Feels like one step forward, two steps back. The Atlanta Legends had the first female head trainer in pro football and an assistant coach on the field. After moving their lives to Atlanta, in five month's time, they're job searching again. 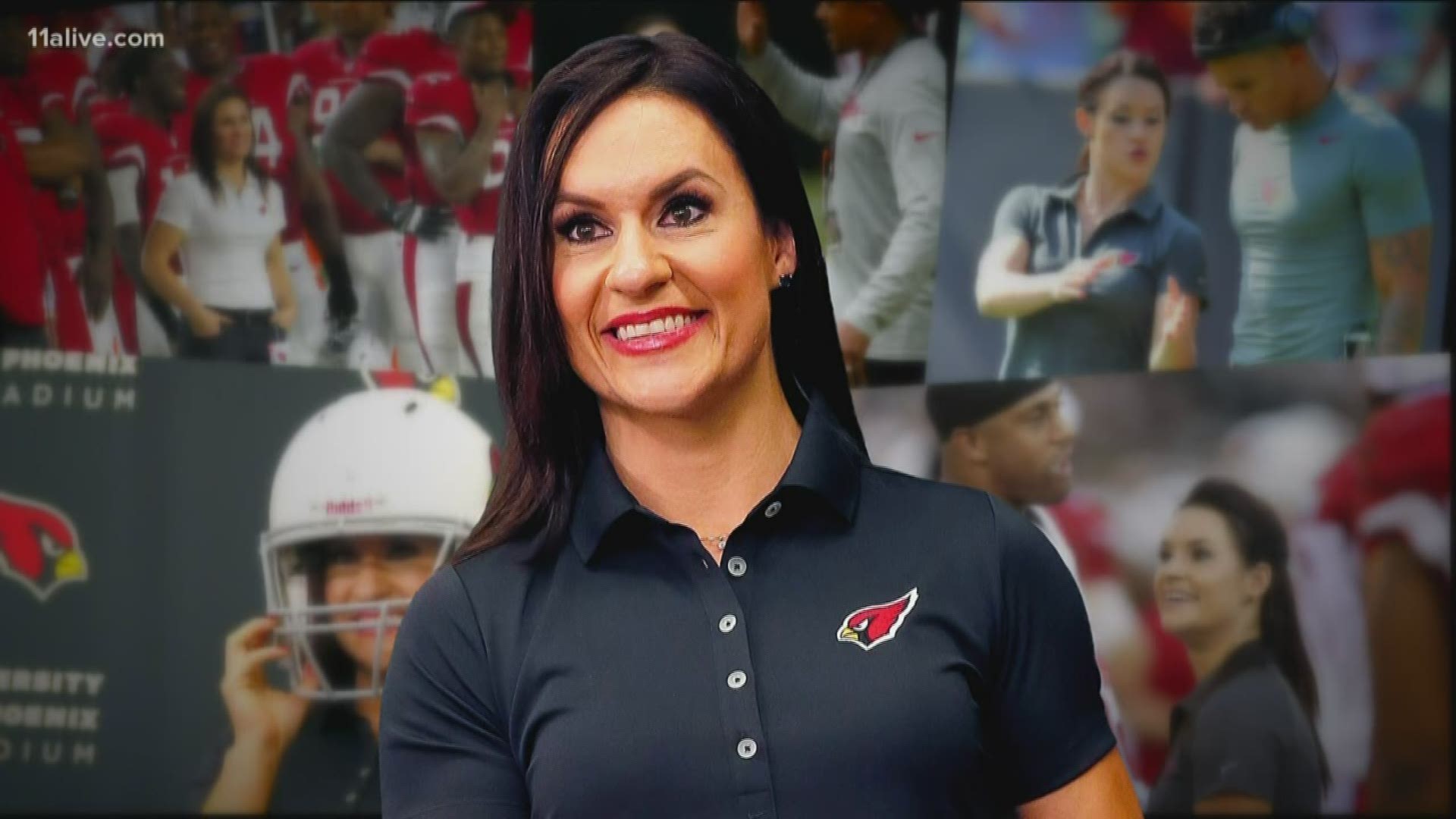 ATLANTA — In early April, the short-lived pro-football league, the Alliance of American Football, folded. The Atlanta Legends were the home team, quarterbacked by Georgia-product Aaron Murray.

After only a couple hours’ notice, coaches, players, and staff learned they no longer had a job. Now, historic parts of this team are part of the fallout.

11Alive was working on another story with them just days before they suspended operations. It was about women in football. The Atlanta Legends had the first female head trainer in pro football, and they had a woman as an assistant coach on the field.

Now that the AAF has disbanded, those women are casualties of the league, and as they’re looking for their next job, what they had to say is even more important.

“I applied to NFL internships when I was in grad school, and I got several letters that said we don’t hire females,” Rachel Sharpe said, head Athletic Trainer for the now defunct team.

The word ‘no’ never stopped Sharpe.

“I’m opinionated, I’m blunt, and I can stand on my own two feet, and I think that has served me really well working with men,” she said.

After an internship with the Titans, the University of South Carolina hired her right out of grad school. She stayed there for almost nine years before she became the first female head trainer of a pro football team with the Atlanta Legends

She was one of two prominent female positions. The Legends had also hired Jen Welter as an assistant coach.

Last month, the Tampa Bay Buccaneers became the first NFL team with two female coaches on their staff. So, is the look of football changing?

She says it’s not about being a woman. It’s about how well you do your job.

“You don’t just come because you’re a female. You don’t just get that female spot on the staff. You are excellent at what you do, and therefore you’re hired to be there,” she said. “That’s what gains respect for females in the field, when men you’re working with say to others, ‘Yeah, she’s great at what she does.’ I think that’s how we create more space for females in football.”

Jen Welter was a player before she was a coach.

“The guys could literally go check my game tape. And they do!” she said.

It started with her high school powder puff game and took her all the way to running back in a men’s pro league with the Texas Revolution. After that she coached linebackers for the Arizona Cardinals before becoming a defensive specialist for the Legends.

She loves these guys as much as they love her.

“A lot of these men have been coached by women their whole lives, right? And this just happens to be a little different, because it’s on a football field,” she said.

Welter says part of the reason she’s been so successful is because strong men have championed her.

“If there are no women in the room, a woman can’t open the door for you. It’s just not possible,” she said. “I don’t think men and women need to be fighting against each other. I think we need to fight for each other. And if you were the first woman in the room, which I have been, then your responsibility is to ensure that you are the first and not also the last.”

Now both women are looking for their next opportunity. Both moved their lives to Atlanta in November, and in only five months’ time, they’re having to do it all again.

Sharpe says she doesn’t regret it. She’s more hopeful than upset. Moving forward, she’s relying on her work to speak for itself.

While the Atlanta Legends are no longer a team, these women will be legends no matter where they go next.