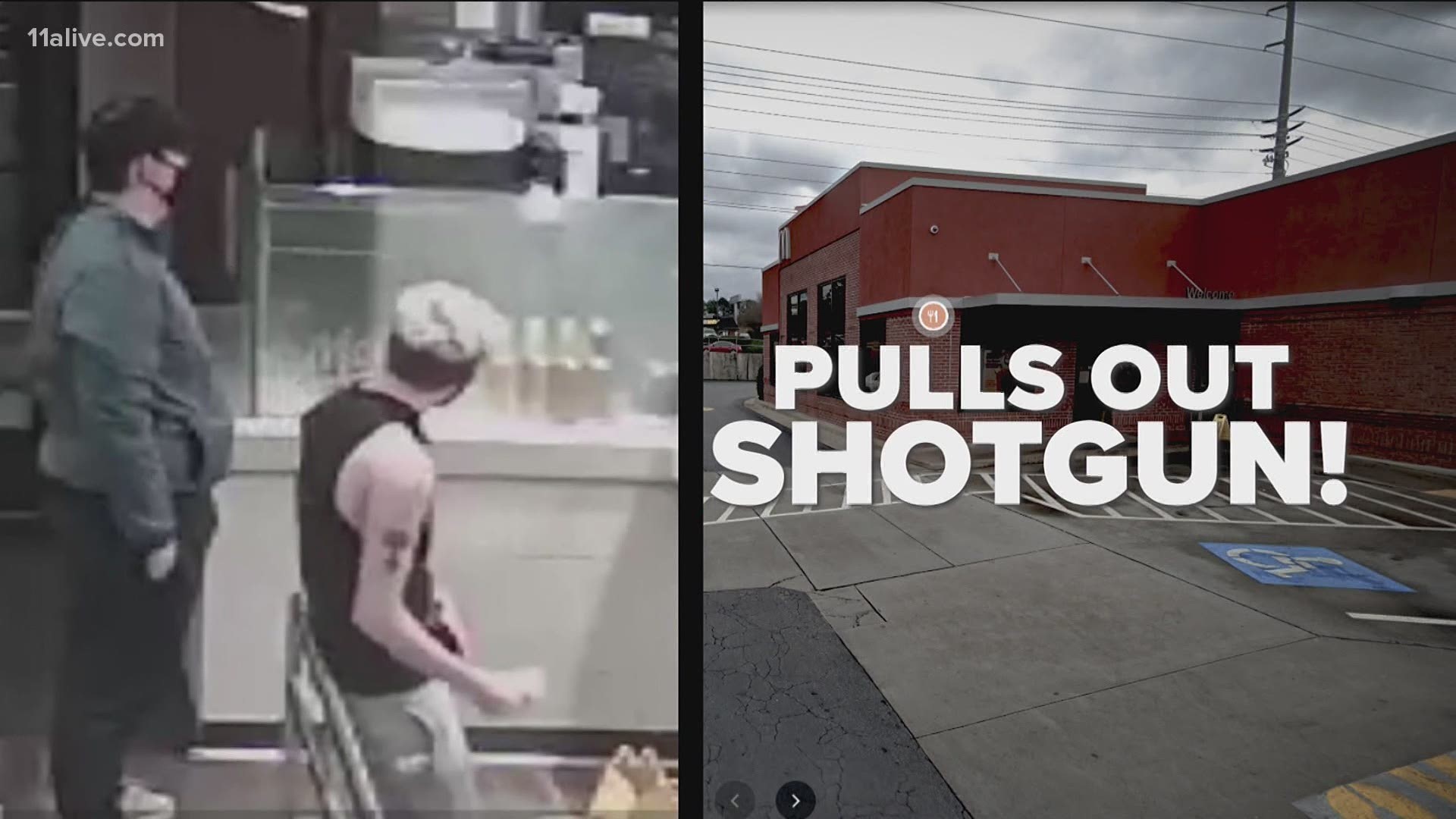 According to a statement released on Friday, the department is investigating an incident that happened weeks earlier, on Feb. 10, at a McDonald's on Highway 92.

According to police, two male suspects entered the store and bought 10 Happy Meals, allegedly with the goal of finding the Pokemon toys inside them. The men then left the food from the meals on the floor of the restaurant, police said.

It's when they were confronted about the act that the incident allegedly took a much more dangerous turn.

"Store employees approached the men about it in the parking lot, and, in return, one of the males pointed a shotgun at the store employees before leaving in what is described to be a black Honda or Kia sedan."

Because of this alarming end to the situation, police have now issued an alert for the two suspects, described as white males in their late teens to early 20s.

One was wearing a sleeveless shirt and appeared to be using a fanny pack or satchel slung over his shoulder.

Anyone with information about either of the two suspects is asked to contact Detective J. LeCour at 770-592-6000 Ext. 1118 or by email at jlecour@woodstockga.gov.  To remain anonymous tipsters can also call the department tip line at 770-592-6021.