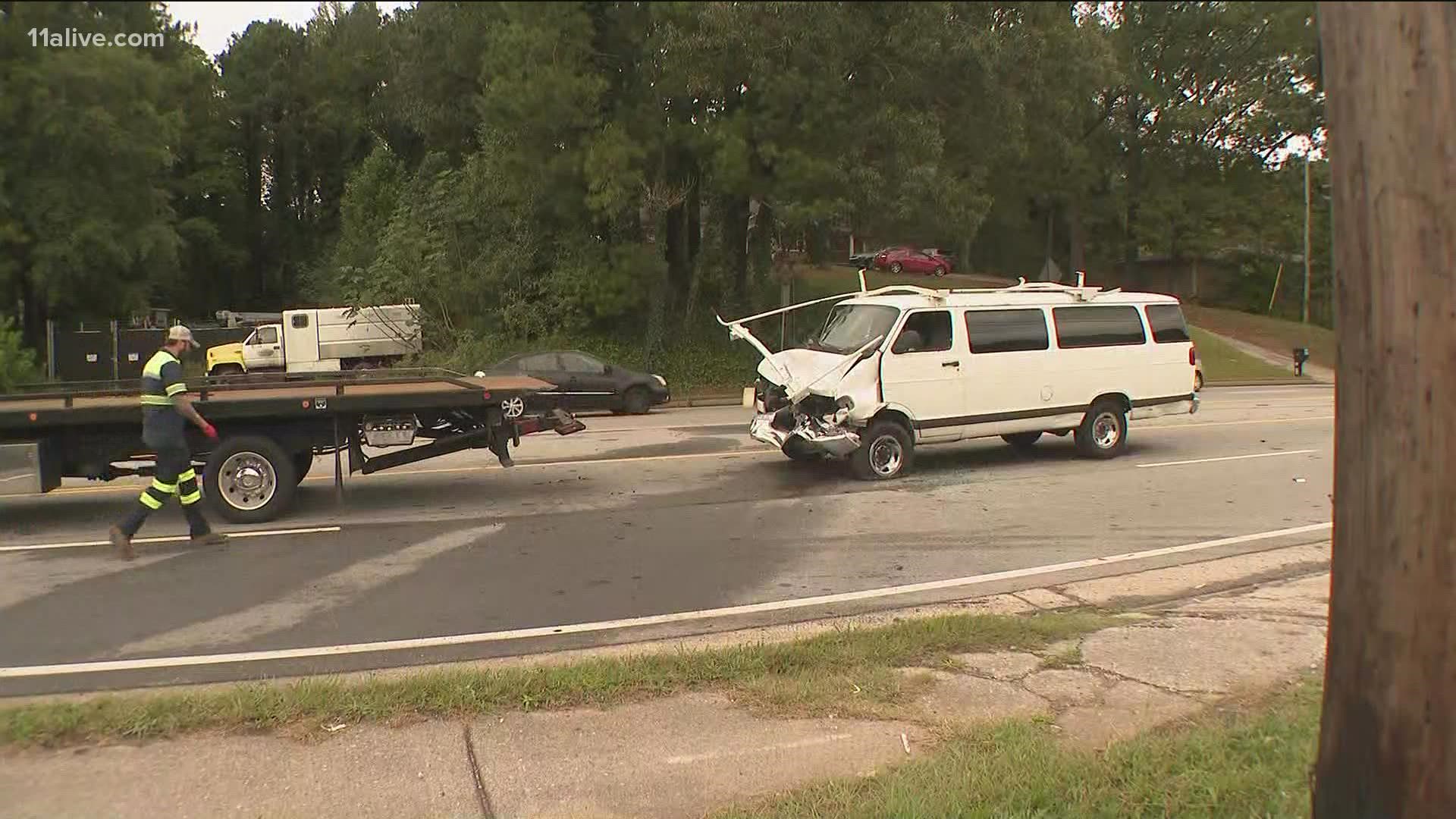 Authorities said around 2 p.m., the highway was shut down for several hours after a man in a white van was seen swerving across all lanes of traffic in the opposite direction on the highway near Davis Street, causing a crash.

Cobb County Police said an off-duty officer was driving eastbound on the highway on his way to work when he spotted the white van near Floyd Road.

The driver of the white van crashed into a family in a truck that had between four and five people in it, police said. They were all taken to the hospital but authorities don't believe any of their injuries are life-threatening.

Authorities said the driver of the white van was found unconscious and driving under the influence of a kind of drug. He was administered Narcan and also taken to the hospital, police said.