Todd Keeling's body was found inside a SunTrust Park beer cooler in June 2018. In a lawsuit, his wife claims the Braves and a list of defendants were negligent. 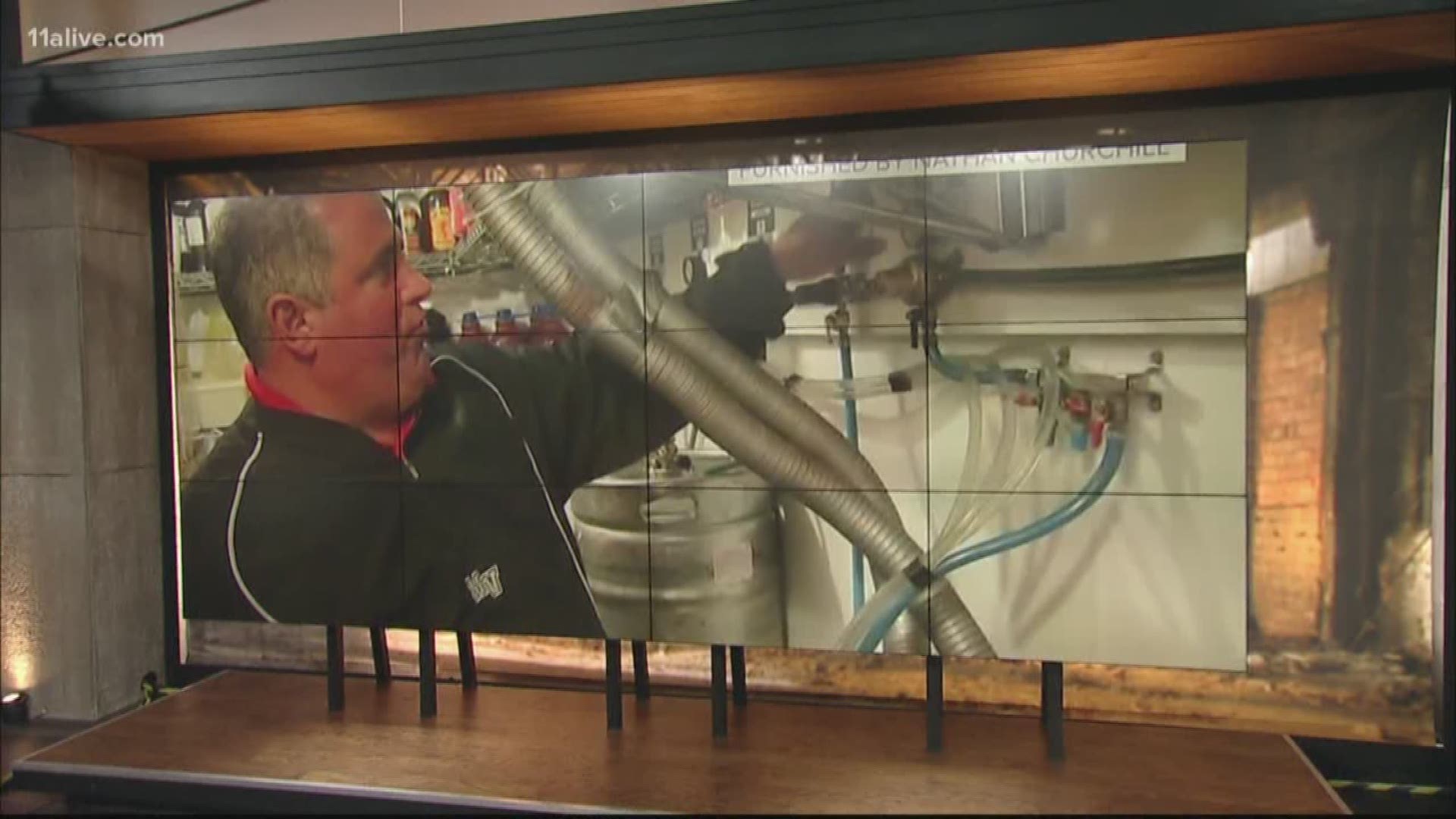 ATLANTA — One year ago, on June 26, 2018, workers found 48-year-old Todd Keeling dead inside a beer cooler at SunTrust Park.

This week Keeling's wife filed a lawsuit in Fulton County State Court claiming the Atlanta Braves, Delaware North Companies Sportservices and a list of other defendants were negligent, leading to Keeling's death.

According to information released by Cobb County officials in 2018, autopsy results indicated that Keeling died of "asphyxia due to carbon dioxide exposure."

Cobb County investigators also found that the door handle to the cooler malfunctioned, which might have prevented a quick escape.

Keeling's family previously told 11Alive that Keeling was working to install a new patented beer tap -- one that he had invented that dispensed beer faster and with less foam – at the ballpark before he died. Keeling had installed the device at two other Major League Baseball parks before his death, according to his family.

An autopsy ruled the death as accidental and Cobb County Police didn't file any charges for Keeling's death.

The violation states "the employer exposed employees and contractors to entrapment hazards while working in beer cooler #331 as the employer failed to ensure the exit door remained unobstructed and/or unrestricted."

OSHA issued a $12,934 penalty for the violation and ordered Atlanta Sportservice to correct the violation by January 17. U.S. Department of Labor spokesman Michael D'Aquino tells 11Alive, though the violation is currently being contested by the defendant.

The lawsuit filed this week states several defendants, "received an email before Todd Keeling's death that there were issues with the door release mechanisms in coolers throughout the stadium."

Also included in the lawsuit, is a claim that before June 26, 2018, "defendants had actual and constructive knowledge of carbon dioxide leaks in the entire distribution system, to include Cooler 331 (where Keeling was found), and the associated hazards but negligently allowed the leaks to remain unabated."

The claim continues with an allegation that defendants failed to install a functioning carbon dioxide monitor, alarm or proper ventilation system.

Atlanta Braves spokeswoman Beth Marshall told 11Alive by e-mail the organization has "no comment/statement due to the litigation."

Family of man who died in SunTrust Park beer cooler: 'He made everyone smile wherever he went'