Young Thug is back in jail

The rapper was arrested last year after police allegedly found drugs in his car. 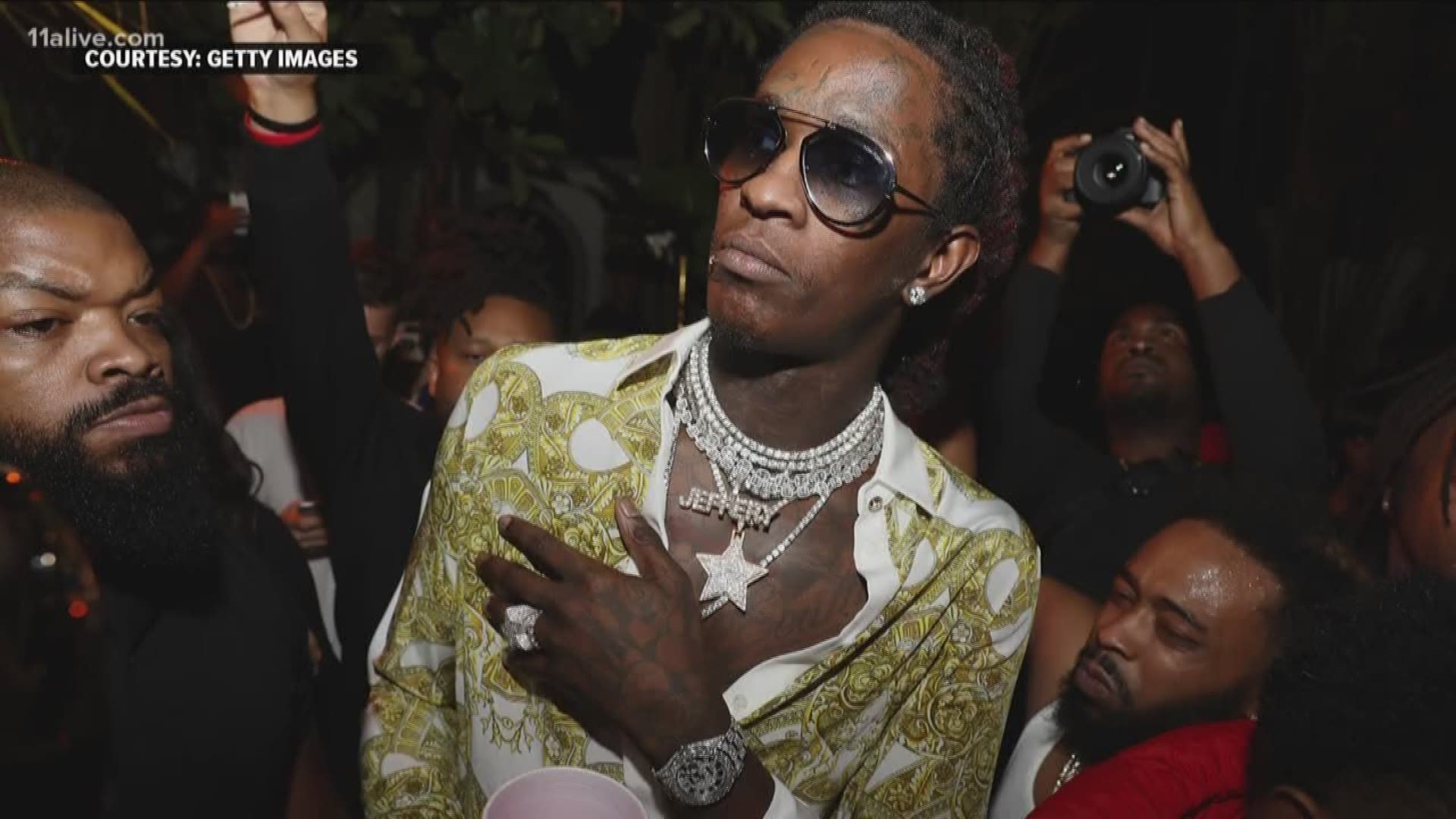 Young Thug is back in jail after failing a drug test, according to the DeKalb County District Attorney's Office.

The rapper, whose real name is Jeffery Williams, was arrested last year after police allegedly found multiple drugs in his vehicle during a traffic stop.

As part of his release, he was supposed to stay clean. However, the district attorney's office said he failed a drug test and Superior Court Judge Gregory Adams revoked his bond on Thursday.