Zephi Trevino didn’t pull the trigger, but this teen girl is charged with capital murder

Zephi Trevino is in jail and charged with capital murder. Her family says she is a victim, not a suspect, and should be released. 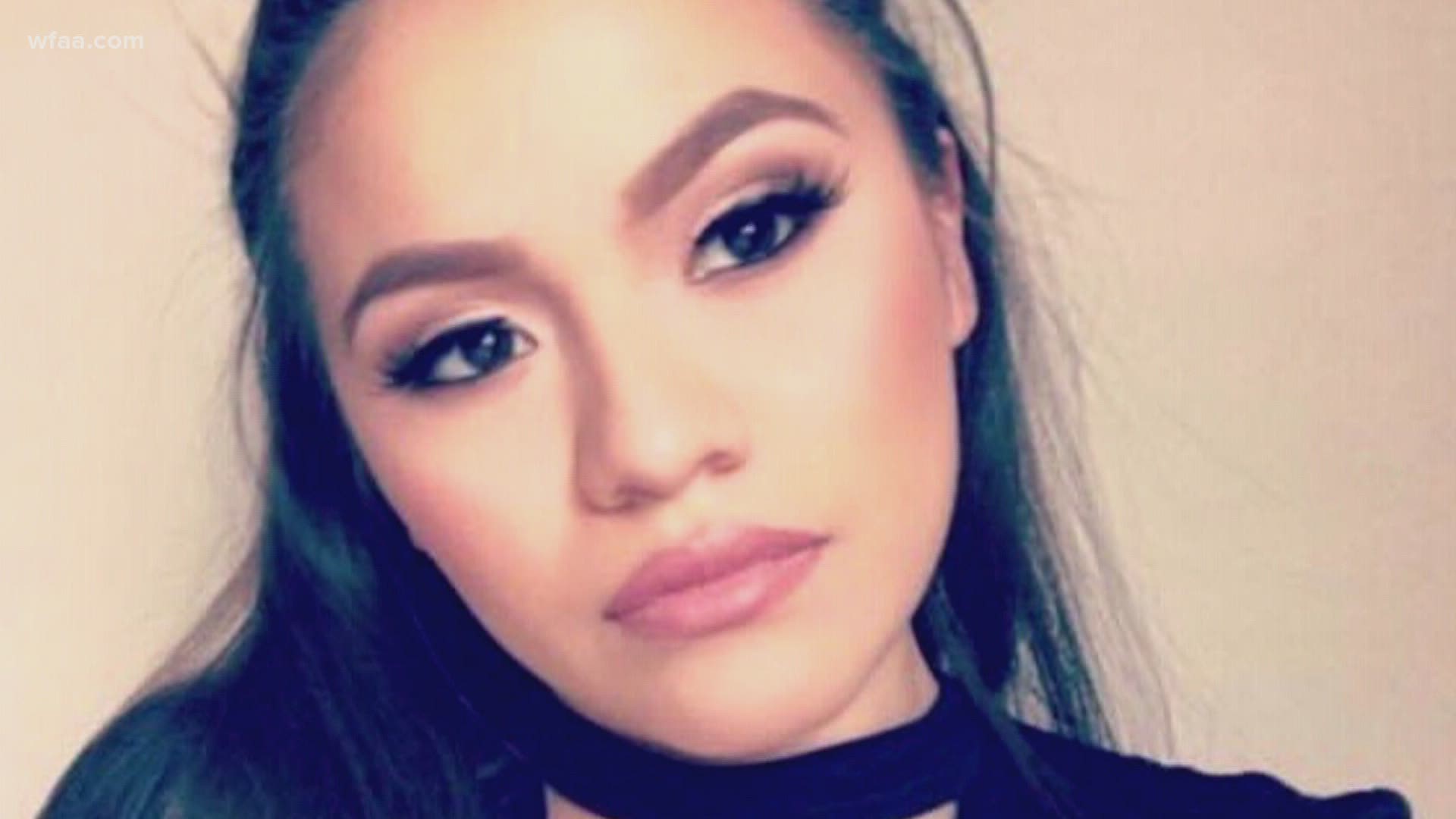 GRAND PRAIRIE, Texas — Editor's note: This story has been updated to reflect the correct spelling of Zephi Trevino’s name.

For a year, Zephi Trevino has been in custody at the Henry Wade Justice Center.

Police and attorneys for all three suspects agree one victim was injured and another was killed in a shooting at the apartment.

But Zephi's parents say she is a victim, not a suspect, and should be released.

Zephi Trevino played soccer and volleyball and was involved at church, until, her mother says, Zephi got involved with the wrong people.

"I think as parents we saw signs, we just didn’t know what they were,” said Zephi’s mother Crystal Trevino.

It wasn't until May 2019 when Crystal realized what was going on with her daughter. At the time, Zephi was 16.

Crystal Trevino calls her daughter a sex trafficking victim and says it can happen to any young, impressionable girl.

She says she even had safeguards for Zephi, including a phone tracker.

“We had things in place that we thought would protect her from a lot of things but it turned into my worst nightmare,” said Crystal.

One evening her mother couldn’t reach her, hours after Zephi said she was going to the mall with friends.

“I kept texting her. ‘Where are you? Come home.’ She just kind of went off the map and we didn’t hear back from her,” said Crystal.

Crystal says when her daughter got home that night Zephi seemed out of it, like she had been drugged, and went straight to bed.

“She woke up probably about 11:30-ish in the evening and crawled up next to me and did not move and cried,” said Crystal.

The night in question

What Zephi Trevino’s parents didn’t know was that their daughter had been at an apartment in Grand Prairie.

She was there with two men, Phillip Baldenegro and Jesse Martinez, who were 18 and 19 years old at the time.

Police say Baldenegro and Martinez, with Zephi Trevino’s help, lured two men to the apartment, then ambushed and robbed them.

Baldenegro has admitted he shot both men, killing one of them.

Baldenegro, Martinez and Zephi Trevino are all charged with capital murder.

“She brought the guys to the apartment and set the whole thing up,” said Finn.

Zephi Trevino’s parents and Baldenegro’s attorney agree the men were there to have sex with Zephi, but Zephi's parents claim Baldenegro was forcing their daughter to have sex for money.

Baldenegro’s attorney says his client admits he pulled the trigger, but he is not a pimp.

“She is no victim. My client Philip Baldenegro is 19 and I think she was 16 at the time. They had a boyfriend-girlfriend relationship that is born out on my client's cellphone,” said Finn.

“And the thought of your child with men. That’s a mother’s worst nightmare,” said Crystal Trevino.

She says Zephi Trevino told her Baldenegro and Martinez threatened to harm her family if she told them what was happening.

“I am angry because she is [in jail]. I’m angry the system has not fought for her and I am upset because she does not have counseling and she needs help to heal and she needs support and she is not getting that,” said Trevino.

A fight for Zephi’s release

Crystal Trevino says her daughter was offered a 10-year plea deal, which she declined. She faces up to 40 years in prison.

Zephi Trevino has been at the Henry Wade Justice center for a year.

For months, Zephi’s parents searched for an attorney to help them free their daughter. Civil rights lawyer Justin Moore is helping the family.

“When I heard the story and kind of what they had been going through and how they thought they were not adequately being represented, I decided to dig deeper and see if I could find a way to help them,” said Moore.

He is a founding board member of the Innocence Project, which has helped secure the release of hundreds of wrongfully convicted people.

“It’s crazy to think that while we are sitting here today, she is sitting in a jail cell awaiting her fate. As a child. She’s a child. What the hell are we doing?” said Flom.

“On what planet does it make sense that we are going to charge her with capital murder? It’s a disastrously failed social policy,” Flom said.

The district attorney and prosecutors are prohibited by law from talking about juvenile cases. Moore says that’s part of the problem -- almost everything in the juvenile courts is done in secret.

”I think we have a system that when children are being prosecuted, it’s hard for the parent, child, and counsel to be on the same page because of the privacy laws that juveniles are, quote-unquote, 'protected' by,” said Moore.