An Atlanta entrepreneur is using technology to curb food waste and combat hunger. 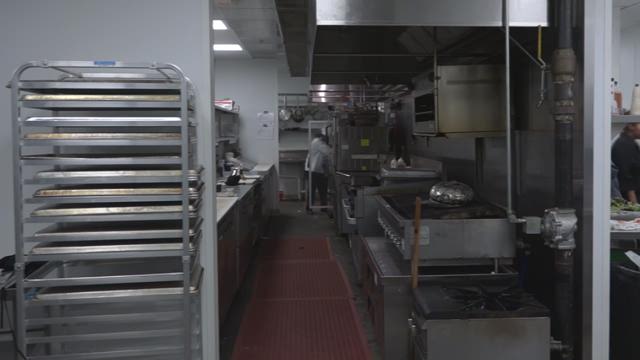 An Atlanta entrepreneur is putting technology to the test to ensure that surplus food doesn’t go to waste.

Jasmine Crowe has been fighting hunger in Atlanta since 2013, when she first started her “Sunday Soul” series, feeding more than 50,000 people in the homeless community

“People were asking which restaurants donated the food,” Crowe said. “The reality is no one did. I started thinking about all the time I spent going to the grocery stores, cooking, really trying to put these events together to feed these vulnerable populations and wondering why restaurants weren't donating the food."

"I started to do research on food waste, and I was blown away when I learned that 72 billion pounds of food was going to waste every year," Crowe said.

The statistics inspired the young entrepreneur to turn those numbers around.

“I thought, ‘Wow, it would be really great if there was an Uber Eats in reverse that went to pick up food and got it to vulnerable populations,'” she told 11Alive.

She set out to make the idea a reality, developing Goodr, a sustainable food waste management company and app set on combating hunger and reducing food waste.

Businesses, such as Hartsfield-Jackson Atlanta International Airport and The Gathering Spot, have taken part in the private beta testing phase. With a click of a button, restaurant and business owners can schedule a food pickup and drop off to those in need.

"We've hosted nearly 2,000 events here at The Gathering Spot and after a function, all the food is thrown away,” Ryan Wilson, CEO of The Gathering Spot, said. “Goodr really comes in at a critical point after the event is over and get that food to people who need it."

The app also allows users to track their estimated tax deductions as well as see in real time when food is delivered.

"It makes it really easy,” Wilson said. “The tech component of the entire businesses essential for what they’re doing and makes it easy for us to see exactly how much food is actually being delivered."

And the food doesn't go far, staying within a five- to 10-mile radius from pickup.

“It allows our clients to direct social change right in their own backyard,” Crowe said, “but it also ensures food travels safely and very quickly to its destination.”

The young entrepreneur said Goodr’s staff are certified in food safety to guarantee proper transport and distribution to those in need.

“We service a lot of shelters, veterans’ homes, senior centers,” Crowe said. “But we also take food directly in the community with some of our community nonprofit partners like the Andrew and Walter Young YMCA.”

With groups like the YMCA, Crowe and her team of volunteers and chefs are able to repurpose the food and take it right to people’s homes.

Since January, Goodr has rescued 90,000 pounds of prepared food. Crowe said that doesn’t include fruits and vegetables and other supplies rescued. Yet, her team focuses on the convenience of prepared foods given many families and individuals lack the means to prepare canned items.

“When we were giving people traditional food from food banks, we're relying on them to actually be able to prepare that food,” Crowe said, adding some families may be living on pre-paid electrical bills and microwaves in lieu of full kitchens.

“We’re focusing on prepared meals because we think that fights hunger head on,” Crowe said.

Goodr plans to roll out the app across Atlanta in early 2018.