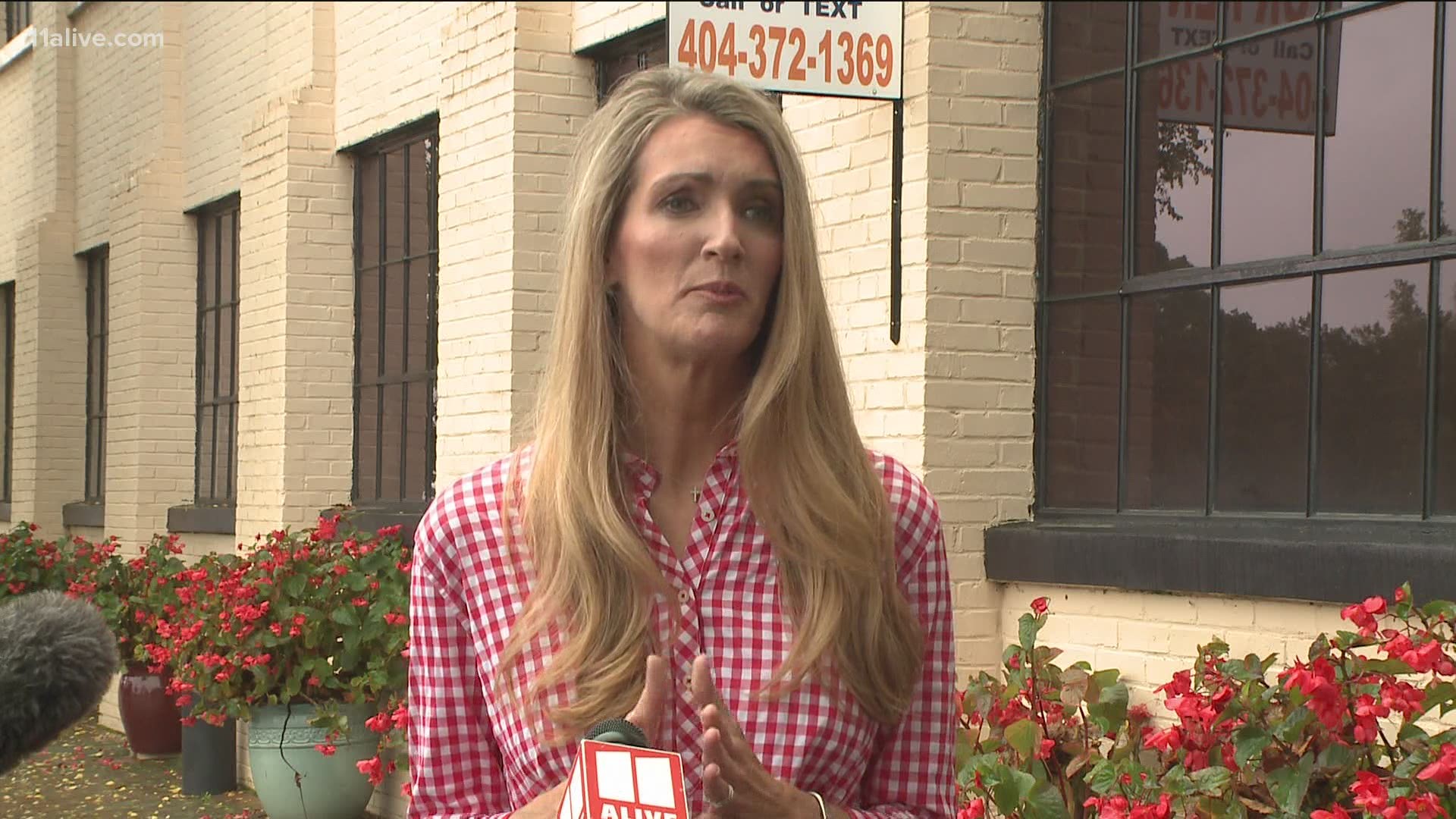 BUFORD, Ga. — Sen. Kelly Loeffler said Wednesday that she doesn’t disagree with anything President Donald Trump has said or done.

Earlier this month during a debate, Loeffler was asked if President Trump had ever said or done anything she’d disagreed with. Her answer was emphatically “no.”

Loeffler told reporters Wednesday that she doesn’t know anything about an Access Hollywood tape made in 2005 in which Trump described sexually assaulting women. This came up again after Loeffler said she doesn’t disagree with anything Trump has said or done.

Loeffler has been running to keep the seat to which she had been appointed in the US Senate, and boasts that she is the Senate’s most reliable supporter of the president.

Republican US Rep. Doug Collins is trying to beat Loeffler in November's "jungle primary" special election to get into a runoff in January.

During an event on Wednesday, Loeffler was asked again about any disagreements with Trump. She answered by talking up her support for the President.

The Access Hollywood tape, made in 2005, emerged in October 2016 while Trump was wearing a microphone. A camera rolled out of his eyeshot and recorded Trump saying he could "grab" women by their genitals because he was a star and could get away with it.

Although the furor over the tape has abated, it is frequently cited by Trump's critics. They contend it backs numerous allegations made over the years by women who have said Trump sexually abused them.

When asked about the tape, Loeffler dodged the specifics.

"Look, I agree with the approach President Trump has taken since day one to put America first. What I am focused on is working for Georgians in Washington and being their voice. And being a conservative champion for Georgians," Loeffler said.

A reporter noted that her answer didn't address whether she had any issues with Trump's comments, Loeffler said "I'm sorry. I'm not familiar with that."

Reminded that it was the Access Hollywood tape, Loeffler dodged again and said that she would always stand by President Trump.

Trump dismissed it as “locker room talk” and won the presidency a month after it was released.