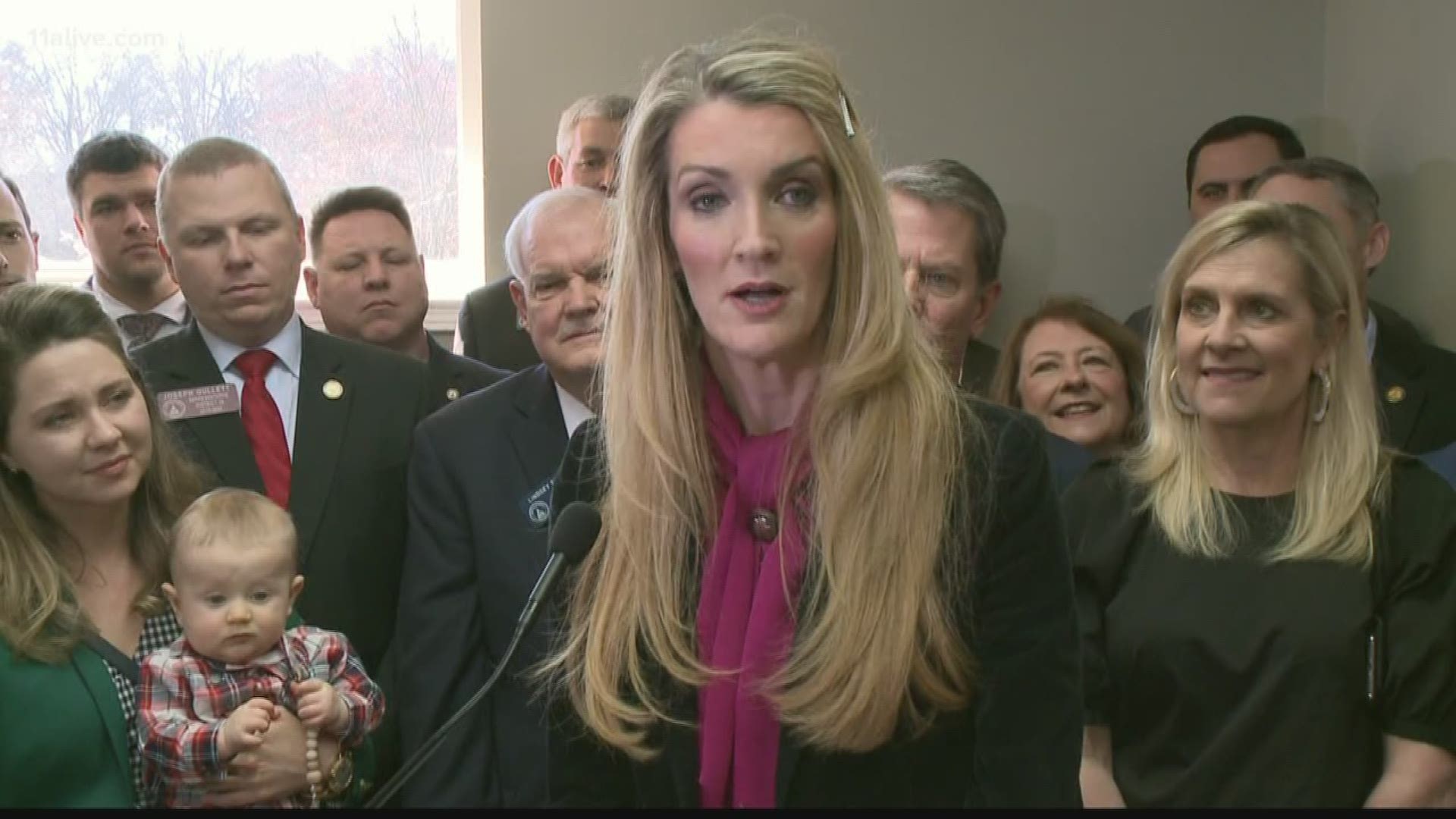 MARIETTA, Ga. — Georgia’s newest US Senator made a rare campaign appearance in Marietta Friday, burnishing pro-life credentials to try to fight off a challenge from Republican Congressman Doug Collins. And she’s converted a former skeptic.

Loeffler was at the center of a tour of a pro-life women’s clinic just a few blocks from the Marietta square.

In tow was Gov. Brian Kemp – the man who made the controversial call to appoint the wealthy campaign donor and political newcomer to fill the senate seat of Johnny Isakson.

"I’m impressed. She’s only been up there a month, but she’s already getting the job done," Kemp said in prepared remarks.

RELATED: Trump thanks Loeffler for 'downright nasty and mean' support during impeachment

Kemp is more impressed than Collins, the north Georgia Republican who says he will challenge Loeffler in this November’s special election. He was recently endorsed by former Arkansas Gov. Mike Huckabee.

Loeffler’s visit here was staged to show her anti-abortion commitment – an issue that she hopes will draw a core of conservative voters to her candidacy.

"They understand my pro-life focus. I’ve backed that up by my action in the senate sponsoring four pro-life bills," Loeffler said.

They even also featured an about-face by the anti-abortion Susan B. Anthony List – which warned in November that Loeffler’s presence on the board of Grady Hospital, which it called “a training ground for abortionists” should "disqualify her” from the senate seat.

But in Marietta, the woman who wrote that retracted it and described Loeffler as a pro-life partner in Washington.

RELATED: How Kelly Loeffler adds to the history of women in the U.S. Senate

"Just say that I was surprised by joy and didn’t realize fully who Kelly was then," said SBAL president Marjorie Dannenfelser. "But now I know, and we’re excited about the future."

Meantime, Collins' spokesman Dan McLagan sent a statement saying "Doug Collins' pro-life credentials are second to none.... and were earned through years of fighting for the cause."  McLagan's statement noted the change-of-heart by the Susan B. Anthony List, saying "it makes you wonder what kind of deal was struck" for Loeffler to flip its criticism into an endorsement.

Loeffler is expected to get another Democratic opponent next week when former US attorney and state senator Ed Tarver of Augusta announces he’s running.