Georgia Tech credited the victim of a deadly hit-and-run with "recent advances" in the security field. 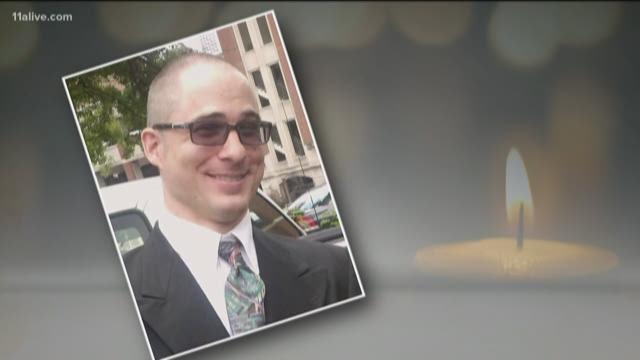 ATLANTA -- Police are still looking for a man who hit and killed a cyclist while driving a stolen car.

It happened Monday afternoon near the Georgia Aquarium.

Police have now identified the man on the bike as 37-year-old Andrew Whitlock. Now, we’re learning a bit more about the victim of this senseless crime.

His profile picture gives off a vibe of a man who didn’t take himself too seriously. But according to Georgia Tech, he was razor sharp and doing some very serious work in cybersecurity.

Whitlock worked in the Cybersecurity, Information Protection, and Hardware Evaluation Research (CIPHER) Lab and the institute credits him with “recent advances” in the security field.

He lived on Forsyth Street in downtown Atlanta and biked to work each day. We know because the guys at Vintage Barbershop, at the base of his building, would see him pass by and sometimes even wave.

“The cyclist community, you know, we are pretty tightknit,” Cedric Johnson said. “If you see a cyclist … passing you definitely throw your hand up and that simple gesture of just throwing your hand up is like be safe. We’re out here - anything can happen just be cautious and aware of where you’re at.

Cedric is a cyclist too – he bikes from Midtown every day – and knows how crazy it can get on the Atlanta roads.

“If they see you, you might get a curse word, honk the horn, so it’s difficult riding as a bicyclist on the streets with the motorists,” he said.

When he heard about what happened to Whitlock, it hit home – especially since it happened on a street he rides down all the time.

“I don’t have to ride down Lucky [Street] but I rode down Lucky plenty of times,” he said. “I ride my bicycle every day to and from work so that could’ve been me out there.”

Police have found the car that hit him. But since it was stolen, it doesn’t trace back to the driver.

As officers search, Cedric says he’ll keep an extra eye out on the road, too.