Man rescued from floodwaters after clinging to tree all night long 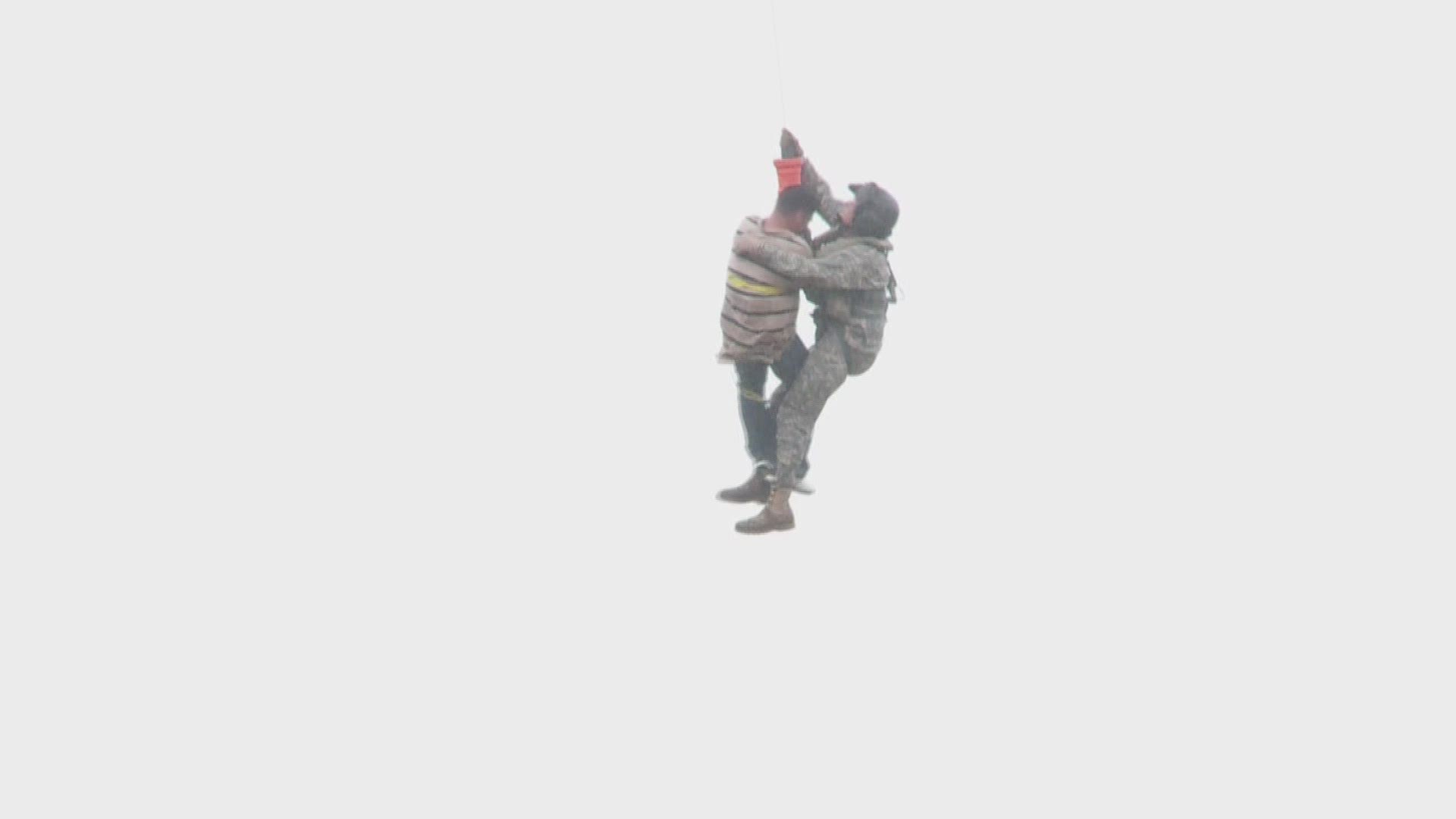 NEAR AMITE – A man whose truck got swept away by floodwaters on Highway 16 outside of Amite spent the night on top of his truck and later clinging to a fallen tree before being rescued nearly 8 hours later.

The dramatic rescue of the man, who did not give his name, occurred live on the Eyewitness Morning News when a chopper showed up and a National Guardsman grabbed him while tethered to a line and he was carried to safety through the air.

The man said he was driving his truck on the highway when the water rose high and swept his truck off the road. He said he initially stayed on the roof and called 911 but was told they couldn’t get to him right away, “probably because of the darkness,” said the man. 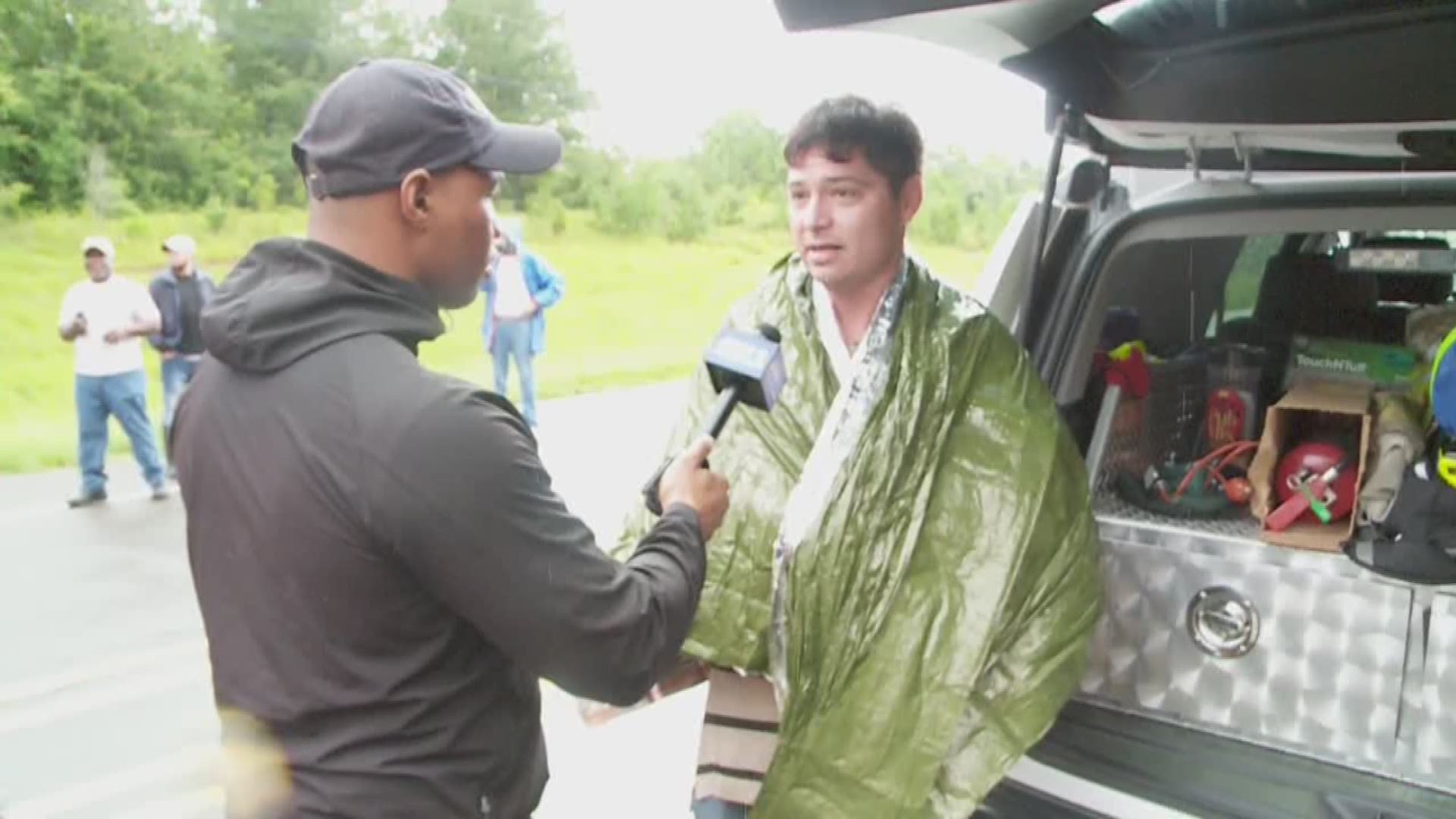 He said the water atop his truck eventually got to his waist and he was scared that he would be washed away, when fortune turned his way.

A large tree fell into the road and the man swam to it, clinging for safety for more than 8 hours.

The man seemed to be in good condition but said he was very cold from the night in the cold water. 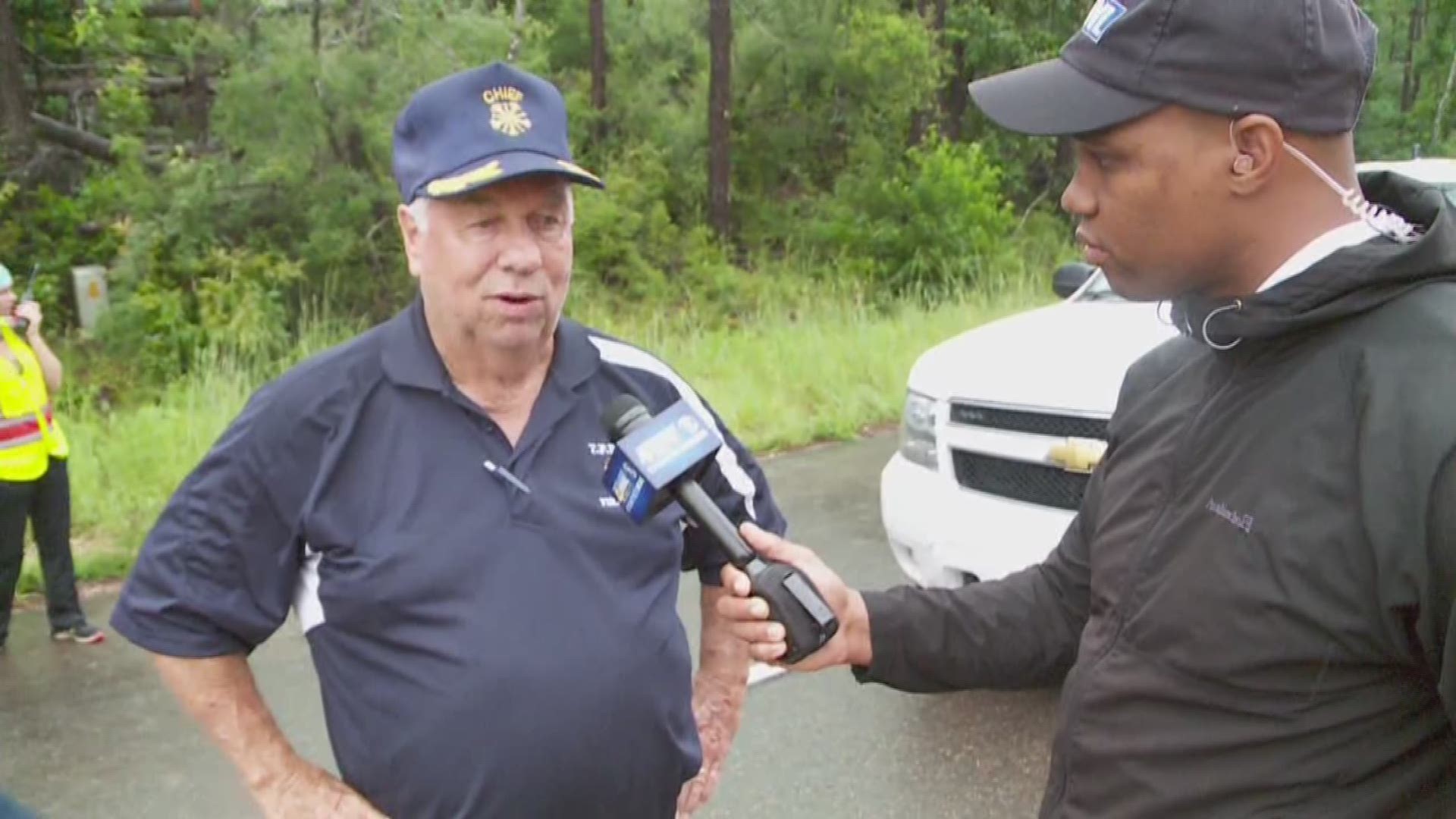 Fire Chief Bruce Cutrer orchestrated the rescue and said after analyzing the situation, the chopper was the only option.

"There was only one way to safely get him out of there and that was to airlift him," Cutrer said. "The guy was smart enough to stay where he was. If he had left there, he would have been swept away and drowned in the floodwaters."

Cutrer did want to emphasize that people should stay off of roads and obey signs. He said the man went around a "road closed" sign, which put him in peril.