Man charged after drunken jump from upper floor at Hartsfield-Jackson

The dangerous act was caught on video and apparently occurred after an argument, authorities said. 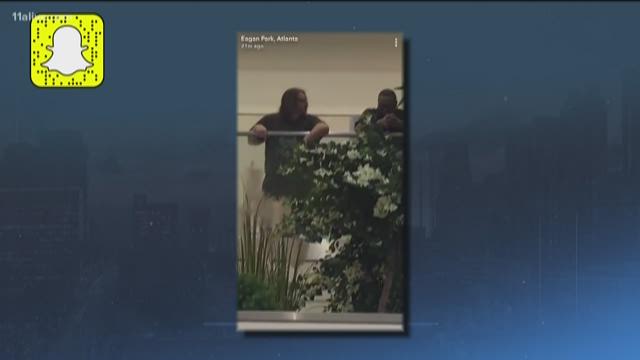 A man has been taken to an area hospital with serious injuries after jumping upper-floor railing at Hartsfield-Jackson International Airport.

According to airport spokesperson Reese McCranie, the incident apparently began with an argument between two passengers. One became "visibly irate and belligerent."

Atlanta police spokesperson Stephanie Brown added that the man, later identified as 32-year-old Kyle Phillips, appeared to be intoxicated and began threatening other travelers outside the Terrapin Brewery in Concourse D.

As airport personnel arrived at the scene, Phillips jumped over the rail. Videos of the confrontation on social media record him saying "shoot me" before leaping to the lower level.

Despite the severity of his injuries, Brown said that the Phillips was "alert, conscious and breathing" when medical staff took him away. Phillips now faces charges of disorderly conduct and intoxication.

11Alive is working to gather more information about the incident.

Just before he went over the rail. pic.twitter.com/JCxs2wP2HU