Moved by the kindness she was once shown, the stranger said she wanted to do the same for someone else. 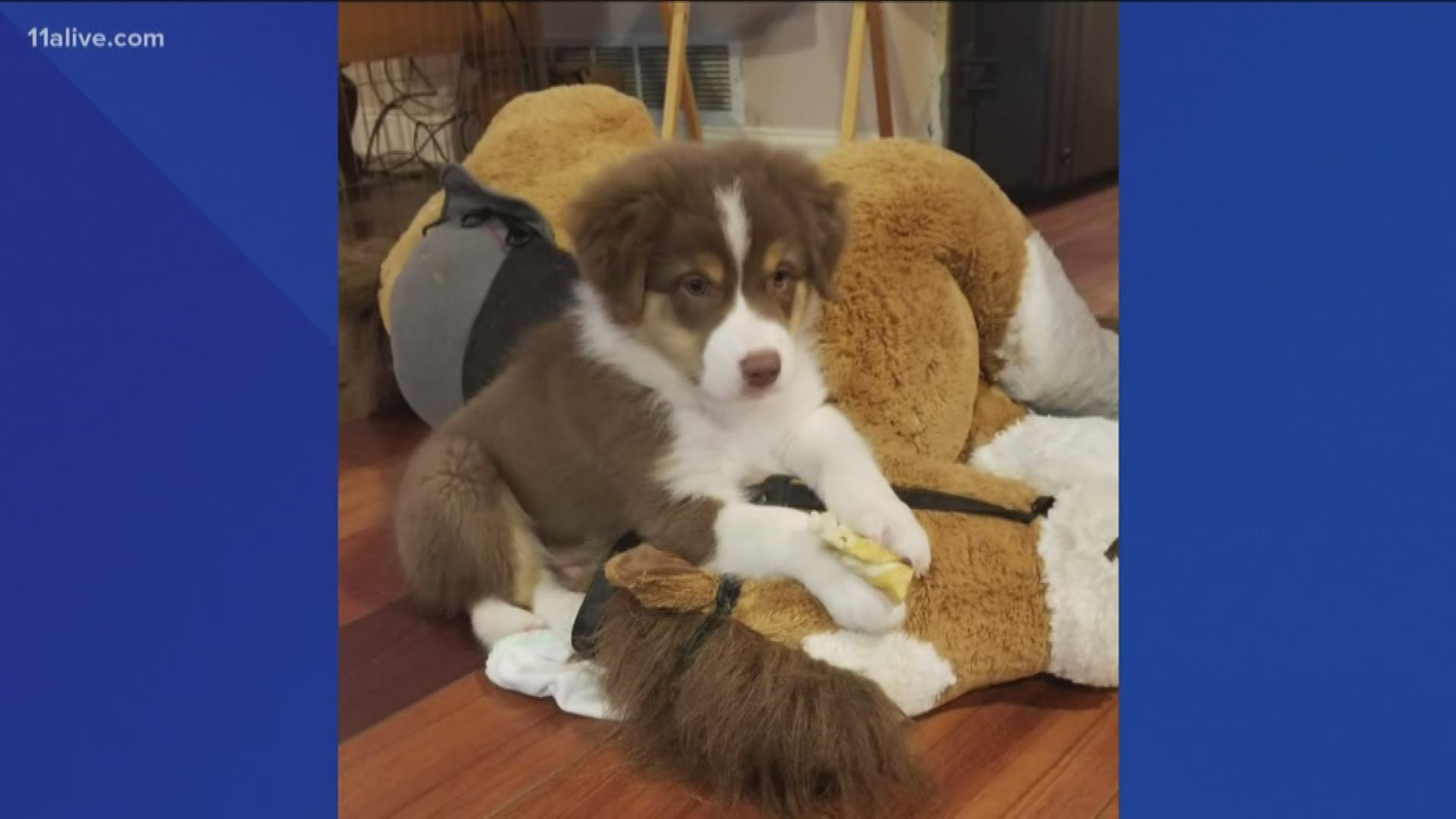 MARIETTA, Ga. — A Marietta couple grieving the loss of their dog after a swim at Lake Allatoona have a something to smile about, again, thanks to the kindness of a stranger.

11Alive first reported Morgan and Patrick Fleming's story after they shared that a fun trip to the lake with their dog Arya ended in tragedy. Their border collie died less than an hour after swimming in the north Georgia lake.

"We took our sweet Arya to the lake and had the best day playing ball and swimming around! About 30 minutes later on the drive home, we noticed her making weird noises ..." Morgan wrote in a Facebook post.

Fleming told 11Alive's Elwyn Lopez there was no autopsy done on the border collie, but Fleming said according to the vet, the dog died "most likely" due to a lake toxin, like blue green algae. Fleming said they believe this based on the pup's symptoms and how rapidly they developed.

PREVIOUS: Marietta couple shares warning on toxic algae after dog dies less than an hour after visit to Lake Allatoona

Tracie Reese saw the couple's story on Facebook and it struck a chord with her.

"I had a tragedy happen to me," she shared with 11Alive. "I had a mini therapy horse, and it was in its pasture - where it should have been safe - and she was running, fell and fractured her leg and she had to be put down."

"(The post) got around to a lady named Carol Lowry of south Georgia, who raises and trains mini therapy horses, and she reached out to me, and she was my angel," Reese recounted. "She gave me the cutest little 25-inch therapy miniature horse named Snitch. My heart was broken into a thousand pieces and he really mended, and I didn't think anything could, and he did."

Moved by that kindness she was once shown, Reese said she wanted to do the same for another.

"She was my angel, and I wanted to pay it forward to Patrick and Morgan," Reese explained.

The Marietta woman said they just welcomed a new litter of puppies, and she knew she wanted to help bring joy back into the Flemings' life. So she reached out.

"They said would be delighted to come over and meet Hank," Reese recounted.

She said they were still heartbroken over the loss of their collie, yet they were excited to meet Hank.

"He actually took to them," Reese said, describing how Hank fell asleep in Morgan's lap, something he'd never done with another person before. "They're the sweetest people, and they eagerly fell in love with Hank."

Photos: Marietta couple who lost dog after swim in lake gifted new one

Reese said she knows nothing can take the place of their dog Arya, but she hope Hank helps them as they grieve.

"He will go a long way in mending their hearts," she said. "And that was my purpose - to just help them feel better."

Reese added that she hopes more people are willing to show a little more kindness to each other - like she was shown once before.

"I hope people start doing more things that are generous to other people. Just be generous and giving," she said. "In today's society, it's not as happy and warm as it once was, and I think if people could just pay it forward for other people that are hurting, it would be a much better place."

Man accused of exposing himself to hotel housekeeper falls to his death trying to escape: Police

Video: Woman attacks rideshare driver, bites him on his side