Marijuana could soon be decriminalized in Fulton County, as it is in Atlanta 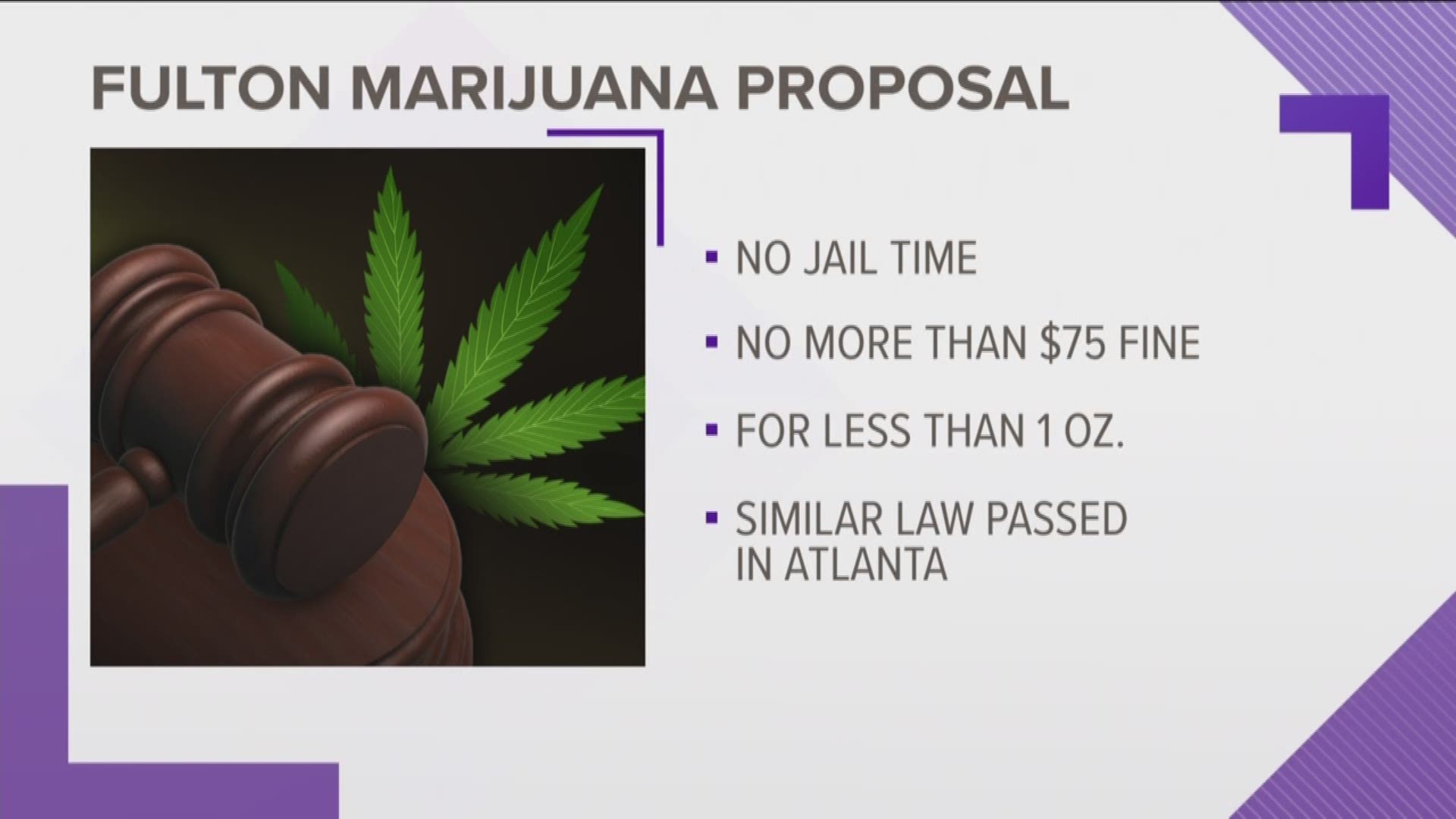 FULTON COUNTY, Ga. — The Fulton County Commissioners are discussing an ordinance that would eliminate imprisonment and impose a fine for people found in possession of marijuana.

According to a statement, the change would be "amending the penalty provision of a loitering or disorderly conduct conviction 'based solely on the possession of less than one ounce of marijuana' to no more than $75.00 and no imprisonment."

The meeting is on Tuesday, Feb. 7 at 3 p.m. at the assembly hall inside the Fulton County Government Center. 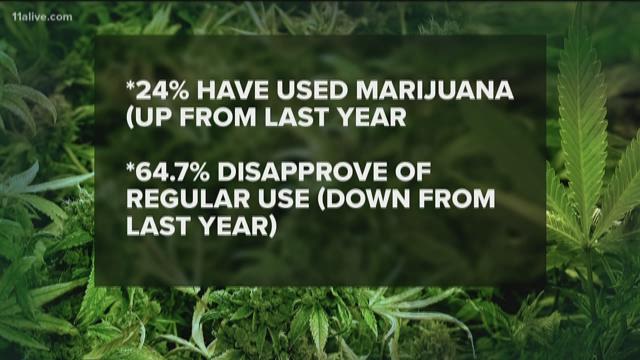 In Atlanta, a similar ordinance took imprisonment off the books for people caught with less than an ounce of the illegal drug. The ordinance also reduced any potential fine to a maximum of $75.

Punishment is now essentially a citation – like a traffic ticket.

Under their previous law, possession of marijuana within the City of Atlanta was punishable by a fine of up to $1,000 and imprisonment for a period of up to 6 months.

WEED IS NOT LEGAL IN ATLANTA

A vote to decriminalize is not a vote for legalization – marijuana is still very illegal. The decriminalization vote proposed a change to the way people are prosecuted after being found in possession of marijuana within the city limits of Atlanta.

It won't change the way DUI's are prosecuted.