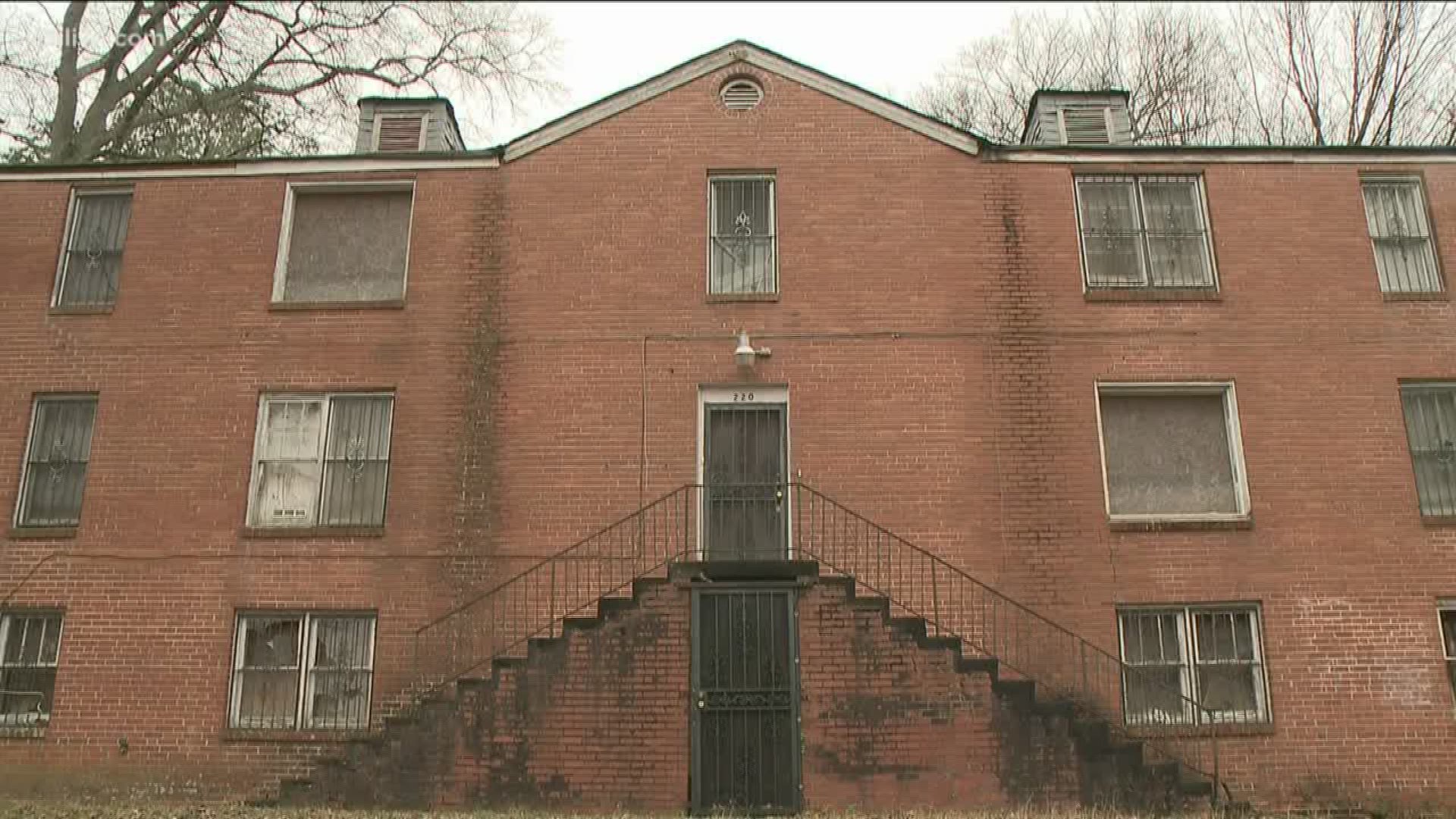 ATLANTA — A nonprofit based on Atlanta’s west side is acquiring and preserving a historic property that appeared destined to be demolished.

The historical significance of the property didn’t emerge until the King Center announced last year it would be razed to provide parking for a National Park Service historic site next door. That site, at 234 Sunset Ave., was the home of Dr. Martin Luther King Jr. and his family at the time of King’s assassination in 1968.

The Park Service told 11Alive News last week it anticipates opening the King site to the public sometime in 2022.

The three-story apartment building next door has been empty for years. There are large holes in the roof, which has caused much of the brick building’s interior to deteriorate.

Members of Maynard Jackson’s family said last year that they were agreeable to razing it.

Jackson spent much of his childhood at this apartment, and at another house on what was formerly known as Houston Street, under the care of his grandfather John Wesley Dobbs. That street was renamed to honor Dobbs, a leading African American figure in Atlanta during segregation. The Dobbs house is now a privately owned residence.

Residents in Vine City called for the preservation of the Sunset Avenue apartment building as a way to honor Jackson, who lived there in the 1950s with his family.

His father Rev. Maynard Jackson, at one time was the pastor of the westside’s historic Friendship Baptist Church. His mother, Dr. Irene Dobbs Jackson, was a French teacher at Spelman College.

John Ahmann, president of the Westside Future Fund, says the WFF purchase will enable the entity to raise money for renovation and to transform it into affordable housing for AU Center students.  No timetable has emerged.

How Atlanta became the culture capital of the nation

Atlanta Public Schools is preserving a piece of Atlanta History