A message on their voicemail says "This Sam's club is closed effective January 11" and points callers to their website to find an open location. 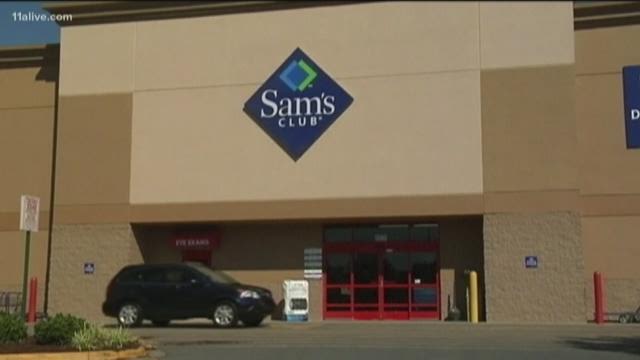 LITHONIA, Ga. – The Sam's Club in Lithonia on Turner Hill Road is closed.

A message on their voicemail says "This Sam's club is closed effective January 11" and points callers to their website to find an open location.

A security guard is standing in front of the store informing people that it's closed. A sign on the door reads, "We regret any inconvenience" and people who are showing up are confused.

"We don’t take this lightly and decisions like these are incredibly difficult," Walmart spokesperson Amy Wyatt-Moore said about the closing of the Lithonia store. "This decision is based on a number of factors, including financial performance."

Wyatt-Moore said the company hopes that workers at that location will transfer to another location and "we'll begin working to make that happen."

LIST | These are the Sam's Club stores that are closing

"Hourly associates will continue receiving compensation for 60 days while they look for other opportunities in nearby clubs or Walmart stores," she said.

If employees haven't transferred after the 60 days, they'll receive a severance, Wyatt-Moore said.

The Mayor of Stonecrest said they are outraged.

"How does a corporation close a store in a city that's doing very well and they don't even let employees know about it," Mayor Jason Lary said.

The Lithonia store is one of 63 closing around the country. USA TODAY reports that of those locations, about 50 will be going out of business for good. Some locations closed Thursday while the remainder will be shuttered over the next three to four weeks, a Walmart official said.

In Houston, several stores closed and the employees said it was without notice, telling reporters there that they only learned of the closure when they arrived to work.

"Hi, After a thorough review of our existing portfolio, we’ve decided to close a series of clubs and better align our locations with our strategy. Closing clubs is never easy and we’re committed to working with impacted members and associates through this transition."

Walmart is boosting the minimum hourly wage for its U.S. employees to $11 and dishing out bonuses of up to $1,000, crediting President Trump's tax cut for enabling the move.

Walmart's wage increase will take effect in February. Walmart said the one-time bonuses would cost the company $400 million and will be based on length of service. Employees who have worked for at least 20 years will get the full $1,000.

The company is also boosting its paid maternity leave policy for full-time hourly workers to 10 weeks at full pay. Previously, birthing mothers got six to eight weeks at half pay.

Walmart is also increasing its paid leave policy for new fathers and non-birthing mothers to six weeks at full pay for full-time hourly workers. Previously, the company didn't offer any paid leave for them.

The changes in parental leave put salaried and hourly workers on the same footing.

Walmart also said it would offer financial help to full-time hourly and salaried employees who are seeking to adopt children.

The minimum wage increase comes about a year after Walmart hiked hourly pay to at least $10 for most workers.