The latest object of Robert Wagner's glee is a massive mural covering the entire coved ceiling of one of his barns. 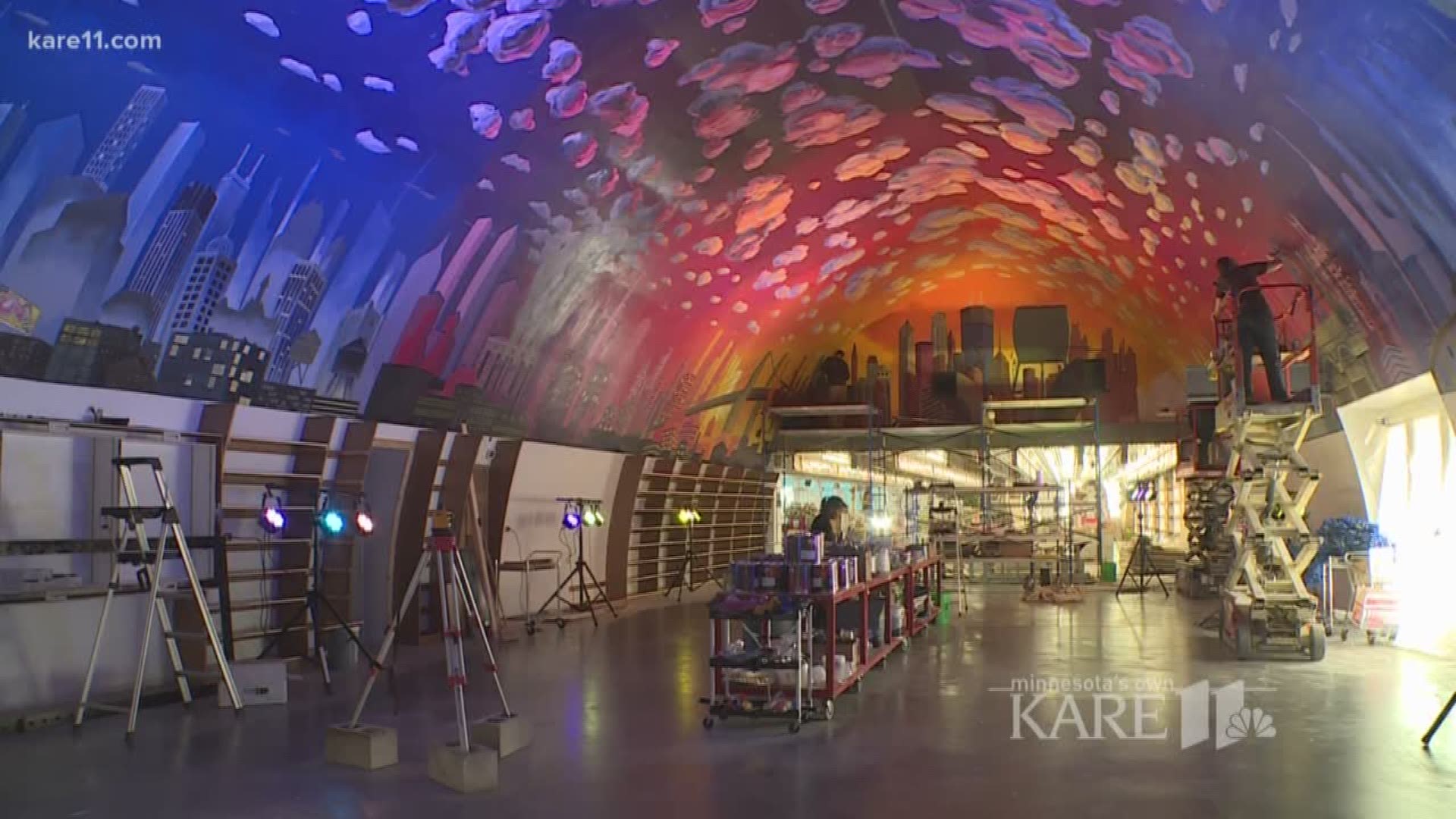 JORDAN, Minn. - You've heard the adage about a kid in a candy store. Robert Wagner is the adult version.

“This is just incredibly awesome, this is so much fun,” the owner of Minnesota’s Largest Candy Store says.

RELATED: MInnesota's largest candy store does business its own way

The latest object of Robert’s glee is a massive mural covering the entire coved ceiling of one of his barns.

Five minutes with Robert, and it’s easy to realize the superhero-inspired painting is aimed both at bringing in customers and providing for Robert’s own amusement.

“It just makes the winter so much fun to have a project to work on,” Robert says.

Eleven artists – some flown in from other states – toiled in Robert’s barn for two months painting the mural.

On Friday the candy store opened its doors for the season. Customers looked skyward with dropped jaws, then reached for their phones to shoot pictures.

Today the original barn has been conjoined with a dozen oddly-shaped additions, each swathed in blinding yellow paint.

“My wife doesn’t know it, but I’m already thinking about the next project and it’s going to be fun,” Robert says.

It’s the only way he knows.