It's clear the community has already fallen in love with her. 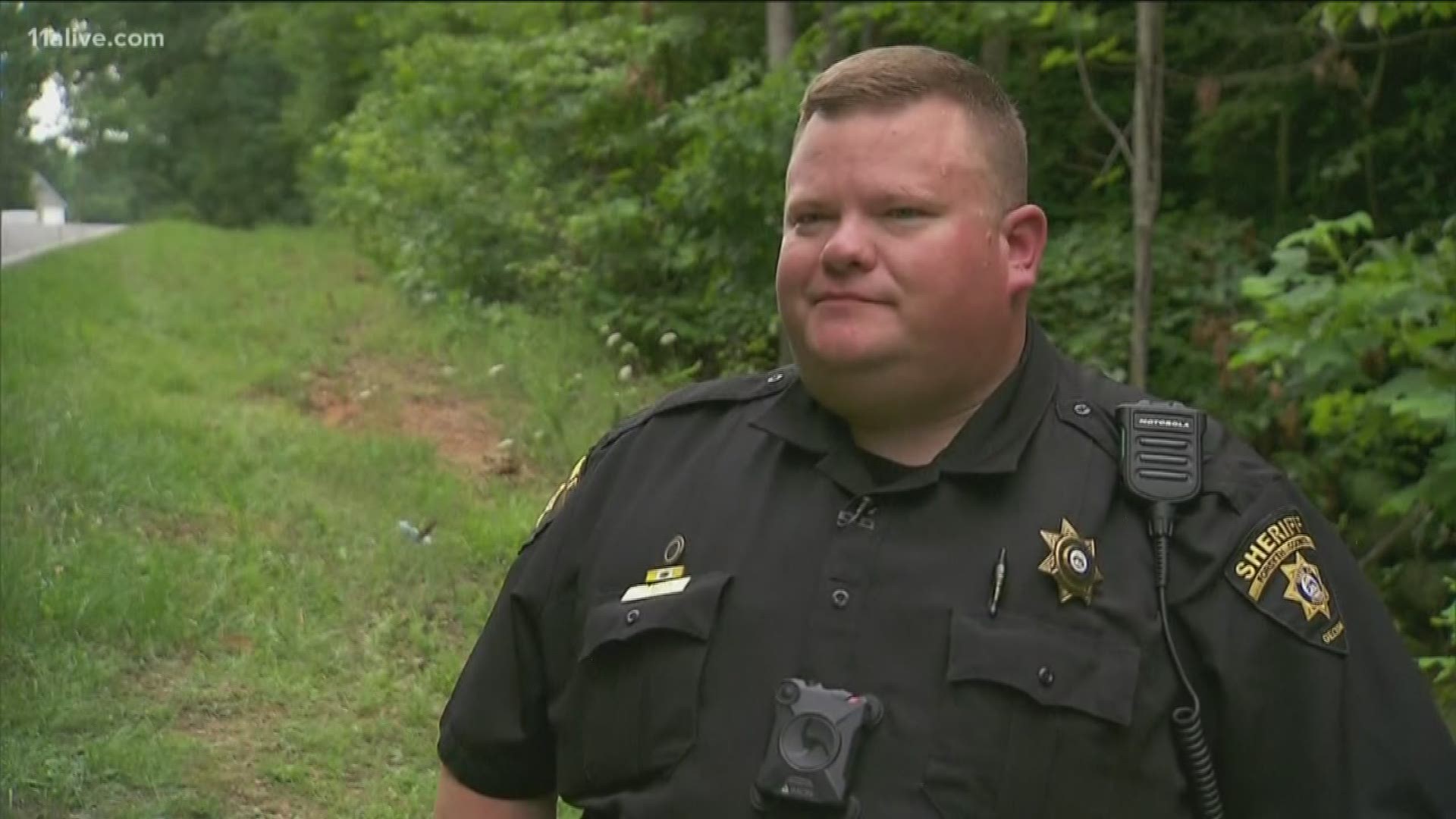 FORSYTH COUNTY, Ga. — As authorities continue to try and track down the parents of a newborn infant found abandoned in a bag in the woods, it's clear the community has already fallen in love with her - and wants to help any way they can.

It was June 6 when a Forsyth County family just returning home from a trip made the miraculous discovery - the newborn crying in the woods.

“We were literally about to lock the doors and go to bed, with A/Cs on," explained Alan Ragatz. "We wouldn’t have heard anything.”

At first, they thought it was an animal, then, as a 911 call details, shock and concern as they realized the screams they heard were from a little baby girl inside a bag. (Listen to the full 911 call here)

Incredible body camera video from a Forsyth County deputy show the moment he pulled the baby girl from inside, calling her a "sweetheart."

"She had never experienced love before and I was honored to be the first one to be able to do that," explained deputy Terry Roper in an interview with NBC, adding that his dad instincts kicked in the moment he saw her.

READ: 'At the time I was just a dad': Deputy describes moment he pulled baby from plastic bag in woods

Baby India has been in the custody of the Georgia Department of Child and Family Services since she was found, but there is clearly no shortage of love for the little infant.

Authorities told NBC that since Baby India's story made headlines, they have had more than 1,000 people offer to adopt her so she can have a forever family.

MORE: Here's what will happen next for newborn found abandoned in woods

DFCS explained shortly after the newborn was found that she would likely be placed with a foster home as soon as she was released from the hospital, so she can be cared for until she receives a permanent family. Then, she will likely be placed with an adoptive family who has already been screened. DFCS will also have to place an ad in the newspaper again, looking for her biological family. The agency said that the adoption process usually takes around six months.

In the meantime, investigators are still trying to find baby India's parents. If anyone knows a woman that was in the late stages of pregnancy and may have given birth to this newborn, please contact Forsyth County Sheriff’s Office at 770-781- 3087.