An Amazon Logistics delivery person places a package inside the front door of a customer after having the smart lock on the door opened by the Amazon Key system.
Author: 11alive.com 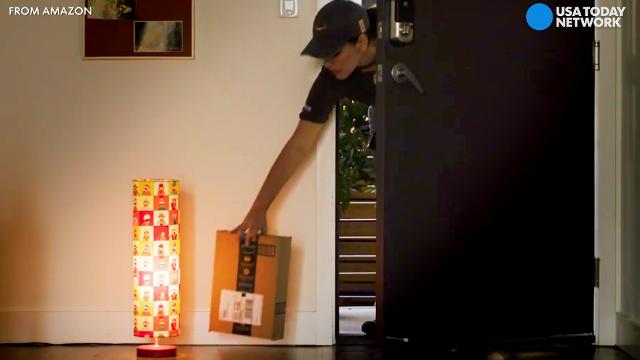 DETROIT — New apps and smartlocks from Amazon and Walmart that let retailers deliver packages inside your house or apartment — even putting groceries in your refrigerator — with a digital code while you are away raise liability questions and could raise home insurance rates, experts warn.

An Amazon Logistics delivery person places a package inside the front door of a customer after having the smart lock on the door opened by the Amazon Key system.

Walmart has announced it is testing similar systems with customers in Silicon Valley and Miami.

"There are a lot of questions," said Kenneth Cantor, an attorney and the owner of Cantor Insurance Group in Southfield, Mich. "When you have homeowner's insurance, it covers you for your property and liability. If you invite someone on your property and they steal something or knock a candle over and the house burns down, would your policy cover it?"

As technology advances, he said, policies will have to catch up, and that could mean rates will go up.

The  American Insurance Association is a property-casualty insurance trade organization, representing about 320 insurers that write more than $125 billion in premiums each year.

More: Walmart skips the porch and delivers right to the fridge

Whittle said that as more people adopt the smart lock technology, and people are able to enter a home when the homeowner is not there, carriers will need to wrestle with all sorts of liability questions.

Examples of issues likely to come up include:

• What if someone gets injured — slips on a wet floor — while delivering?

• What if a pet gets out or violently attacks the delivery person?

• What if the front door doesn't get closed, or the system is hacked?

“In any of those situations, will Amazon be held liable or will the homeowner be at fault?” said Michael Macauley, CEO of Pleasanton, Calif.-based Quadrant. "Amazon Key is still in the early stages — there are so many questions surrounding liability if a problem were to occur during delivery."

Amazon said its service allows customers to set the frequency and length of time for friends and family to access their home using the smart lock. It also plans to release a service making it possible to schedule access for other providers, such as house cleaners and dog walkers.

More: Amazon will now leave items inside your door. How will that work, exactly?

"It answers the question: What do I do with packages on my doorstep?" Macauley said of the Amazon app. "But, I can't imagine what kind of litigation we'll have. The better insured, the more likely you are to get sued."

Macauley warns that as people start to use these apps, it is likely that insurance companies will start to write policies that exclude accident coverage or other incidents involving these package deliveries, and predicts they will charge more — as much as 10% to 20% — for insurance coverage.

Macauley suggests that if you do use the in-home delivery service, you should call your agent to make sure you are covered.

But, to avoid problems entirely, he said, it may be best to just avoid the service.