With limited funds, but the wish to give each of her kids a room to call their own, one mom in Bryant decided to build her own home. And not with the usual instruction you'd think. 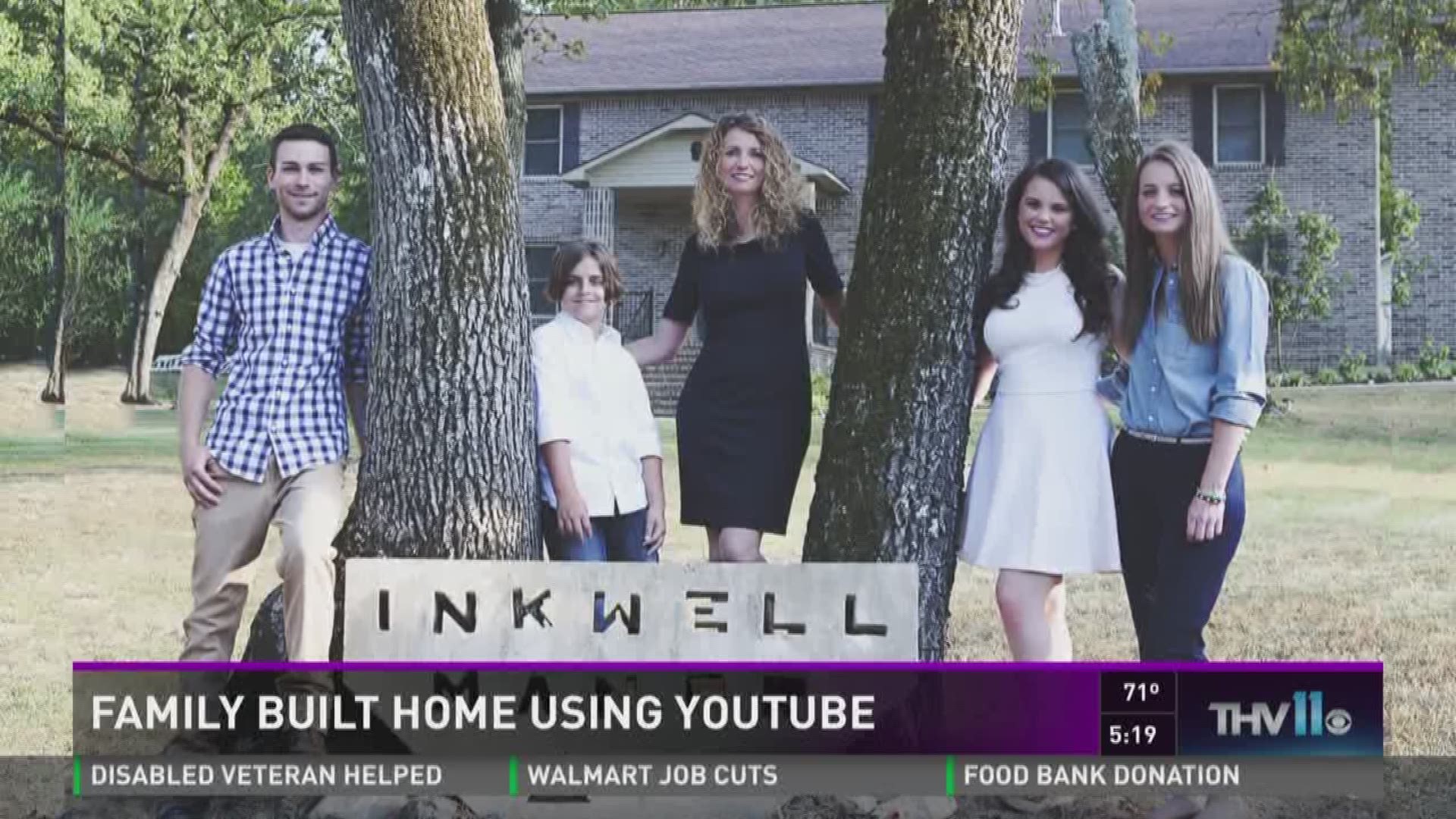 LITTLE ROCK, Ark. -- With limited funds, but the wish to give each of her kids a room to call their own, one mom in Bryant decided to build her own home. And not with the usual instruction you'd think.

The Brookins family turned a traumatic experience into a story they are now sharing with the world in a book. Rise, How a House Built a Family tells a story of how they built their home in 2008 using YouTube tutorials.

After leaving a domestic violence situation, Cara Brookins and her four children needed a new place to call home. Financially, she knew she could not afford to purchase anything, but that didn’t stop her from giving herself and her children a fresh start.

"We had been just so emotionally kicked down,” said Brookins. She came up with the idea to build their own home. “We could afford all the supplies so we just put it together ourselves.”

With no prior knowledge, they watched YouTube tutorials and learned how to construct everything.

“With just a little bit at a time, we figured out how to lay a foundation block. There was a lot of asking people at Home Depot for help too.”

Hope Brookins was 17 when it all started. Her initial reaction to her mom’s idea was shock.

"How are we going to build a house,” asked Hope. “We have no idea what we're doing.”

She said the hardest part about watching her mother experience domestic violence was feeling helpless and out of control. But she also said she’s stronger as a result of the experience.

“I've learned that I can do anything.” Hope is also proud of her mother for sharing their story.

Brookins is the author of several fiction books, but never intended to write about her families own reality.

“It’s quite a big transformation for her to share our entire lives with the world,” said Hope.

For women or families experiencing domestic violence, Brookins has this to say: “Do something big. Take a big leap and set an impossible goal. With enough determination you can do it.”

Rise, How a House Built a Family will be released January 24.

The Rise release is less than two weeks away. (So exciting!) Order today to boost it toward bestseller lists. 📚 https://t.co/myDew7LHhO pic.twitter.com/SR56eB9icg