'Black Panther': What those end-credits scenes tell us (spoilers!) about Marvel's future 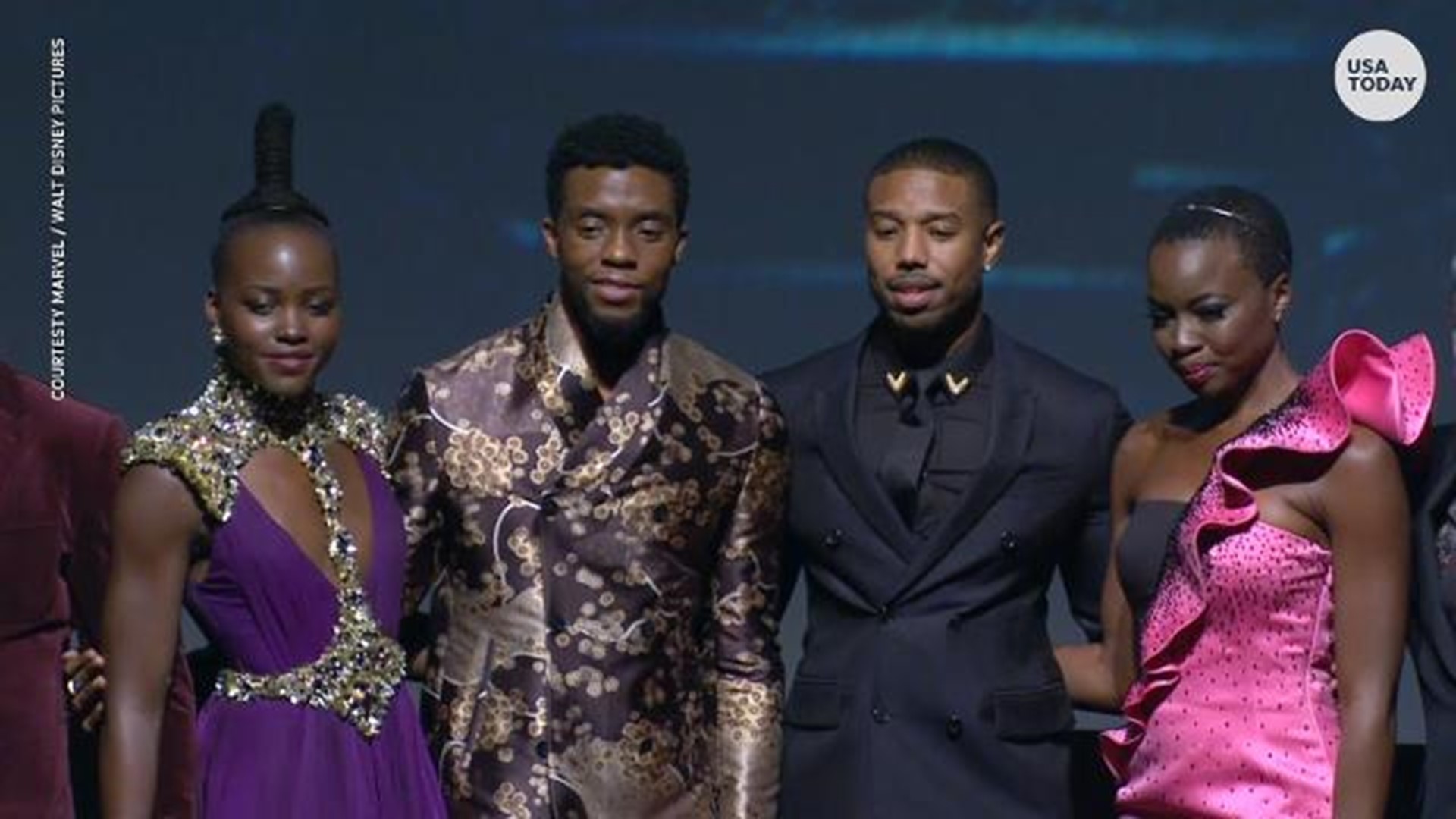 Black Panther is the latest superhero movie to rule the Marvel Cinematic Universe — and box office, too — and naturally that means neat end-credits scenes that set up where this expanding galaxy goes next.

In the new film, Chadwick Boseman’s African ruler T’Challa ascended to the throne of the technologically advanced nation of Wakanda, and he returns in the mega-throwdown Avengers: Infinity War (in theaters May 4). So do T’Challa’s tech-whiz kid sister Shuri (Letitia Wright), his army general Okoye (Danai Gurira) and massive Wakandan warrior M’Baku (Winston Duke). But there's a pair of Black Panther bonus scenes that hold some clues to what fans will see next in Marvel's movie future.

SPOILER ALERT! We're discussing plot points integral to the conclusion of Black Panther, so beware if you haven’t seen it yet.

THIS IS YOUR FINAL WARNING. (And also a fine time for a GIF showing Okoye beating up some fools.)

After centuries of his homeland hiding its mind-blowing advancements behind the guise of a third-world country, T’Challa announces at the United Nations in Vienna that Wakanda will be sharing its knowledge and resources with the rest of the globe. “Wakanda will no longer watch from the shadows. We cannot. We must not,” he says, wanting to be a force for connecting mankind and helping those in need. “We must find a way to look after one another, as if we were one single tribe.” And when a representative from another country condescendingly questions what a place like Wakanda could offer the rest of the world, T’Challa gives a knowing smile.

The scene is reminiscent of Tony Stark (Robert Downey Jr.) outing himself as Iron Man at the end of his first Marvel movie 10 years go, but it’s also a callback to Black Panther’s first appearance in 2016’s Captain America: Civil War, where T’Challa didn’t want his father, King T’Chaka (John Kani), to address the U.N.

“He felt that’s not the most effective way to get things done," says Panther executive producer Nate Moore. Now, T'Challa has realized that "actually, you do need to reach across all of the aisles if you want to effect change on a large scale.”

T’Challa’s moment on the international stage hints at drama that could come up in a Black Panther sequel, not only in how other nations react to Wakanda being a geopolitical power, but the ripple effect back home. “Not everybody in Wakanda is like, ‘Whatever you say, boss!’ ” Moore says. “He decided to do this thing and maybe it’s not something that would have passed had they done a public voting referendum.”

An old hero meets a new one

The last time we saw Bucky Barnes, aka the Winter Soldier (Sebastian Stan), he'd just had his metal arm ripped off in a climactic Civil War fight between Captain America (Chris Evans) and Iron Man, and Cap took him to Wakanda to heal and deal with his Hydra brainwashing issues.

Winter Soldier appears in the second Black Panther bonus scene, emerging from a hut after being awakened by Wakandan children (who call him “White Wolf") and finding Shuri, who beckons him to come with her. “Much more for you to learn,” she tells him as he looks across a beautiful landscape.

If anybody has the technical know-how to undo Bucky’s programming, it’s Shuri, Moore says, and theirs is “a cool dynamic” to play forward in future films. “We do like to think there’s a friendship there born of his thankfulness but also just understanding how smart she is to do this. ... She understands Bucky’s inherent goodness.”

“It’s the ‘welcome to the MCU moment,' ” Moore says. “In Black Panther, that conflict is very much about the Wakandans — well, now when you have a king who all of a sudden is opening up the borders of the country, the threats are much bigger than anyone anticipated. And that notion that ‘OK, we just went through this civil war. Wait, spaceships are landing?’ is a fun one to play with.”

Listen to USA TODAY's geek culture podcast, The Mothership, break down ‘Black Panther’ and what it means for representation — both in superhero films and Hollywood at large.

There was definitely honor and respect between Cap and Panther in Civil War, so when they meet again, the dynamic deepens between the two heroes: Now an international fugitive, Cap comes "hat in hand" for help and T’Challa obliges, though some Wakandans might give their monarch some side eye.

“It speaks to T’Challa being heroic outside of the office of kingship but also the way that ultimately it sets him up to be one of the lead figures of the Avengers,” Moore says.

The Mothership podcast: Why 'Black Panther' is so important

Related: How Michael B. Jordan got mean and massive for 'Black Panther'