The Atlanta-based company provided a long list of actions it would take - and others it will impose on this dairy provider and others. 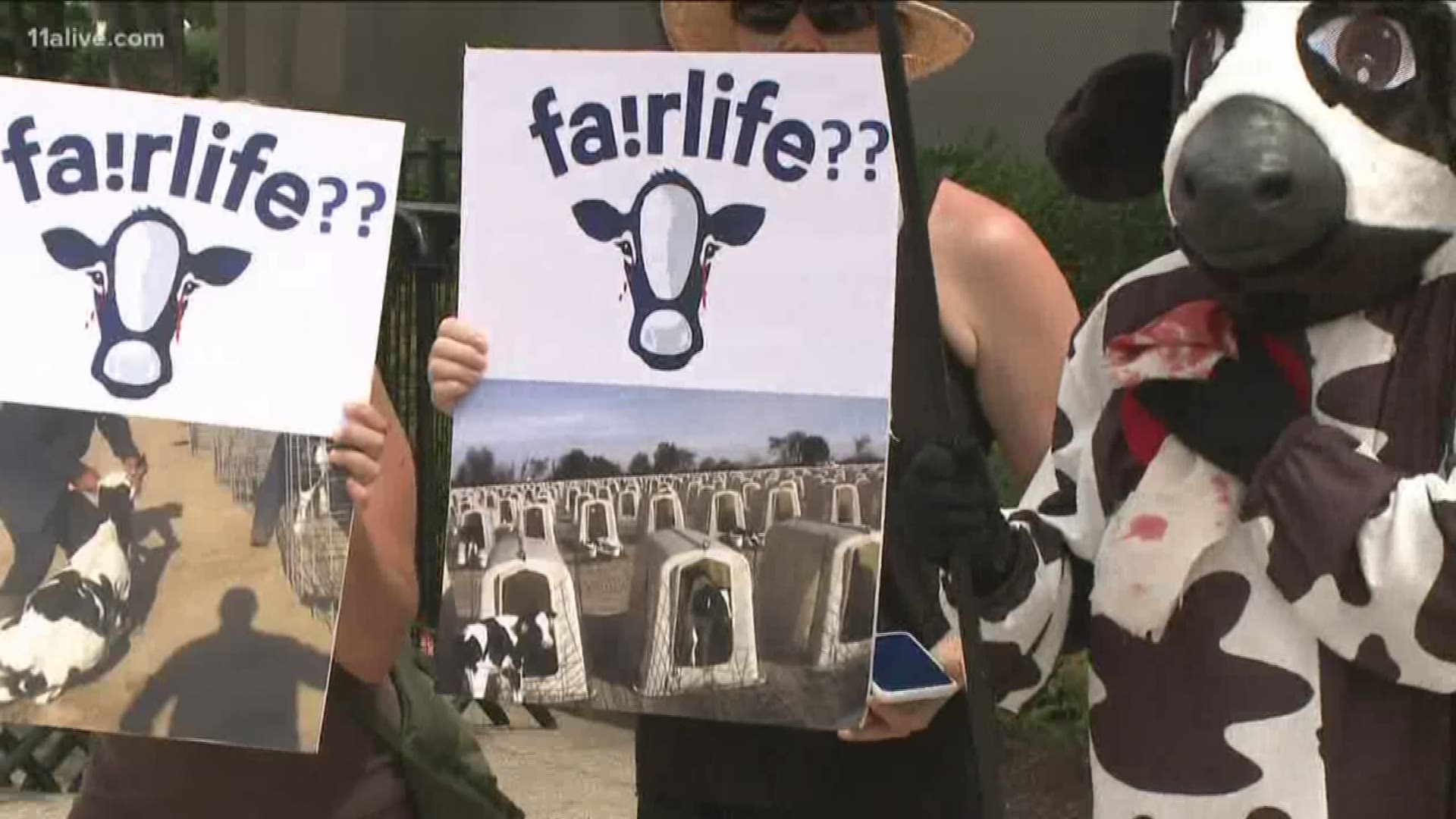 ATLANTA — Atlanta-based Coca-Cola is speaking up and vowing an independent investigation into allegations that one of its primary partners for milk-based products has drawn the ire of animal welfare activists around the country.

The announcement came after videos surfaced from a group known as Animal Recovery Mission showed acts of purported animal cruelty at the farm which is also the dairy supplier for the Fairlife brand distributed by Coca-Cola.

"We care deeply about animal welfare, and these images left all of us at Coca-Cola with a heavy heart," the company said in a statement released on Thursday. "Any form of animal cruelty is simply unacceptable and counter to our company values. We expect all our suppliers to operate with the highest degree of integrity and comply with all laws, including animal welfare laws."

The company has since pledged to have its own independent investigations of all Fairlife dairy suppliers to ensure they "uphold the highest standards of animal welfare."

They also promised to increase audits being conducted at Fairlife and Fair Oaks Farms. All suppliers will now be required to have 24 audits per year - up from just one annually.

In the meantime, Fairlife has stopped sourcing from this supplier and is demanding all its supplier farms institute a "zero-tolerance policy" for animal abuse. They went on to demand that employees who violate the law be terminated and referred to law enforcement.

Fair Oaks Farms itself has already fired the people shown in the now-viral and disturbing videos and continues to search for anyone else tied to it. It added anyone else associated with the abuse will be held responsible - especially with the video now in the hands of state investigators.

Coca-Cola said Fair Oaks Farms will be installing cameras at all of its farm locations to keep a closer eye on how animals are being treated.

"People have high expectations of Coca-Cola’s conduct and products, and we recognize that we must play a stronger role in improving animal welfare across the dairy industry," he wrote.

Fair Oaks Farms founder Mike McCloskey said that they actually were made aware of someone from Animal Recovery Mission going undercover at Fair Oaks Farms.

"We had no idea what kind of footage had been captured or what - if any - abuse had occurred," McCloskey said.

Following the videos' release, he said that he was disappointed to find that five people were shown on video committing "multiple instances of animal cruelty and despicable judgment."

Four were employees and one was a truck driver working for a third-party and was picking up calves.

"Of the four who were our employees, three had already been terminated prior to us being made aware months ago of the undercover ARM operation, as they were identified by their co-workers as being abusive of our animals and reported to management," McCloskey said.

He also apologized for a false claim that animals were not being sent to veal producers.

"It was not our practice in the past, but due to a lack of communication between the general manager in charge of livestock sales and myself, I was unaware that we were selling our calves to the veal industry and apologize for the unintended false claim made previously," he said. "Our bull calves will no longer go to veal."