Hundreds of migrants deported without children, analysis of cases shows 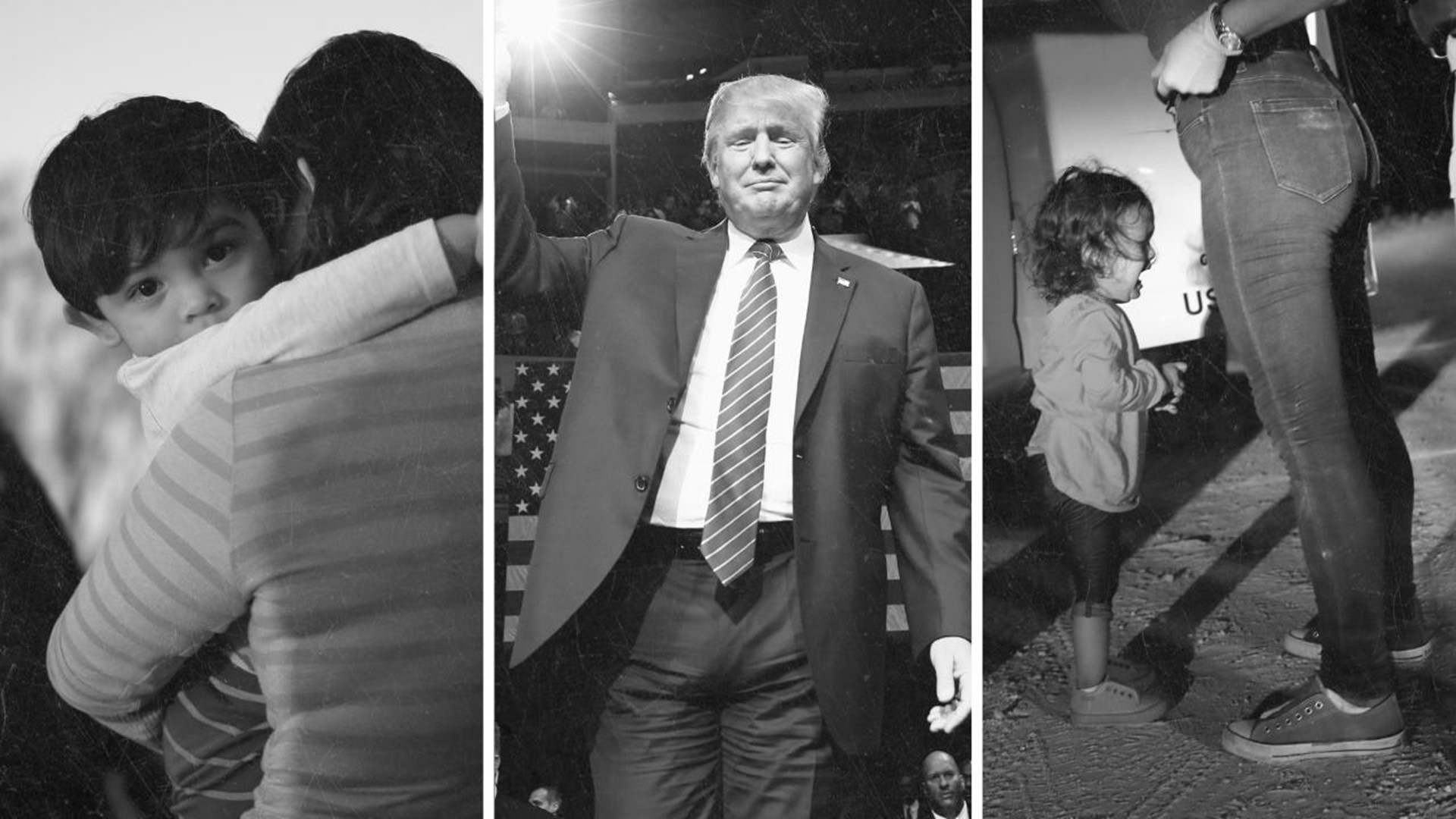 Hundreds of migrant adults have been deported without the minors who were accompanying them, according to data that researchers at Syracuse University published Wednesday.

The case-by-case analysis of Customs and Border Protection detentions from October 2014 through April came from the Transactional Records Access Clearinghouse, a nonpartisan data-gathering, research and distribution organization at Syracuse University.

Many adults who arrived in the U.S. with children were quickly deported, the data shows. Nearly 1 in 4 adults with children that Border Patrol agents took into custody in April — 1,060 of 4,537 — have been deported.

The number of children arrested with adults in April was higher than the total of adults, but fewer than 1 in 6 of the children — 851 of 5,144 — have been deported.

► Here's why: The rise of detaining immigrant children was years in the making
► 'Where are the children?': Women march to protest family separations
► First lady: Melania Trump returns to border for 2nd visit with immigrant families

"Thus, several hundred parents appear to have been deported without their children in April alone," according to the records clearinghouse.

On April 6, Attorney General Jeff Sessions announced a zero-tolerance policy for undocumented migrants apprehended near the border. Historically, prosecution of adults for the federal misdemeanor charge of illegal entry has been discretionary.

The administration has cited that policy decision as the root cause for the separation of migrant families, sparking global outrage and a nationwide emotional debate on immigration.

Credit: Courtney Sacco, Corpus Christi (Texas) Caller Times
A Guatemalan woman and her child seeking asylum in the United States wait to enter the Mexican side of the international bridge June 27, 2018, at Brownsville, Texas.

As of June 20, 2,053 minors were in the custody of the federal Department of Health and Human Services because of Sessions' policy announcement.

In a fact sheet published Saturday from the departments of Homeland Security and Health and Human Services, officials state that separate deportations are a choice given to parents.

"A parent who is ordered removed from the U.S. may request that his or her minor child accompany them," according to the fact sheet. "It should be noted that in the past many parents have elected to be removed without their children."

When migrant families are kept together, their immigration cases are consolidated, said Manoj Govindaiah, director of family detention for the Refugee and Immigrant Center for Education and Legal Services also known as RAICES.

The family separation results in separate immigration cases that result in different dispositions. Govindaiah, who referred to this as a "manufactured crisis," said the Health and Human Services' Office of Refugee Resettlement's system is built to take in "truly unaccompanied children" and not those whose parents are being detained separately.

So in this scenario, deportations and releases from detention happen at different times.

Out of desperation, some parents are signing voluntary deportation paperwork in exchange for being reunited with their children, Govindaiah said.

"Parents are, for the most part, coerced into giving up their claims for asylum with an expectation that it will be the fastest and easiest way to be reunited with their children," he said.

Since May 24, the Texas Civil Rights Project has interviewed 381 families who have been separated at the Texas-Mexico border and confirmed the following:

In late May, the Texas Civil Rights Project, the Women’s Refugee Commission, the Immigration Clinic at the University of Texas School of Law, and Garcia & Garcia Attorneys at Law filed an emergency request for precautionary measures with the Inter-American Commission on Human Rights on behalf of five parents who had been separated from their children.

► Reunification: Administration racing clock to get 2,000 children back with parents
► Timeline: Immigrant children separated from families at the border

The organizations requested that the commission, part of the Organization of American States that encompasses countries in North, Central and South America, adopt measures requiring the United States to immediately stop the practice of separating families and reunite the petitioners with their children, according to a news release from the nonprofit.

Under the commission’s rules of procedure, it can adopt measures requiring member states to take action in cases of serious, urgent, and life-threatening human-rights abuses.

1 / 15
Matthew Hinton, The Advocate, via AP
Protestors clash with law enforcement outside the Ernest Morial Convention Center in New Orleans, La. Monday, June 18, 2018 after U.S. Attorney General Jeff Sessions spoke at the National Sheriffs' Association opening session. Protestors were against the detainment and separation of immigrant children from the parents on the U.S. Border.