No Trumps, no problems at 2017 Kennedy Center Honors 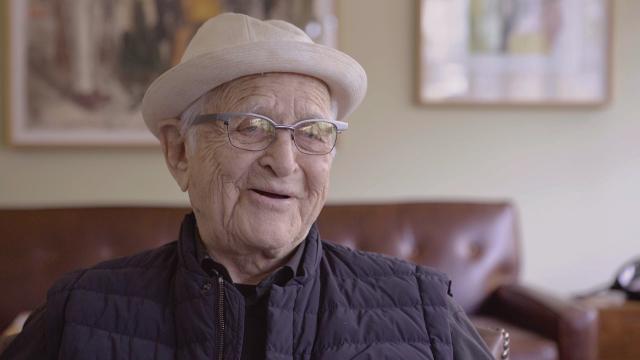 WASHINGTON – The President's Box at the Kennedy Center Opera House was heavy on the stars but light on the presidents Sunday night, as the 40th annual honors ceremony went without its customary appearance by the White House occupant.

Guests seemed unfazed by the missing first family, whom the White House announced in August would cancel the traditional reception at 1600 Pennsylvania and skip the ceremony after Lear and de Lavallade said they would boycott the presidential meet-and-greet.

"I'm thankful he chose not to come," Estefan said on the red carpet of the president's decision. "All it does is overshadow the accomplishments of people who spent a lifetime trying to do something."

De Lavallade, one of the first black dancers at the Metropolitan Opera, said she felt good about her decision, made after Trump's controversial comments around the white supremacist marches in Charlottesville, Va., this summer.

"This is the first time in my life I said no, and something in my soul, I've never felt that before — said no, no more," the Yale Repertory Theatre instructor said on the red carpet.

Meryl Streep, one of de Lavallade's former students, praised the ethereal performer, who has spent much of her career elevating the skills of others. As did Misty Copeland, the first black principal dancer at the American Ballet Theater.

"I stand on your shoulders," Copeland said, before performing a duet with Robert Fairchild.

Richie, who was similarly preoccupied with the excitement of the evening rather than with President Trump, couldn't stop flashing the megawatt smile his daughter Nicole Richie called one of the four-time Grammy winner's defining attributes.

"Have you seen this on my neck?" he said while making his way into the opera house, pointing down to the rainbow decoration. "I'm graduating in a class with Norman Lear, excuse me!"

Though the former Commodores crooner had some of the biggest names of the night making surprise appearances to sing his praises, including Stevie Wonder and Kenny Rogers, Lear received emotional tributes from all, including his fellow nominees.

At 95, the TV writer and producer is the oldest honoree to date. The impact of his lengthy career brought out the likes of Star Wars producer J.J. Abrams, who introduced a George Clooney-narrated story of Lear's life and accomplishments, from All in the Family to Good Times, to his political activism and purchase of a copy of the Declaration of Independence. Dave Chappelle also made an appearance, hailing Lear as a father figure, as did "Meathead" himself, actor and director Rob Reiner.

Rita Moreno, a 2015 Kennedy Center honoree who now stars on Netflix's reboot of Lear's One Day at a Time, got in one of the best lines of the night while lauding the original's pioneering portrayal of teen sex and sexual harassment.

"And look how far we've come," she quipped.

On the other end of the spectrum, LL Cool J, 49, became the youngest to receive the honor and the first hip-hop artist to do so. Queen Latifah took the stage to fête her friend, telling his story of growing up in Queens and shaking up the music industry with his free-flowing rhymes. The room then took on a '90s warehouse party vibe as DJ Z-Trip spun while Busta Rhymes and DMC performed some of LL's greatest hits.

The fact that the storied Kennedy Center was spotlighting the genre was not lost on LL, who was happy to focus on what it means for young musicians, rather than politics.

"I think it's about the love, the culture," he said. "I want hip-hop to be remembered as a unifying force. I'm coming in here and I'm representing and it's going to be unity and music and love and art and dance and TV."