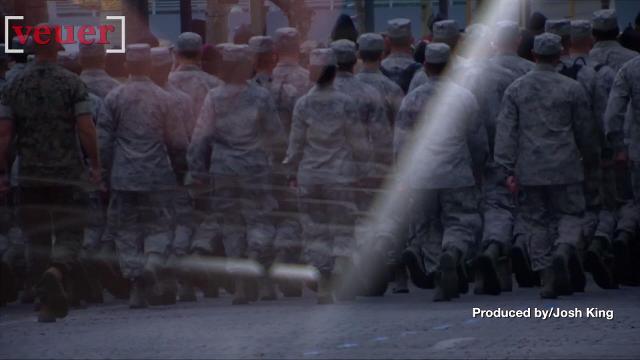 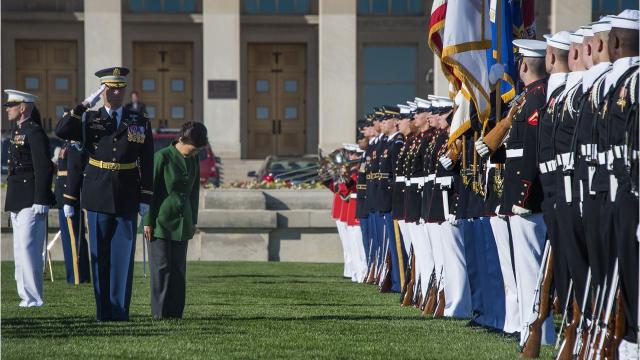 WASHINGTON — The Pentagon Tuesday reported a rise in complaints of misconduct against military brass and senior civilian officials over the last two years, and a steady trend in proven allegations of sexual misbehavior and improper relationships among its most senior officials.

The increase in complaints and steady stream of disgraced generals, admirals and senior officials comes despite the Pentagon’s repeated stance that it has a “zero-tolerance” policy for such ethical and legal misbehavior.

Adm. John Richardson, the chief of naval operations, kept an officer on his staff for months after a report cited the subordinate's "predatory" behavior toward women.

On Tuesday, the Pentagon Inspector General reported a 13% increase from fiscal year 2015 to 2017 in the number of complaints alleging misconduct among senior officials, from 710 to 803. Moreover, the Inspector General found that investigators continued to substantiate allegations against senior officials, including sexual misconduct, at a steady rate.

“In the category of personal misconduct, there has been a steady trend in substantiated allegations of improper relationships and sexual misconduct,” according to the report, which highlighted 10 management and performance challenges facing the Pentagon.

Sen. Kirsten Gillibrand, D-N.Y., and a member of the Armed Services Committee, blistered the Pentagon on Tuesday for not taking the issue more seriously. She has championed legislation to remove the authority of uniformed troops to decide which cases go to court martial.

"This data confirms that there is no accountability for those at the top," she said in a statement to USA TODAY. "How can (the Pentagon) uphold good order and discipline when the very people charged with doing so are either committing misconduct themselves or letting it go unpunished?

"It is another thread in the unfortunately all-too-common theme of powerful men getting away with ‎doing whatever they want with little consequence. ‎‎It's time to take away their power to decide what to do with serious crimes."

In October, USA TODAY reported that military investigators had documented at least 500 cases of serious misconduct among generals, admirals and senior civilian officials for the fiscal years 2013 through 2016. In 2014, then-Defense Secretary Chuck Hagel directed Pentagon officials to determine the scope and cause of the problem, but the paper found that little had been done to track trends in such misbehavior.

“It’s not good enough to say we have a zero tolerance policy,” Hagel said in May 2014. “How does that translate into changing anything? … I want to know how it’s being done, and I want to know everything about it."

The problem of sexual misbehavior afflicting the military mirrors that among prominent members of the media, politics and entertainment. On Tuesday, for example, PBS and CBS announced that Charlie Rose, the journalist and television personality, had been fired after a report in the Washington Post showed he had sexually harassed young women who had worked for him.

In October, a Pentagon spokeswoman issued a statement saying Defense Secretary Jim Mattis expects “exemplary” conduct from senior officials. The statement echoes others made since at least the early 1990s that the Pentagon has a “zero-tolerance” policy for sexual misconduct.

Yet the military’s sexual scandals continue to mount. Among the latest involves Maj. Gen. Joseph Harrington, whose suggestive social media posts to the wife of a subordinate, enlisted soldier cost Harrington his job as head of U.S. Army Africa, USA TODAY reported in August. Harrington has been recalled to Washington, and a board will decide his discipline, which could include the loss of rank and the pension pay associated with it.

The paper also reported in September sexual misconduct by the then-spokesman for the Navy’s top officer. That Navy commander, dressed as Santa Claus at a liquor-fueled Christmas Party in December 2016 inside the Pentagon, made unwanted sexual passes and slapped a woman’s buttocks. The officer, the spokesman for Adm. John Richardson, the Chief of Naval Operations, was not reassigned until mid-August, just weeks after USA TODAY requested documents regarding the investigation.

Extramarital affairs are prohibited in the military.

The Inspector General noted another troubling trend: There was a 51% increase in complaints from whistleblowers who had reported misconduct.