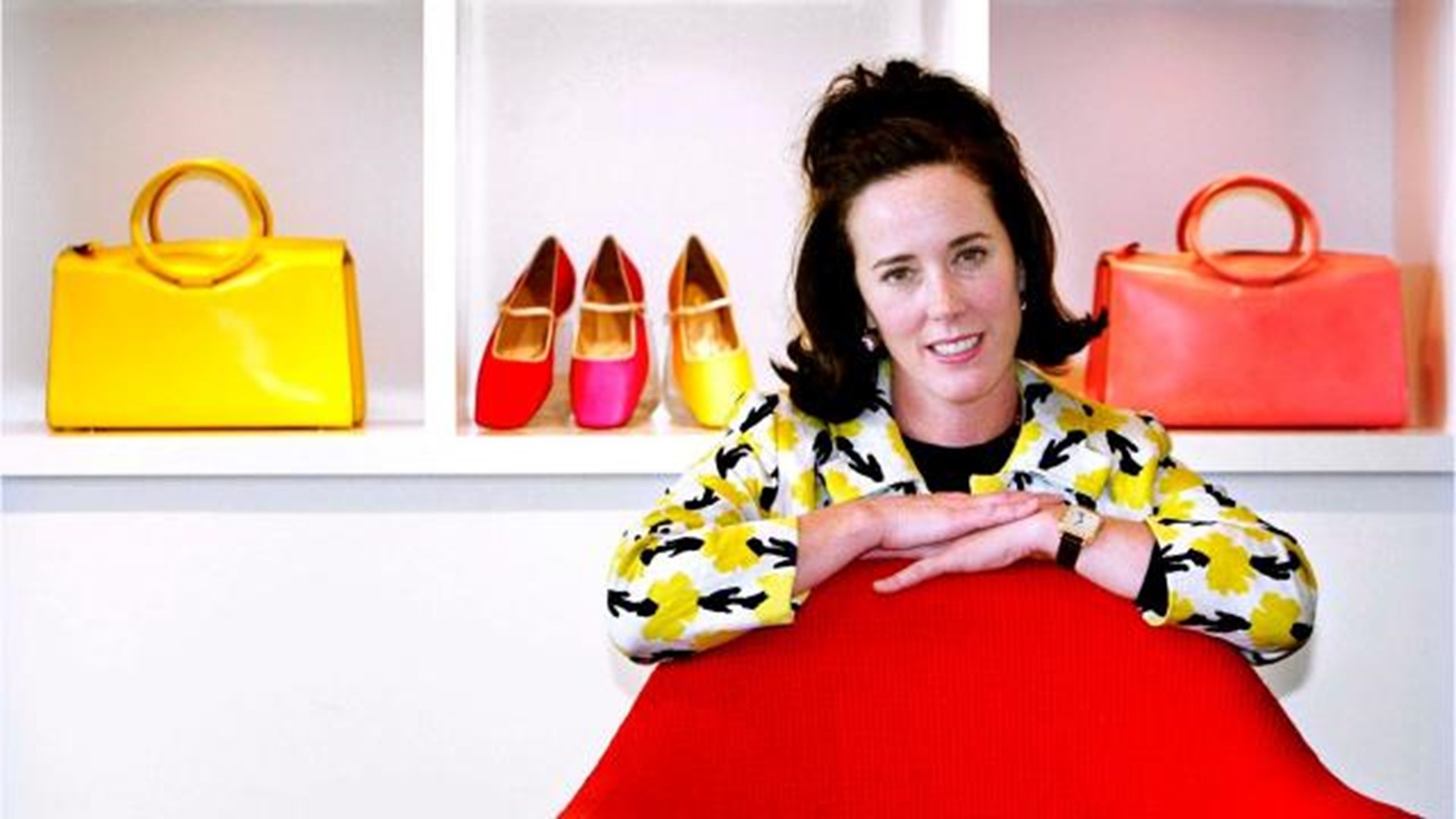 Credit: Bebeto Matthews/AP
After Kate Spade left in 2007 and Deborah Lloyd took over as chief creative officer, the brand began expanding beyond bags and shoes to include clothing, jewelry, bedding and fragrances.

Fashion designer Kate Spade died in an apparent suicide Tuesday, police reported. The 55-year-old designer and businesswoman was famously known for her colorful-yet-classic style of high-end women's handbags and other accessories marked with a sleek black spade and a classic label in thin lowercase font.

Here are six things you may not know about Spade.

After becoming a retail giant, the couple sold 56% of their business to Neiman Marcus in 1999 for $33.6 million. The founding partners walked away from the company in 2007, one year after it was acquired by the group then known as Liz Claiborne Inc. for $125 million. The group subsequently sold off its other operations and became Kate Spade & Co. Kate told CNBC in 2016 the motive to sell the business was to focus on their family.

In 2016, Kate Spade changed her name to Kate Valentine to accompany her new brand "Frances Valentine," named after her daughter.

Spade graduated from Arizona State University in 1985 with a journalism degree. In college, she belonged to Kappa Kappa Gamma sorority, according to retail journal Brandingmag.

After graduation, Spade moved to New York, starting her career at Mademoiselle magazine as an accessories editor. "She stopped in New York for one night on a trip back from Europe," Andy Spade told USA TODAY in a 1997 interview, "and went to Mademoiselle for a temp job and was hired." It was there she saw a need for practical, yet fashionable handbags.

Spade received several awards throughout her life, including "Best Accessory Designer of the Year" in 1996 and 1998 by the Council of Fashion Designers of America. CFDA recognition is considered one of the highest achievements in the industry.

"She was a great talent who had an immeasurable impact on American fashion and the way the world viewed American accessories," read a statement issued by CFDA charwoman Diane von Furstenberg and CFDA president Steven Kolb on Tuesday.

Andy Spade is the brother of actor and comedian David Spade. The couple have a 13-year-old daughter name Frances Beatrix Spade. She was also the aunt of Rachel Brosnahan, the star of Amazon's The Marvelous Mrs. Maisel.