The New York Stock Exchange's new president is a woman, at last

For first time, woman to lead the NYSE 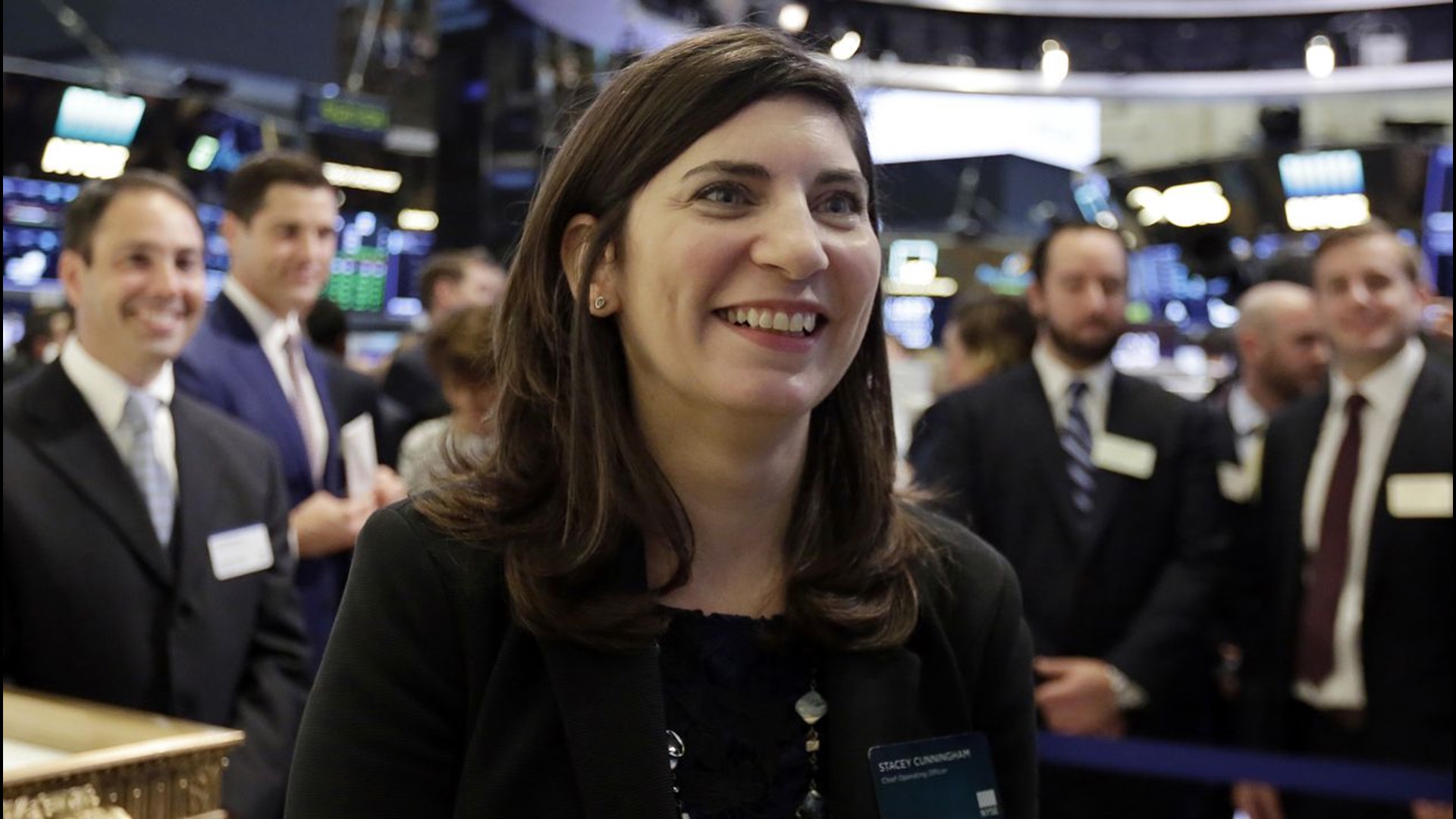 Corrections & Clarifications: An earlier version of this article misstated the title of Adena Friedman before she became Nasdaq CEO. Also, it attributed the quote “watch with pride” to the wrong executive.

That cracking you just heard is the sound of the glass ceiling breaking at the New York Stock Exchange as a woman became president of the financial market for the first time in its 226-year history.

Stacey Cunningham, who began her career as a floor clerk on the NYSE in 1996, will become the 67th president of the Big Board.

That means that two of the world's most well-known financial exchanges will be led by women. Adena Friedman became CEO of Nasdaq in January 2017 after previously serving as the financial market's president and chief operating officer.

Cunningham, who has been the chief operating officer of the NYSE Group since June 2015, officially becomes president on Friday, according to Intercontinental Exchange, the financial market's parent company.

She succeeds Thomas Farley, who is leaving to head a special purpose acquisition company.

Celebrating on Twitter, Cunningham tweeted that the exchange "has always held a special place in my heart," and added: "I am humbled and honored to have the opportunity to lead this organization."

Fellow graduates of Lehigh University, where Cunningham earned a bachelor of science degree in industrial engineering in 1996, cheered her latest achievement in a separate tweet Tuesday.

Calling her appointment "a full circle story for me," Cunningham told CNBC she would pursue new types of financial listings and work to reverse the decline of international public offerings.

"We absolutely want to see companies continue to access the public markets," she said.

In a statement announcing Cunningham's ascension, Jeff Sprecher, chairman and CEO of Intercontinental Exchange, said that as COO she had "successfully managed our equities, equities derivatives and ETF (exchange traded fund) businesses, distinguishing herself as a customer-focused leader who is respected across our industry."

Credit: Alyssa Ringler, AP
In this undated photo provided by the New York Stock Exchange, Stacey Cunningham poses for a photo at the Stock Exchange in New York. Cunningham, the chief operating officer for the NYSE group, will become the 67th president of the Big Board.

Invoking the pioneering legacy of the late Muriel Siebert, who in 1967 became the first woman to own a seat on the NYSE, Sprecher added that Cunningham "represents a new generation of leadership for the NYSE Group."

More Money: McDonald's is being sucked into the movement to ban plastic straws 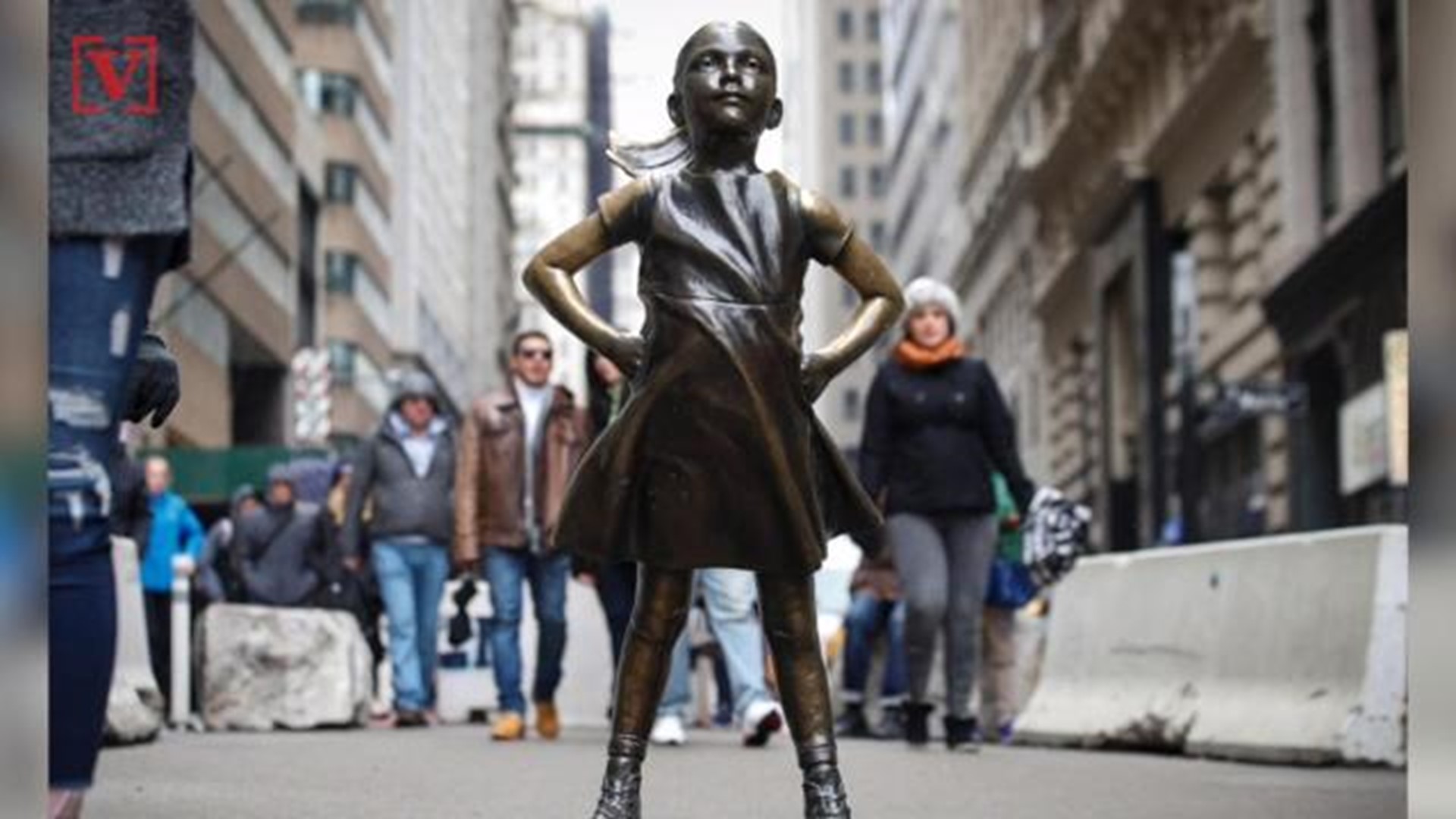 As Cunningham moves up to the NYSE's top job, her successor as COO will be John Tuttle, the exchange's global head of listings. He joined the NYSE in 2007 and demonstrated results by helping achieve a resurgence of initial public offerings at the financial market, said Sprecher.

Farley, who said he was thrilled to join the ranks of business entrepreneurs, said he would "watch with pride" as Cunningham, Tuttle and the revamped management team "takes the NYSE to new heights."

However, Cunningham's rise to the NYSE presidency comes as the historically male-dominated financial industry has grappled with issues tied to the Me Too movement.

Last month it was announced that the "Fearless Girl" statue, which has become a global symbol of female business prowess, would be moved from her spot staring down Wall Street's bronze "Charging Bull" to a new home facing the New York Stock Exchange.

Additionally, the latest Fortune 500 rankings issued Monday showed that there were 24 female CEOs at the nation's largest corporations, a drop from 32 in the 2016 listings.

Addressing what she called the low numbers of women in finance and technology, Cunningham told CNBC that companies should build management teams that feature a wide range of views and experience.

"If you prioritize diversity of thought, you're going to have a diversified team," she said.