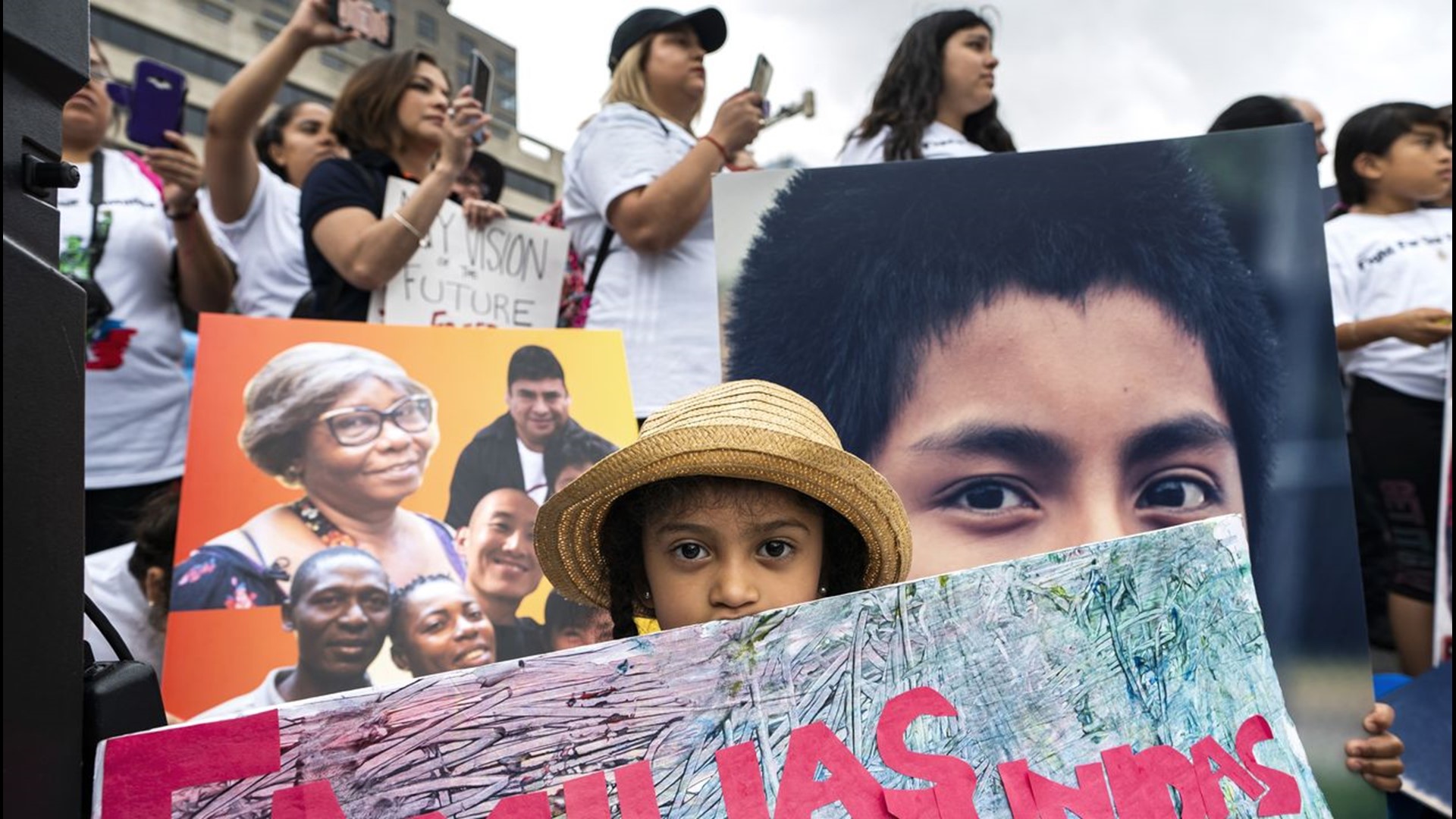 Hundreds of thousands of people are expected to rally across the country Saturday to protest the Trump administration's "zero tolerance" immigration policy, according to organizers.

While the main rally will be held in Washington, D.C., 628 sister rallies are planned for locations in all 50 states.

"(The) family separation crisis is not over. We have a situation where the Trump administration seems to be aiming to detain families," said Karthik Ganapathy, a MoveOn.org spokesman.

Here's what you need to know before the big day.

Why are people protesting?

White House chief of staff John Kelly has argued that child separations act as a "deterrent" to prevent families from crossing.

As more and more children were detained under the new policy, many Americans grew outraged. Widely circulated audio of children crying at a detention facility and reports of children sleeping on concrete floors galvanized public opinion against the policy.

Every living first lady has spoken out against the separations, as have dozens of politicians from both sides of the aisle and religious leaders.

Hasn't the problem been fixed?

On June 20, Trump signed an executive order designed to stop family separations after a surge of public outcry. And on June 26, a federal judge in California ordered immigration authorities on the border to reunite families within 30 days.

Reuniting families will pose a major logistical challenge: More than 2,000 children — many scattered across the country — remain separated from their parents.

But according to a statement from the protest's organizers, these developments do not signify victory.

"A federal judge ruled against Trump's family separation policy — but we know the administration will fight back," the statement said. "We have momentum and we cannot slow down now since the the court ruling along isn't enough and could be overturned."

When and where are the protests?

The main protest will take place at 11 a.m. Saturday in Lafayette Square in front of the White House. More than 16,000 people have RSVP'd to the Facebook event, and another 71,000 have expressed interest. MoveOn.org estimated tens of thousands to rally in the nation's capital.

For those who can't travel to D.C., hundreds of sister rallies will take place across all 50 states. See the list here.

Who is organizing the protests?

Families Belong Together, a coalition that has advocated against the zero tolerance policy, is sponsoring the event. It is partnering with MoveOn, the American Civil Liberties Union, Leadership Conference on Civil Rights, the National Domestic Workers Alliance and more than 100 other organizations.

How can I prepare?

Families Belong Together lists a number of resources on their site, including fact sheets and safety tips. They've also posted downloadable posters and protest signs.

USA TODAY has compiled a guide to safely participating in protests. Temperatures are expected to rise into the 90s on Saturday in Washington, D.C., and across the Midwest, so protesters should prepare for the heat.