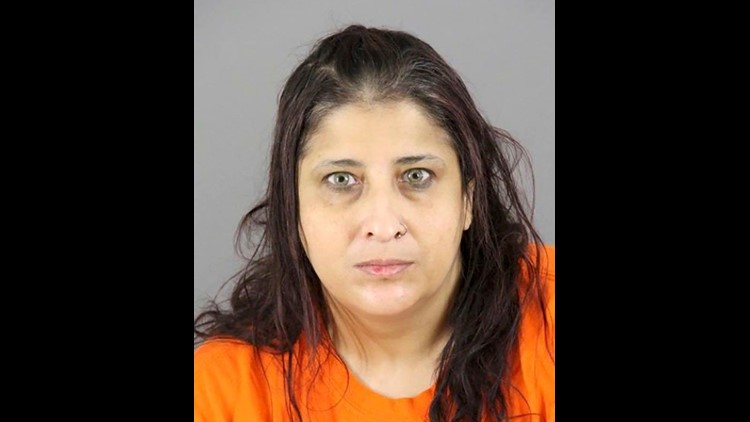 MILWAUKEE — A Wisconsin woman charged with promoting the Islamic State terrorist group and giving specific instructions on how to carry out attacks was ordered held without bail Friday in federal court in Milwaukee.

Waheba Issa Dais, 45, a homemaker and mother of seven, was arrested this week by the FBI on a charge of attempting to provide material support or resources to a foreign terrorist organization.

The criminal complaint says that in recent months Dais had hacked other people's social media accounts and used them to give instructions on how to carry out attacks in the name of the Islamic State, also known as ISIS.

Dais, who pledged her allegiance to Islamic State, suggested attacking churches, street festivals and "celebrations in summer" where there was a likelihood of many civilian deaths. She also suggested attacking "a government post" and public water sources with the highly toxic compound ricin, the complaint said.

When an undercover FBI employee posing as a supporter of ISIS wrote to Dais that he had no experience in making bombs, Dais responded, "No problem. Making bombs is easy, and you can also start with poisons. I have a (social media) Channel you may benefit from ... I advise you start with poison," the complaint said.

Dais came to this country from Jerusalem in 1992 and is a lawful permanent resident. Five of her seven children were living with her in what was described by the prosecutor as deplorable conditions in a home in Cudahy near Milwaukee.

In arguing for detention, Assistant U.S. Attorney Greg Haanstad said Dais created a virtual online library with instructions on how to make poison, explosive vests and bombs, and encouraged attacks.

"She has shown a disregard for human life," Haanstad said, adding she offered to assist "in mass killing."

Haanstad also said the father of Dais' younger children told FBI agents that Dais showed her 5-year-old son beheading videos. That father is no longer living with the family and was described as estranged from Dais.

The children have been placed by protective services and Dais has been assigned an attorney for proceedings in Milwaukee County Children's Court related to placement.

Dais has been diagnosed as having depression and is bipolar, but is not taking prescribed medication, Haanstad said. She talked to the FBI for three hours after her arrest. A son told the FBI that he knew what his mother was doing and told her to stop, Haanstad said.

Defense attorney John Campion, a federal public defender, said Dais should be released to care for her children and because she has no criminal record. He said Dais cooks for her family every day, denying that there was no food in the house. He said she is strapped for money and does not work outside the home, counting on help from family.

"This is a person who is very likely to be cooperative," he said.

Campion said if Dais was such a risk, the government would have arrested her immediately after she posted suggestions about the attack. Haanstad countered that such investigations take time.

Campion discounted the notion that Dais showed her son beheading videos, noting it came from her estranged, common-law husband.

Campion noted many of the comments she posted were cut and pasted from other sites. Dais may have been seeking out social contacts, including romantic connections, Campion said. Haanstad called that implausible and even if that was her intent, she was still breaking the law.

U.S. Magistrate Judge Nancy Joseph said she ordered detention because of the seriousness of the charges, which carry a maximum penalty of up to 20 years in prison, the fact that Dais went so far as to hack accounts and that she posted repeatedly. Joseph said no combination of conditions could ensure protection of the public at this time.

Joseph left open the possibility for Campion to come back to court to argue for release conditions later. Dais, who was dressed in prison orange and a headscarf in court, is being held in the Waukesha County jail.

Two of what appeared to be adult family members and an infant were in court Friday but left without commenting to news reporters.