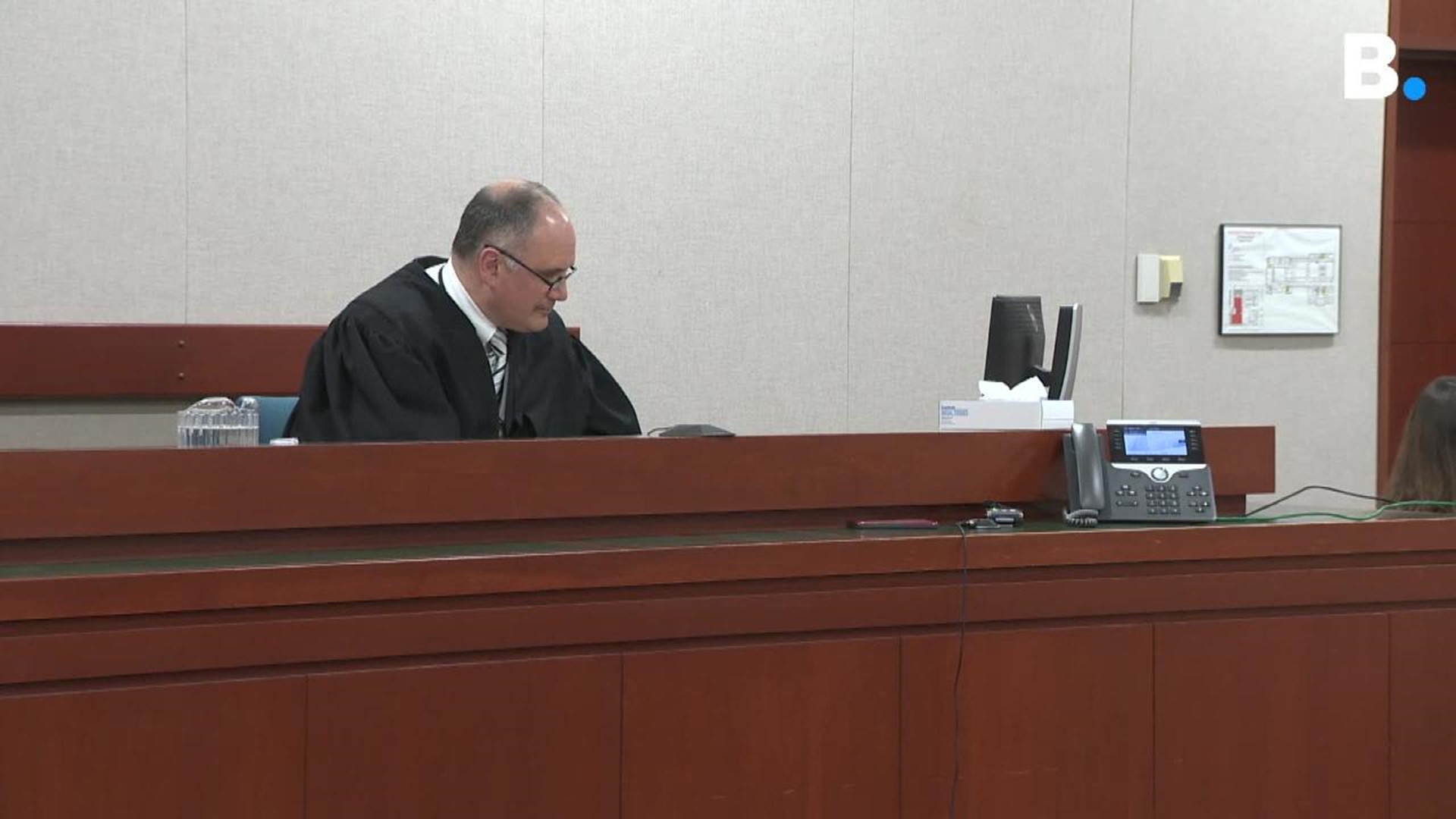 Credit: COURTESY VERMONT STATE POLICE
Carmen Guttilla. 60, was into custody on May 6, 2018, without incident. She was lodged on no bail for the charge of aiding in the commission of a felony (murder).

BURLINGTON, Vt. — One night last November, Carmen Guttilla took her gun from its hiding place and laid it on a dresser. She says she and her daughter Erika had agreed the man they called Don had to go.

"Either Erika or myself would have done it that night," Carmen Guttilla told Vermont State Police detectives Sunday night.

He'd been abusing family members for two years, according to Carmen Guttilla.

Later that night, when Don passed out drunk at the Guttilla home in Sheldon, Erika Guttilla shot him in the head, court papers state.

The mother and daughter rolled the corpse in a rug and stuffed it into a black garbage bin, head down. They couldn't fit the cover back on the bin.

They left it there on the porch for months, according to court papers.

Troy Ford, who was 35, "took over their lives and held them hostage in their own home," state court documents based on the police interview with Carmen Guttilla.

His remains were found over the weekend by two women walking their dogs, in an abandoned playground near the Guttilla home.

Carmen Guttilla, 60, was arrested Sunday night and charged with first-degree murder Monday afternoon in connection with Ford's death. If convicted, she faces life in prison.

Bryan Dodge, a public defender assigned to her case, entered a not-guilty plea on her behalf Monday. He argued she should be released on bail pending her trial, pointing out that she didn't flee.

Credit: GLENN RUSSELL/FREE PRESS
Carmen Guttilla appears in Vermont Superior Court in Burlington on Monday, May 7, 2018. Guttilla was charged with first-degree murder for what prosecutors say was her involvement in the November 2017 death of Troy Ford. Guttilla was ordered held without bail.

Even when detectives began following Carmen Guttilla on Sunday night, she didn't run, Dodge said, a narrative backed up by the court documents.

Instead, she locked up the liquor store she owns and went to a lake to think for about 15 minutes. Carmen Guttilla then drove to the hospital where her husband is receiving medical treatment. Detectives got out of their car and approached her.

Carmen Guttilla sat in the driver's seat of her black van, the van police believe her daughter used to move Ford's body when it finally left the porch.

She was crying, detectives said.

She was ready to talk, she told them.

Carmen Guttilla said she had been ashamed of what had happened to her family, and had been afraid to call the police because of extensive drug use in the house. (Michael Guttilla, her husband, told police he was a heroin addict who has recently stopped using the drug. And court documents make numerous references to Erika Guttilla using cocaine or methamphetamine.)

Nonetheless, Franklin County Assistant State's Attorney John Lavoie argued against letting Carmen Guttilla out on bail. He pointed out the crime had happened in November and had only been discovered this past weekend.

And for months, Ford's body had sat in the plastic garbage bin on the Guttillas' porch, he said.

Credit: GLENN RUSSELL/FREE PRESS
Carmen Guttilla appears in Vermont Superior Court in Burlington on Monday, May 7, 2018. Guttilla was charged with first degree murder for her involvement in the November 2017 death of Troy Ford. Guttilla was ordered held without bail.

Court documents detail an April 12 interview with Edward Bennett, an inmate at Northwest State Correctional Facility, who knew Ford and was arrested in connection with a probation violation while driving with Erika Guttilla and Cassani a month ago.

Bennett told police that Erika Guttilla had shown him the bin with Ford's body in it.

"I killed him," he said she told him. According to Bennett's statement to authorities, Erika Guttilla said if it were possible to bring Ford to life again, she would do that so she could kill him again.

He said he didn't believe her. That's when Erika Guttilla brought him into her bedroom, and showed him a big blood stain on the bed and other evidence a person had died there.

He said he asked her why she hadn't cleaned it up.

"Cause I don't care," she said, describing the abuse she'd suffered, records state.

At that point, five months after Ford's death, no one had reported him missing.

So detectives tried to find Ford after speaking to Bennett and reached out to Ford's family in Brooklyn. Ford's sister said it was normal for the family not hear from him for over a year.

After the body was found Sunday, detectives spoke to Melissa and Dakota Guttilla, who are Erika Guttilla's sister and brother.

Dakota Guttilla, who still lived at the house, told detectives that Ford was often physically abusive toward his family and had sexually assaulted his girlfriend. He said his parents would leave when Ford was there "because they didn't want to be around the drug deals."

Nobody wanted Ford at the house anymore, but he refused to leave.

The last time he saw Ford, Dakota said, was last fall, when Ford hit Erika Guttilla with a bottle of Hennessy.

Dakota Guttilla left the house to stay with a friend. When he came back, his mother told him that Ford was gone.

"We took care of it," he told police she said.

Read the affidavit of probable cause, a court document describing the argument for charging Guttilla with murder: