The Pinellas County sheriff says the sisters continue talking with investigators about a homicide they've since admitted to back in 2015. 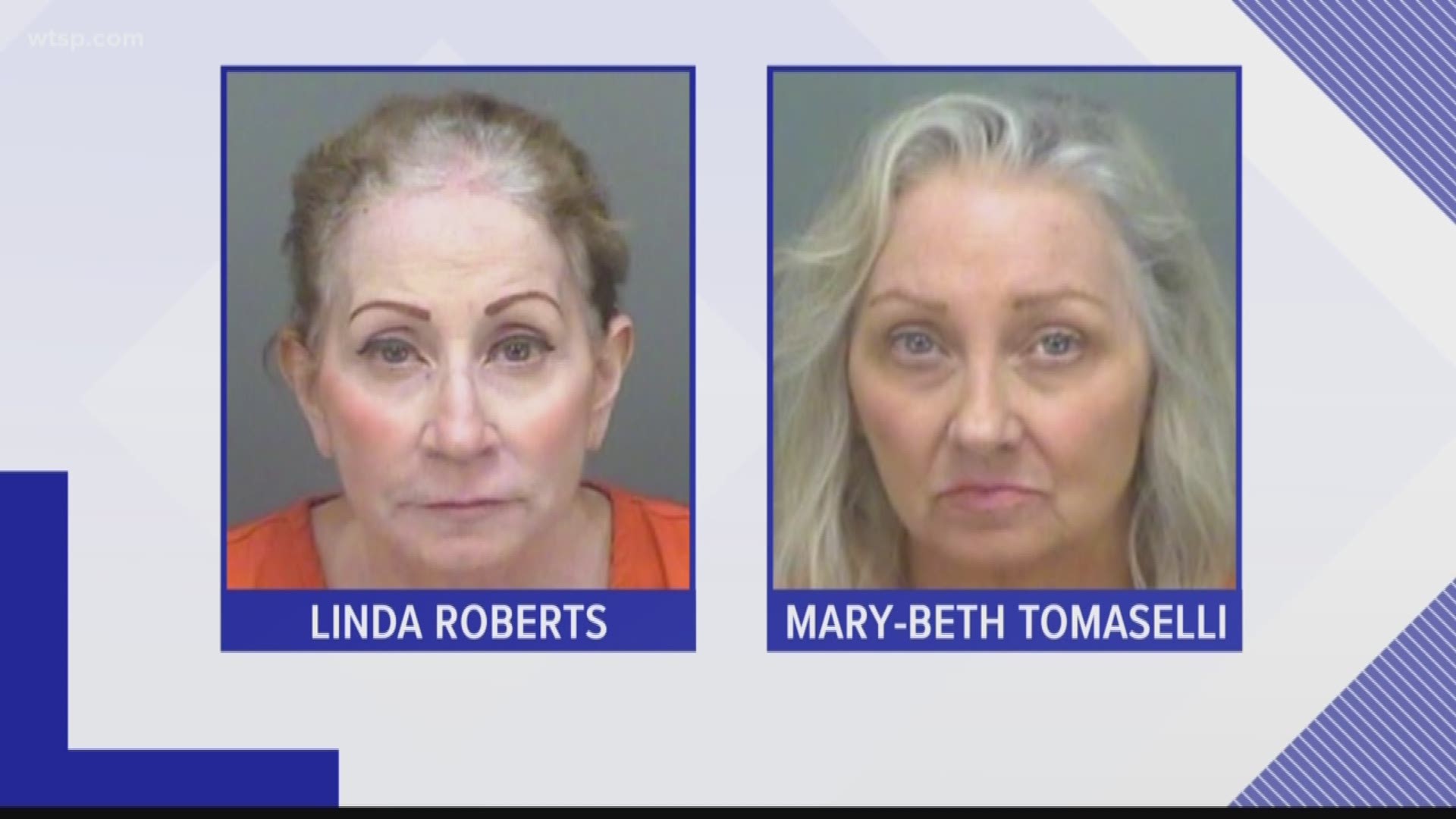 His daughters, 62-year-old Linda and 63-year-old Mary-Beth, called 911 on March 6, 2015, when they found him dead on the couch at his Natingham Close home. There was nothing for authorities to indicate something gone seriously wrong given his advanced age and various medical conditions.

Then the sisters started to talk, said Pinellas County Sheriff Bob Gualtieri during a news conference Tuesday after they were charged with first-degree murder.

Their story began to unravel years later: The sheriff said Mary-Beth met a man in August 2018 at a bar, and it wasn't long before their relationship became sexual. He later was introduced to Linda -- she is married, but the man and her also developed a sexual relationship, Gualtieri said.

It became clear to the man there was something wrong with Linda as she wasn't behaving normally.

In mid-February, Gualtieri said Linda invited the man over to her house and explained how Tomaselli didn't die naturally, but the sisters "euthanized" him.

The sisters originally told authorities their father was ill, suffering from cancer and dementia. They took their father to the beach and laid him to rest on the couch upon returning home. Around 6 a.m. the next morning, they found him dead.

Linda and Mary-Beth's mutual acquaintance heard another story, and he pulled out his phone to record it all and give the information to the sheriff's office the next day.

The sisters reportedly claimed Tomaselli didn't want to go to an assisted living facility and figured he would die in a few months, so they wanted to hasten it. The night before they found him dead, Linda and Mary-Beth gave him a concoction of alcohol and sleeping pills, but too much alcohol overpowered the medication, the sheriff said.

They found him breathing, albeit laborious, the next morning.

"He was moving around ... and it appeared to them that he was not going to die by what they gave him," Gualtieri said.

The sheriff explained they put a pillow on Tomaselli's face to suffocate him. When that didn't work, investigators say a rag was stuffed down his throat and Mary-Beth pinched his nose.

Mary-Beth's daughter, Lauren, was in the home at the time and was given sleeping pills so "she would not be awake to see her grandfather," Gualtieri said.

Mary-Beth noted the whole thing was "weird;" he still kept a pulse because of his pacemaker despite being dead, Gualtieri said.

Linda reportedly also claimed she wanted her abusive husband dead, too, with all assets in her name. Gualtieri believes the killing "was gnawing at" Linda, so she ended up talking. The man did the right thing to come forward, he added.

Mary-Beth since "kind of spilled her guts" talking to authorities, admitting to the crime, Gualtieri said.

"They clearly knew what they were doing," he said. "They had a plan."