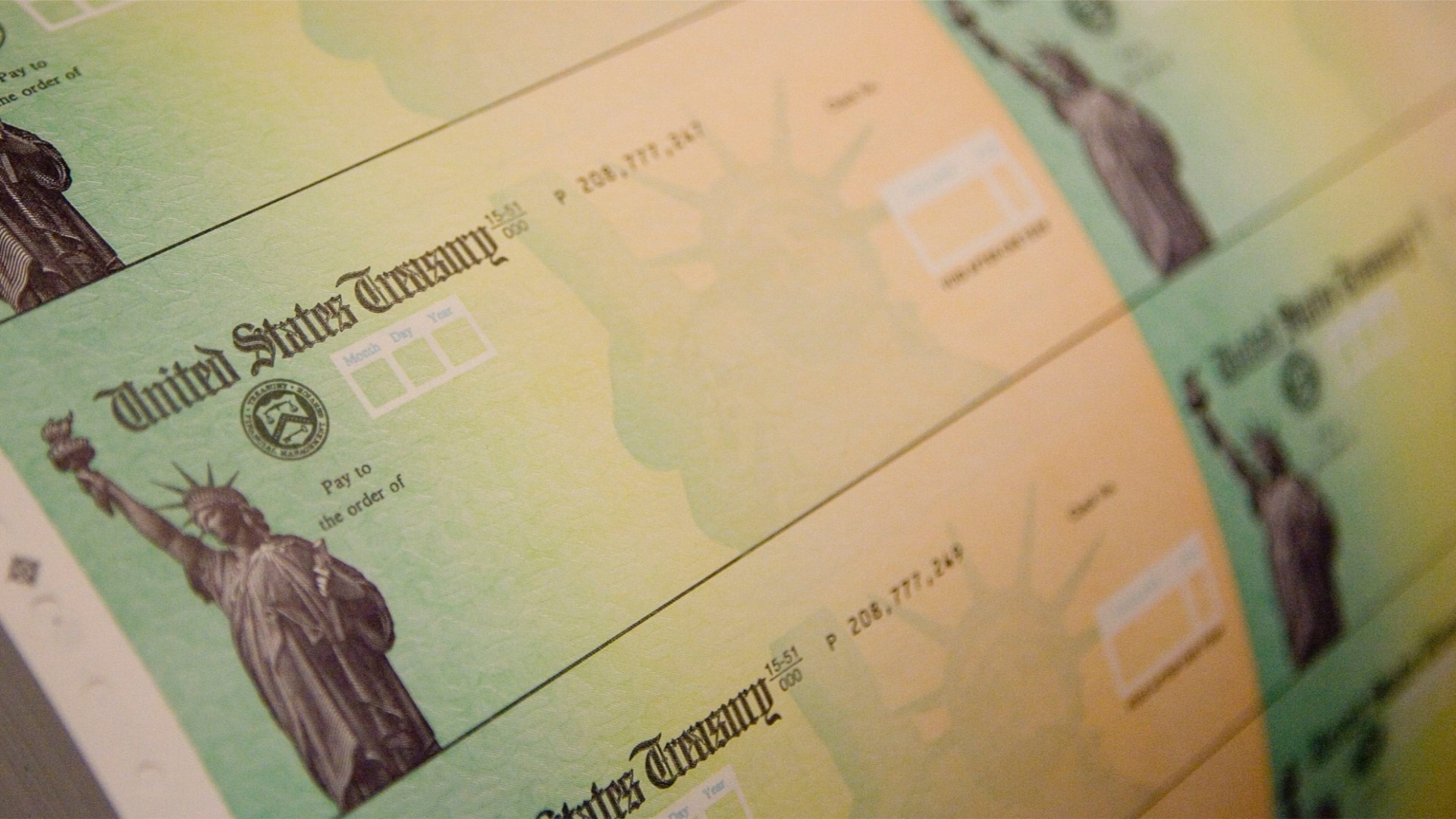 Congress is ending a chaotic session, a two-year political firestorm that started with the longest federal government shutdown in U.S. history, was riven by impeachment and a pandemic, and now closes with a rare rebuff by Republicans of President Donald Trump.

In the few days remaining, GOP senators are ignoring Trump's demand to increase COVID-19 aid checks to $2,000 and are poised to override his veto of a major defense bill, asserting traditional Republican spending and security priorities in defiance of a president who has marched the party in a different direction.

“I am with President Trump on this," Graham said on Fox News.

“Our economy is really hurting here,” he said. "There’s no way to get a vote by Jan. 3. The new Congress begins noon Jan. 3. So the new Congress, you could get a vote.’’

RELATED: VERIFY: How quickly will stimulus payments roll out?

As the Senate grinds through the New Year's holiday, the one-two rebuke of Trump's demands punctuates the president’s final days and deepen the divide between the Republican Party's new wing of Trump-styled populists and what had been mainstay conservative views.

The stalemate is expected to drag into the weekend.

An exasperated Senate Democratic leader Chuck Schumer said this week, “After all the insanity that Senate Republicans have tolerated from President Trump — his attacks on the rule of law, an independent judiciary, the conduct that led to his impeachment — is this where Senate Republicans are going to draw the line — $2,000 checks to the American people?”

The refusal to act on the checks, along with the veto Friday or Saturday of the defense bill, could very well be among McConnell's final acts as majority leader as two GOP senators in Georgia are in the fights of their political lives in runoff elections next week that will determine which party controls the Senate.

Trump made an early return Thursday to the White House from his private club in Florida.

It's a dizzying end to a session of Congress that resembles few others for the sheer number of crises and political standoffs as Trump's presidency defined and changed the legislative branch.

Congress opened in 2019 with the federal government shutdown over Trump's demands for money to build the border wall with Mexico. Nancy Pelosi regained the speaker's gavel after Democrats swept to the House majority in the midterm election.

The Democratic-led House went on to impeach the president over his request to the Ukrainian president to “do us a favor” against Biden ahead of the presidential election. The Republican-led Senate acquitted the president in 2020 of the charges of abuse of power and obstruction of Congress.

When the pandemic struck, Congress rallied with unusual speed and agreement to pass a $2 trillion relief package, the largest federal intervention of its kind in U.S. history.

The COVID-19 crisis also shuttered the Capitol and altered the workings of Congress. The House changed its rules to allow proxy voting, a first, so lawmakers could avoid the health risks of travel to Washington. The Senate ultimately halted its traditional daily lunches.

The usually bustling halls of Congress became eerily silent most days. Many members tested positive for the virus.

The Congress had few other notable legislative accomplishes, and could not agree on how to respond to the racial injustice reckoning that erupted after the deaths of George Floyd, Breonna Taylor and other Black Americans at the hands of law enforcement.

Instead, the Senate was primarily focused on filling the courts with Trump's conservative judicial nominees, including confirming his third Supreme Court justice, Amy Coney Barrett.

As the session appeared to be winding down, Trump stunned Washington days before Christmas by delaying his signature on the latest $2 trillion-plus COVID relief and year-end funding package over his fresh demands for additional aid.

Trump’s push for $2,000 checks gained sudden momentum when dozens of House Republicans joined Democrats in approving the measure Monday. But the effort fizzled in the GOP-led Senate.

Democrats embraced Trump's demand, a rare alliance with the Republican president, but his own party split between those few joining his push for more aid and others objecting to more spending they said was not targeted to those who need it most.

Liberal senators, led by Bernie Sanders of Vermont, who support the relief boost are blocking action on the defense bill until a vote is taken on Trump’s demand.

McConnell offered an alternative aid bill, linking the $2,000 checks with Trump's other priorities, including a complicated repeal of protections for tech companies like Facebook or Twitter and the establishment of a bipartisan commission to review the 2020 presidential election.

But the GOP leader has scheduled no votes on his measure and it would be unlikely to have enough support in Congress to pass.

For now, the smaller $600 checks are being sent to households. Americans earning up to $75,000 qualify for the payments, which are phased out at higher income levels, and there’s an additional $600 payment per dependent child.

The outgoing president has been berating Republican leaders for the standoff, but he appears more focused on gathering GOP support for his extraordinary Electoral College challenge of Biden's victory when the vote is tallied in a joint session of Congress on Jan. 6.

Republican Sen. Josh Hawley of Missouri is among those leading Trump’s challenge to the Electoral College result, but he was rebuked Thursday by GOP Sen. Ben Sasse of Nebraska, who warned colleagues off what he called a “dangerous ploy” that could damage trust in elections.

The challenge is not expected to change the election outcome, with Biden set to be inaugurated Jan. 20. But it will be among the first votes tallied in the new Congress.