Paul Woods reflected on the cost of freedom. He recalled the dark days of segregation, but his service to country came first. 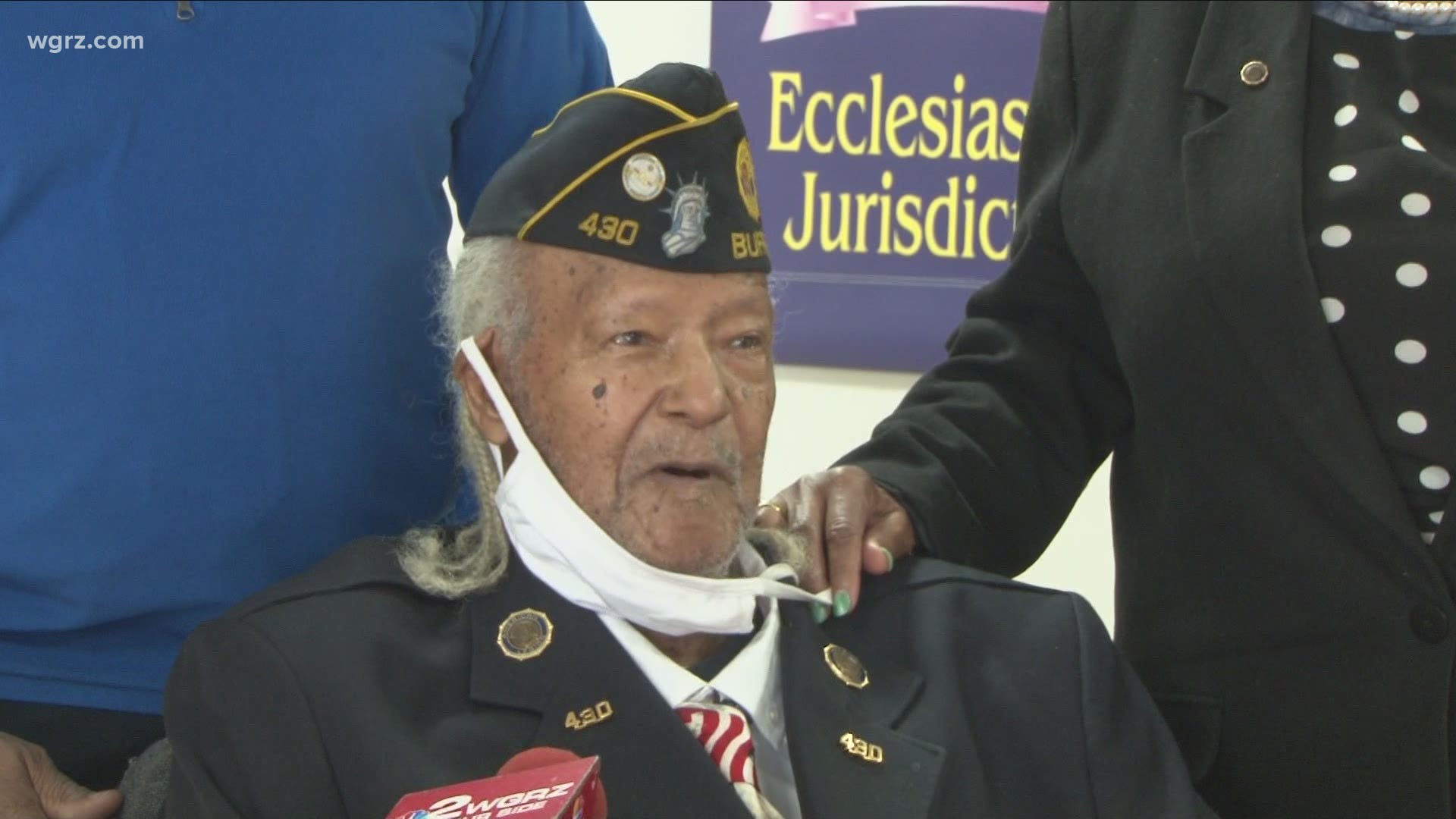 BUFFALO, N.Y. — Saturday was a special day for Paul Woods in Buffalo.

Woods was presented with an American flag and Congressional Proclamation.

The near-centenarian reflected on the cost of freedom and recalled the dark days of segregation, but his service to country came first.

He also talked about the impact of war on his life.

"Back then I was young," Woods said. "I wasn't sure what the other part of the world looked like. I found out. It was bullets, gun powder death...wasn't no discrimination in the burial, we're all brothers."