A visitor at Vermont's Statehouse alerted police to more than 30 of the plants discovered among cultivated flowers that line the walkway in front of the building. 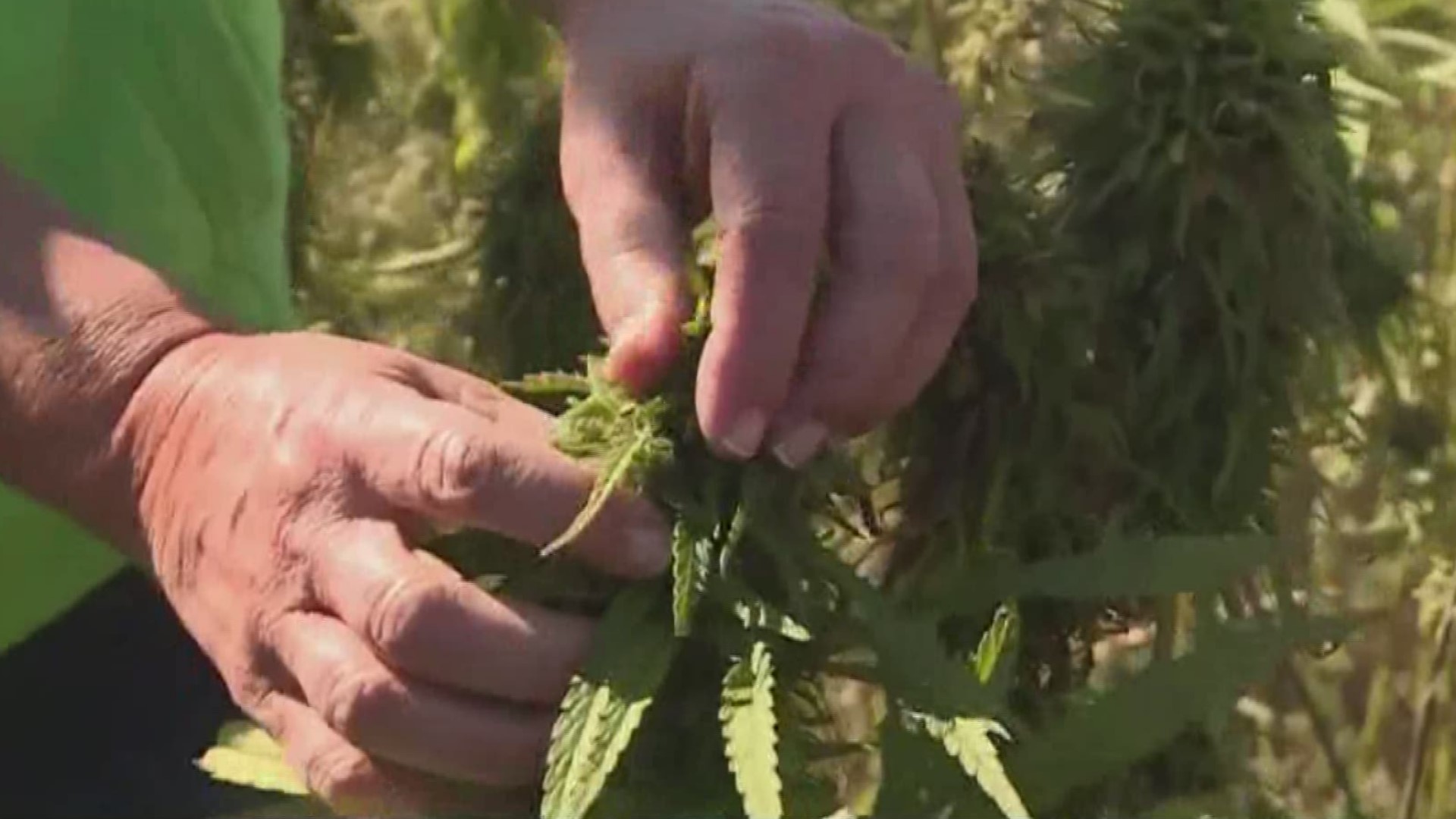 A visitor to the Statehouse alerted police to what turned out to be 34 plants found by officers this week among the cultivated flowers that line the walkway in front of the building in Montpelier.

Workers for the branch of state government responsible for the gardens might have found more plants, said Capitol Police Chief Matthew Romei.

Credit: AP
This photo released Friday, July 12, 2019, by Vermont Capitol Police shows cannabis plants, left, growing on the grounds of the Statehouse in Montpelier, Vt. Police said they found a total of 34 plants during the week among the cultivated flowers that line the walkway in front of the building, but it hadn't been confirmed if the immature plants were marijuana or hemp. (Matthew Romei/Vermont Capitol Police via AP).

The chief said that he didn't know whether the immature plants were marijuana or hemp and that he doesn't intend to have the plants tested to see because he foresees no criminal case.

RELATED: Can CBD make you fail a drug test? | VERIFY

In Vermont, possession of small amounts of marijuana for recreational use is legal, but it remains illegal to grow it in public. Farmers can plant hemp as a cash crop.

"The only way we can make a criminal case is if someone comes down and claims it," Romei said Friday.

Officials have made similar discoveries in the Statehouse flower gardens in previous years, Romei said, but it was the first instance in the two years he has been chief.

"This was a humorous thing to come back to off from vacation," Romei said of Monday's discovery.