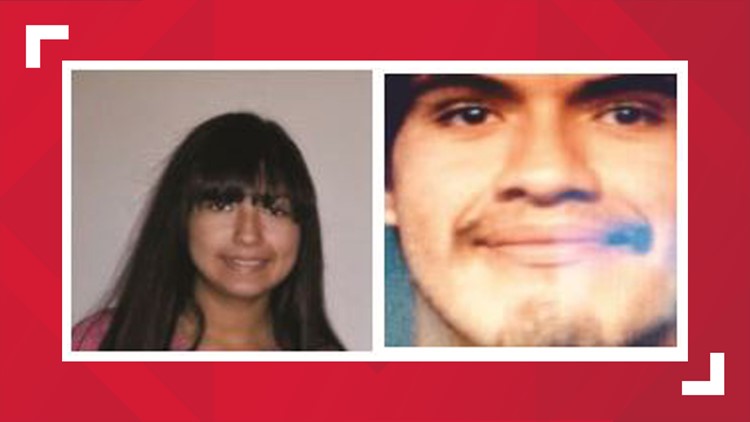 DEL RIO, Texas — UPDATE: An AMBER Alert for a missing 13-year-old Del Rio girl has been canceled and the girl recovered Wednesday.

According to the U.S. Marshals office, Betsabe Perez was located "safe and sound" by members of the Lone Star and North Texas Fugitive Task Force around 10:30 Wednesday morning in Fort Worth.

The 13-year-old was reported missing by family members in September and had been missing for a month.

An AMBER Alert has been issued for a missing 13-year-old Del Rio girl believed to have been abducted last month.

According to the Texas Department of Public Safety, Betsabe Perez was last seen at 208 West Drive around noon on September 9. At the time, she was wearing jeans, a white t-shirt, and a black & white bandana on her head.

The teen is described as 5' 5" tall and has brown eyes and brown hair. Authorities believe Perez is in grave or immediate danger.

DPS has identified a suspect in her possible abduction as 19-year-old Erick Diaz-Tapia. He has brown eyes and black hair; authorities say Diaz-Tapia is six feet tall.

DPS believed the suspect drives an older-model red four-door sedan. The vehicle has Texas license plates and could be a Pontiac.

Anyone with information is asked to call the Val Verde County Sheriff's Office at 830-774-7513.