The reverence Apple seemed to be according its card triggered widespread derision on Twitter and elsewhere on the internet. 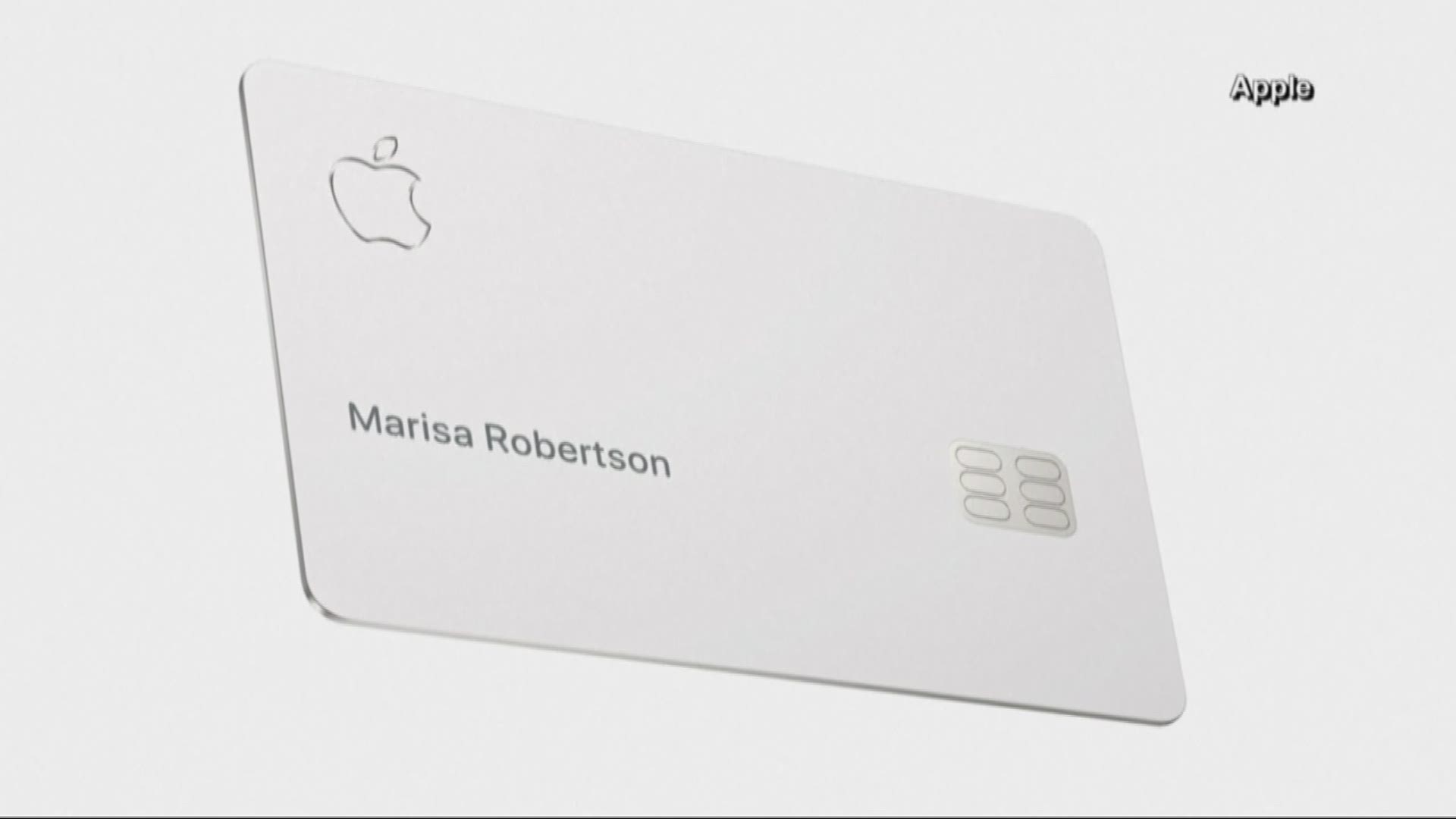 SAN FRANCISCO — Apple believes some of its zealous customers will treasure its new titanium credit card so much that they will spend time polishing its white finish.

That's why Apple has posted instructions on how to clean the card properly and warned that some materials might leave blemishes that are difficult to remove.

The list of potential hazards includes leather and denim, prompting some people to conclude Apple's credit card is so special that it can't be stored in the wallets and pockets where most other credit cards reside.

But the company says it merely wants people to know that the dyes used in some types of leather and denim can leave stains. Those discoloring marks are unlikely in most kinds of wallets and jeans, something Apple alluded to in its post by advising that the card can be kept in a wallet or pocket made of "soft materials."

The reverence Apple seemed to be according its card triggered widespread derision on Twitter and elsewhere on the internet.

Credit: AP
FILE- In this March 25, 2019, file photo, Jennifer Bailey, vice president of Apple Pay, speaks about the Apple Card at the Steve Jobs Theater during an event to announce new products in Cupertino, Calif. The Apple-branded credit card that’s designed primarily for mobile use will start rolling out on Tuesday, Aug. 6. (AP Photo/Tony Avelar, File)

"Do not look directly at Apple Card," Alex Stamos, a former top security executive at Yahoo and Facebook, mocked in a tweet late Wednesday . "Do not speak to Apple Card. Do not denigrate Apple Card in Its Holy Presence."

In reality, Apple's cleaning instructions for the card mirrors the same practice it applies for its iPhone, iPad, Mac computers, ear buds and all other physical products. But while it's common for people to clean those devices, few consumers spend time sprucing up their credits cards.

Apple describes a two-step cleaning process involving microfiber cloths and isopropyl alcohol and includes a list of inappropriate cleaners. The instructions also warn against touching another credit card or "potentially abrasive objects" like coins or keys.

The Apple Card, announced in March in partnership with Goldman Sachs, started rolling out in the U.S. this month. Though industry experts say the card's financial benefits mirror many of those already out there for consumers, Apple is positioning it as a refreshing change from the thousands of other credit cards that have been available for decades.

In one of the biggest differences, the card is designed to be primarily used with the Wallet app on the iPhone and Apple Watch. But at retail stores, that requires merchants to accept Apple Pay. Apple and Goldman Sachs are giving people the option of a physical card to use when Apple Pay isn't an option.

The card is made of titanium and a sleek white finish to give it added flair and prestige. It's a strategy that has worked well for other high-end cards made of metallic alloys, such as the Chase Sapphire Reserve Card .

As part of its effort to keep its new credit card customers happy, Apple is offering to replace any card that loses its sheen, at no extra charge.

Tali Arbel contributed to this story from New York.