Arizona plans to use poisonous gas similar to Nazis' in executions. Here are 6 things to know

First death sentence in 7 years likely to be carried out in the fall. AG Brnovich has been pushing for resumption of executions 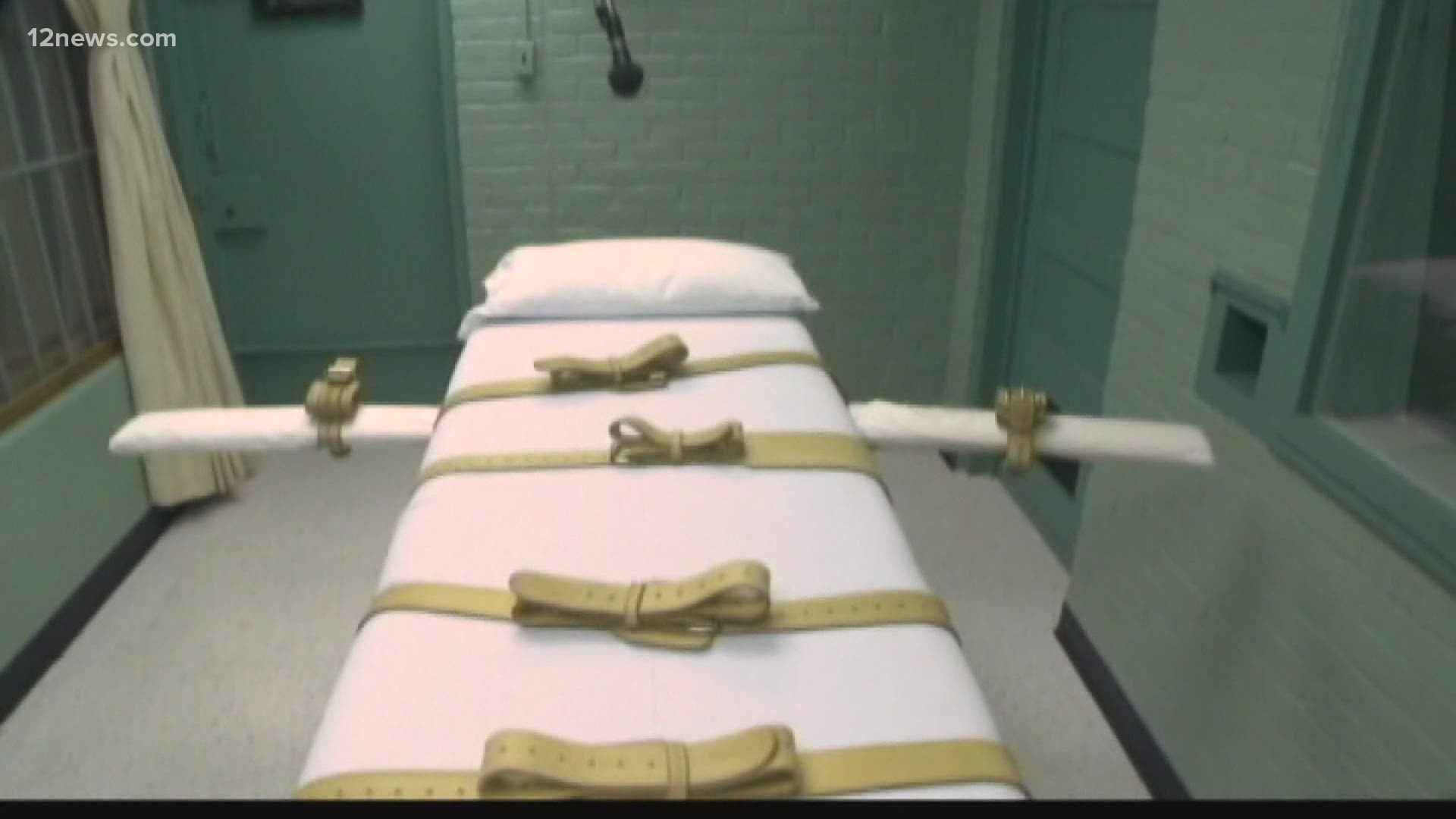 FLORENCE, Ariz. — Arizona is bringing back the gas chamber for executions, using the same lethal mix of poison that killed millions of Jews in Nazi death camps.

What one expert labels "the single most inhumane method of execution" has been in the works for months at the state prison at Florence, according to Arizona Department of Corrections documents obtained by 12 News.

State prison officials have been refurbishing the existing gas chamber, unused for more than two decades, and working out procedures for handling the deadly cyanide gas.

The state's first execution in seven years will likely be scheduled for sometime in the fall.

Here are six things you need to know:

Why are executions coming back?

The botched execution of murderer Joseph Wood in 2014 led to a halt to executions in Arizona.

It took two hours and 15 injections with execution drugs to put Wood to death.

A legal settlement forced the Department of Corrections to change the way it handles executions. Obtaining drugs for lethal injections remains a challenge, which is in part why the number of executions nationwide hit a 29-year-low last year.

Last spring, Brnovich announced the state had obtained the drugs needed for executions.

Why is the gas chamber back in use?

DOC's renovation of the gas chamber came to light only after Guardian.com obtained documents through a public records request.

Arizona law still allows for condemned inmates to die in a gas chamber.

In 1992, Arizona voters approved the use of lethal injections for executions, after the gruesome asphyxiation of triple-murderer Donald Harding in the gas chamber.

Under the new statute, Death Row inmates who committed a capital offense before Nov. 23, 1992, could choose between lethal injection or lethal gas for their execution.

Fewer than 20 of the 115 inmates on Death Row today would have that choice.

Brnovich has said that the death sentences of 14 inmates who have exhausted all appeals should be carried out.

Arizona was the only state using a gas chamber when Death Row inmate Walter LaGrand was executed in 1999. He was the last inmate to be gassed to death in a U.S. prison.

What is the Nazi connection?

According to DOC documents, the chemicals used in the Arizona gas chamber are similar to those in Zyklon B, the trade name for the cyanide gas used in the Nazi death chambers.

"It is an accurate comparison. This is very similar to what was used in Nazi Germany," said Deborah Denno, a Fordham University law professor who has studied all the ways that American prison inmates have been put to death over the last 25 years.

"There are ways of measuring what constitutes something that's inhumane. I think that lethal gas, of all the methods of execution that have ever been used in this country, is the single most inhumane method."

Denno added: "We know the death lasts for a long time, and it's a horrible death," akin to suffocation.

The dark stain of the gas' use by the Nazis has left many speechless.

"In 2021, how can you think it is morally acceptable to kill prisoners in a manner that is essentially the same way the Nazis committed genocide in the Holocaust?" said Robert Dunham, executive director of the Death Penalty Information Center.

"How can you think that's reasonable? Did anybody who is associated with this process ever study the Holocaust?"

The executive vice president of the International Auschwitz Committee told the New York Times: "For Auschwitz survivors... this is a disgraceful act that is unworthy of any democracy and, moreover, insults the victims of the Holocaust."

What do top elected officials say?

When asked about the gas chamber's notorious reputation, a Ducey spokesman said the governor was just following the law.

"The governor is following the law and the law is pretty clear," spokesman C.J. Karamargin said. "We are looking forward to justice for victims who've waited a long time

A spokeswoman for Brnovich, the elected official seeking death warrants for inmates from the Arizona Supreme Court, referred questions to DOC.

What do Death Row inmates say?

Joseph Perkovich, the attorney for Death Row inmate Frank Atwood, says DOC is violating its own execution protocols by using the wrong form of cyanide gas.

"Records reflect that the state procured a different form of cyanide gas from the one specified in its protocol," Perkovich said.

Perkovich has also filed motions contending that the expiration date on the lethal injection drug would make it impossible to carry out his execution.

DOC did not respond to a request for comment.

Atwood was convicted of kidnapping and murdering an 8-year-old Tucson girl, Vicki Lynne Hoskinson, in 1984. Vicki's remains were found in the desert.

Atwood has been on death row for almost 35 years. He will have the choice of how he wants to be executed.

"Given how horrific the State of Arizona's track record is with regard to lethal injection, Mr. Atwood is forced to assess these two options," Perkovich said.

"They're both very unsatisfactory choices in terms of avoiding a severely botched or painful execution."

What does the victim's family say?

Brandt wrote a letter to Ducey in September 2019 pleading with him to obtain execution drugs.

In a recent post, Brandt said: "The execution of Atwood will never bring Vicki back, we know that. But what it will do is stop the roller coaster of living hell we face every day while he breathes on this earth."