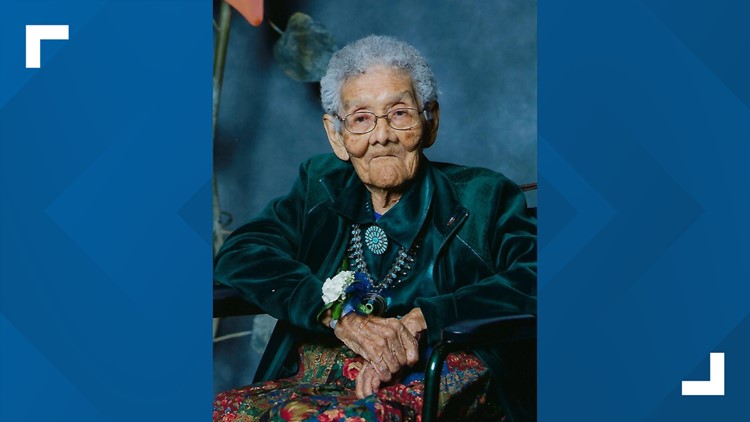 Sophie Yazzie, the longest-living veteran in Arizona, died on Saturday. She was 105.

Yazzie died in Tucson, according to a press release from the Navajo Nation.

Gov. Doug Ducey offered his condolences to Yazzie's family in a tweet.

"Saddened to learn of the passing of Sophie Yazzie, a World War II Veteran and member of the Navajo Nation," part of the tweet read.

"At the age of 105, Sophie was one of the longest living female WWII veterans. Arizona is forever grateful for her service. Our prayers are with her loved ones."

Navajo Nation President Jonathan Nez said Yazzie was a "a matriarch for her family and a warrior for our Navajo people who served our country with great honor and dignity.

"To her family, we pray for comfort during this difficult time," part of the tweet read.

Yazzie was a member of the Navajo Nation. She was born in Canyon de Chelly in 1914.

At 28, she enlisted with the U.S. Army Air Corps and served during World War II until she was honorably discharged, according to the Navajo Nation.

After that, she returned home and worked at Wingate Boarding School while raising her children. She did not retire until she was 70.

Yazzie's funeral service has not been confirmed yet. The family is accepting donations, which can be sent to Kathleen Yazzie Lampert at 6110 E. 30th Street in Tucson.