George Floyd's death is about 'what are you as a human being,' Atlanta leaders say

The 46-year-old died after he was stopped by police. Video shows a white Minneapolis police officer kneeling on Floyd’s neck as he says “I can’t breathe.” 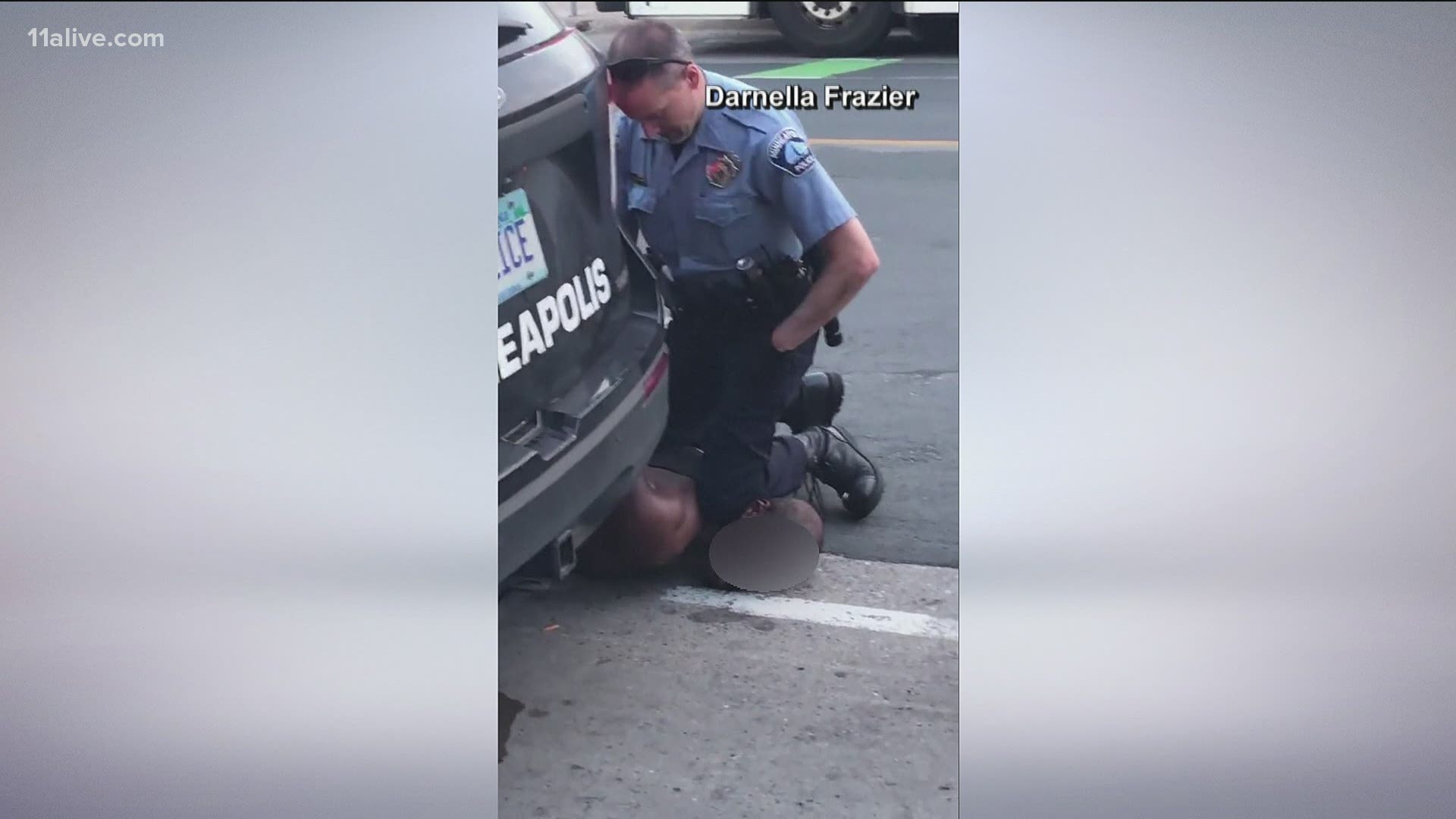 ATLANTA — The news about a black man who died in police custody in Minneapolis, Minnesota has sparked outrage across the country. It's drawing communities and leaders in Atlanta to also speak up about George Floyd's death.

The 46-year-old died after he was stopped by police. Video shows a white Minneapolis police officer kneeling on Floyd’s neck as he says “I can’t breathe.” The four officers involved in the death have been terminated.

Atlanta Chief of Police Erika Shields described the incident as horrific and said what happened is not about policing.

"This is about what are you as a human being," she said.

“You know, the communities in Atlanta are looking at this and saying, 'wait a minute. This could be my son, my brother, my uncle'," Shields said.

She also talked to 11Alive about the officer's actions.

“That technique is not trained on by APD or by the state, but I’d be surprised if Minneapolis is training on that technique," she said. “As a law enforcement agency, the first thing you need to do is go to your training academy and say, 'what are we training on?' and make sure there’s not something there we just didn’t realize.”

“We took the video, and we play that frame-by-frame for our recruits to show them how not to do it, to show the consequences of their actions and to make them understand - even better with greater clarity - what their role is, not just as the arresting officer, but as the officer who is standing by to intervene and stop such egregious behavior," Shields said.

She's not the only Atlanta leader who has as commented about Floyd's death.

"It is THAT feeling again. The one that makes me sick to my stomach and nudges me to hold my children close....And “YES” I’ve felt it EACH time, at home and watching it from afar. “I, too, am America.” ~Langston Hughes #GeorgeFloyd," Atlanta Mayor Keisha Lance Bottoms tweeted.

In an interview with 11Alive, Bottoms said, "enough is enough."

Floyd's death has also sparked conversations in the sports world. Lloyd Pierce, coach of the Atlanta Hawks shared a photo of himself on Instagram, saying "there is an APPROPRIATE FEAR being a black man in America."

"Feeling safe/protected is NOT an option for me. To think #JusticeforFloyd could easily be #JusticeforLloyd and it’s because we look alike to (those who discredit our existence) We are recycling hashtags and protests to no avail," he wrote.

Bernice King, daughter of Dr. Martin Luther King, Jr., tweeted a photo of the officer pinning Floyd down with his knee next to a photo of Colin Kaepernick taking a knee.

"If you’re unbothered or mildly bothered by the 1st knee, but outraged by the 2nd, then, in my father’s words, you’re 'more devoted to order than to justice,'" she tweeted.

“I have asked for this investigation to be expedited and greatly appreciate all of the work done by local law enforcement. My heart goes out to George’s family and friends," Trump tweeted.

After his father's death, man donates iPads to hospitals and nursing homes to connect families during pandemic