'We felt compelled to help because it is a humanitarian crisis.' 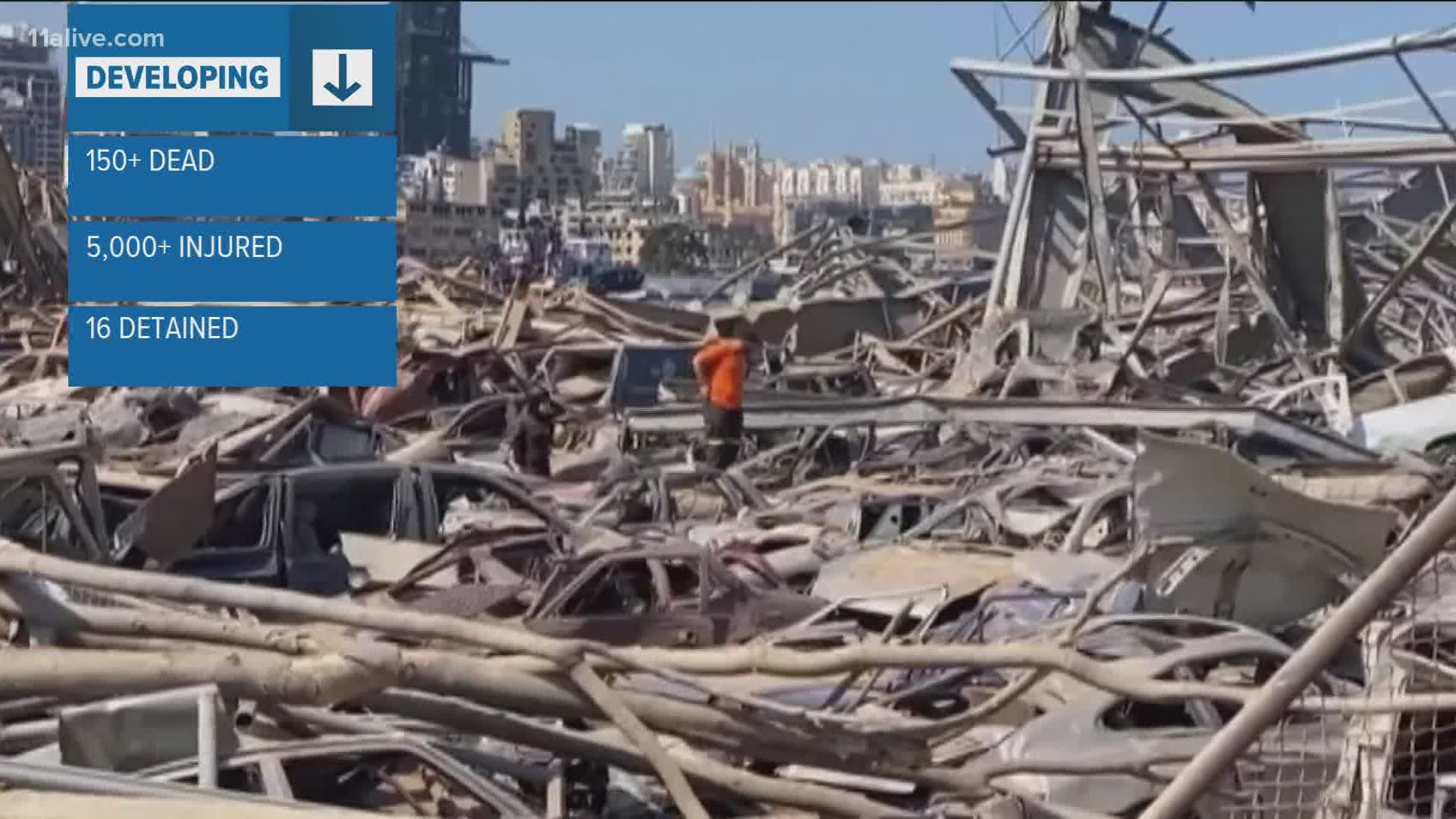 ATLANTA — Compassion is being felt for Beirut all around the world after a massive explosion leveled portions of the city. In Atlanta, the Lebanese community is coming together by raising recovery funds.

Hundreds of volunteers are working to remove the rubble and debris from the streets of Beirut. Piece-by-piece, men, and women are trying to recover what they can after a massive blast demolished parts of the city – leaving at least  250,000 homeless.

More than 6,000 miles away in Georgia, Perla Osta remembers Beirut differently as a child - when she lived there.

"My plan was always moving there, working there, and then when I saw that things were sort of going downhill, I thought maybe I’ll retire there later on," Osta said. "And, now, a lot of people are like maybe that’s not going to happen."

She dreamed of returning there one day to live again. Financial challenges in Lebanon pushed back her timeline. Now, after the recent destruction, she’s unsure it will ever happen.

"Beirut’s been destroyed and rebuilt maybe five or six times and you think there’s hope, but I feel like this time ... like we’re not really getting anywhere," Osta said.

Yet, filled with some hope, she’s donating proceeds from her home bakery business, Sweets of the Cedar. It’s a reference to the cedar tree – the national symbol of Lebanon. Osta plans to give the money to the Red Cross for the rest of this month. She said orders have picked up since making the announcement on Facebook.

"My messages, DMs, all of that, I have not had time to answer all that," she said.

The Tripoli Association of Atlanta is also opening its heart. The organization’s members are primarily of Lebanese decent – some with family and friends impacted by the blast.

"There are some minor injuries but no loss of life, thank God," said association president, Michael Halaby.

The group said it has already raised $11,000, which will go directly to the Beirut Center Rotary Club.

"We felt compelled to help because it is a humanitarian crisis," said Halaby adding, "We are trying to maintain this culture of compassion and mercy."

To make a donation through the Tripoli Association of Atlanta, visit their website here.

Vigils for Beirut are being planned around the metro for the weekend. There will be one at East Roswell Park in Roswell, Georgia at 7 p.m. on Saturday.