Those guns, commonly referenced as ghost guns, are the type of weapons the Biden Administration is targeting with a list of new executive actions. 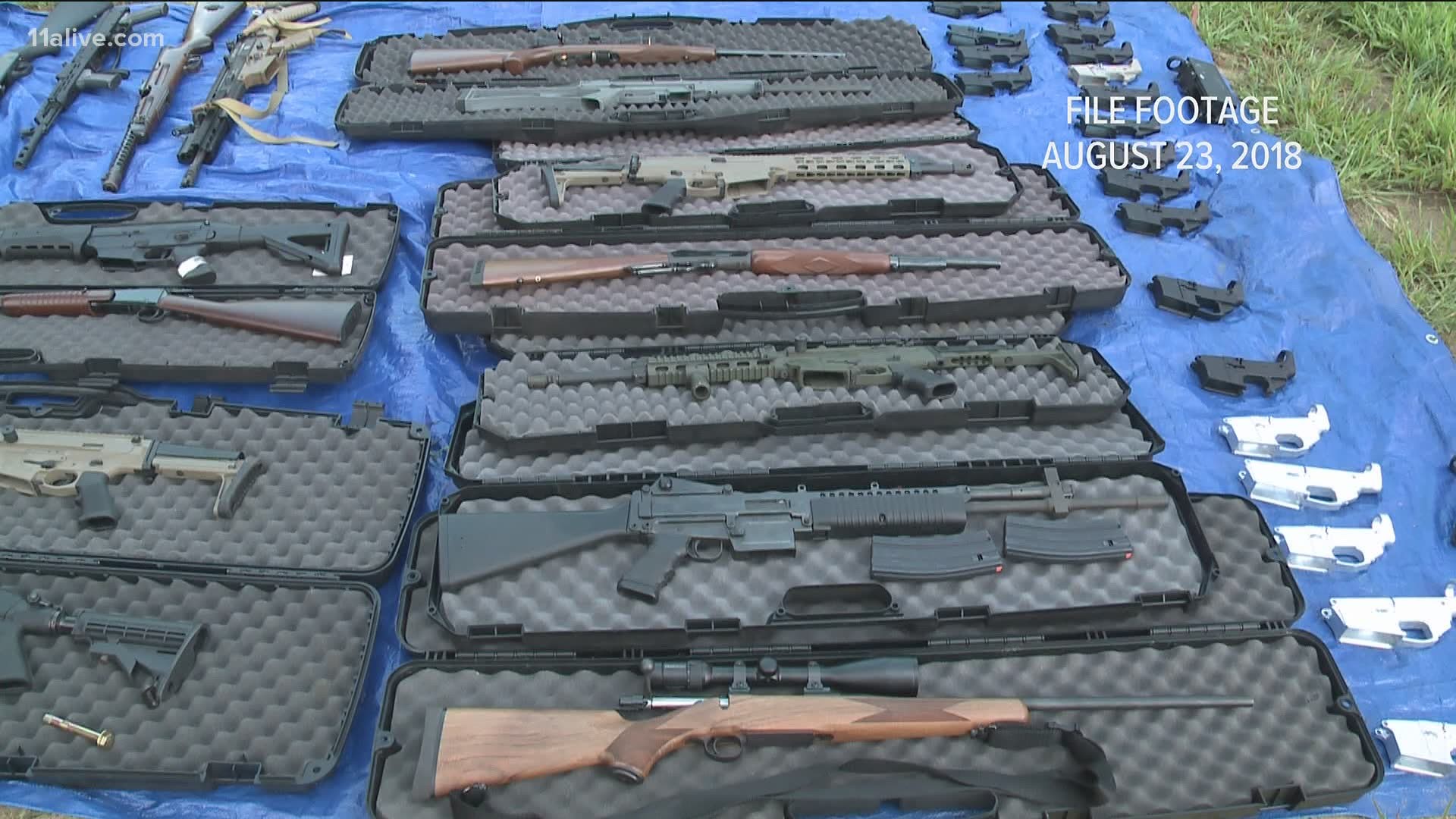 ATLANTA — It was August 23, 2018 when an opioid investigation led several agencies to a bunker full of weapons in Gainesville, Georgia

The Hall County Sheriff’s Office, ATF, and DEA were investigating a drug operation near Roswell when they obtained a search warrant for a 42-acre property in Hall County. Authorities thought they would found a drug lab, but instead found an underground bunker with 51 guns, including a Gatling gun, full boxes of ammunition, 500 pounds of marijuana and fentanyl.

DEA Associate Special Agent Chad Cook said at the time, they believed criminals purchased incomplete gun lowers - a piece of aluminum that can be used to turn into guns - from Amazon, then manufacturing the gun. None of them had serial numbers.

Cook said it looked like someone was preparing for war.

“That concerns us as law enforcement when you encounter these sort of people.,” Cook said.

Those guns, now commonly referenced as ghost guns, are the type of weapons the Biden Administration is targeting with a list of new executive actions.

On Thursday, President Joe Biden directed the Department of Justice to write rules that will reduce the proliferation of “ghost guns”. Biden said he wants kits and parts used to make the guns to be treated as firearms, where the parts have serial numbers and those subjected to a background check.

Additionally, the president ordered the DOJ to publish model legislation on “red flag” laws, where families or police can request courts to temporarily remove guns from those who are in danger to themselves or others.

“The spa shootings here in Atlanta recently were a perfect example,” said Georgia State Representative Matthew Wilson. “This individual showed threatening behavior in the weeks leading up to the shooting, so much so that his parents were alarmed and kicked him out of the house. But, because there was no court order in place, he was allowed to go buy firearms from someplace else. If Georgia had a red flag law, I think it potentially could have prevented that horrible incident that we saw.”

Wilson introduced HB 309, a version of a red flag law based on a similar law in Florida, in 2019 and in 2021. Both times the measure failed.

“Let’s do something about gun violence. I respectfully beg of you. I pray that this is not a a tragedy that has to affect hundreds of Georgians before this body can address it,” Wilson said to members of the Georgia House of Representatives a week after the spa shootings.

“I was told very early in my legislative career that we would not be taking up gun safety measures.,” said Wilson. “Unfortunately, I think that the Georgia Republican Party has decided that they cannot take any action on this issue.”

In a statement, the Georgia GOP said, “democrats put American families at risk.”

“Joe Biden has made it clear he wants to stop Americans from defending themselves by confiscating the tools of self-defense. Democrats are pursuing an agenda that empowers those who defy the law and disarms those who obey it,” the statement continues.

The issue of gun measures continues to be a divisive issue in Washington. In an interview with Fox News, Senator Steve Daines (R-MT) said, “it’s not going to make us any safer. It just infringes on our Second Amendment Rights.”

Echoing similar statement from Biden, Wilson said it’s a valid concern and people should have the right to defend themselves.

“But, as far as legislative solutions, none of them take away the rights of law-abiding citizens to enjoy their Second Amendment rights,” he added.

Biden directed the DOJ to issue a report on firearms trafficking, which hasn't been done since 2000. He also announced support for programs aimed at "reducing gun violence in urban communities through tools other than incarceration.”

Additionally, Biden asked Congress to pass legislation already through the House to tightening background checks and reauthorized the Violence Against Women Act. He also called again for a ban on assault weapons and high capacity magazines and removed liability protections for gun makers. 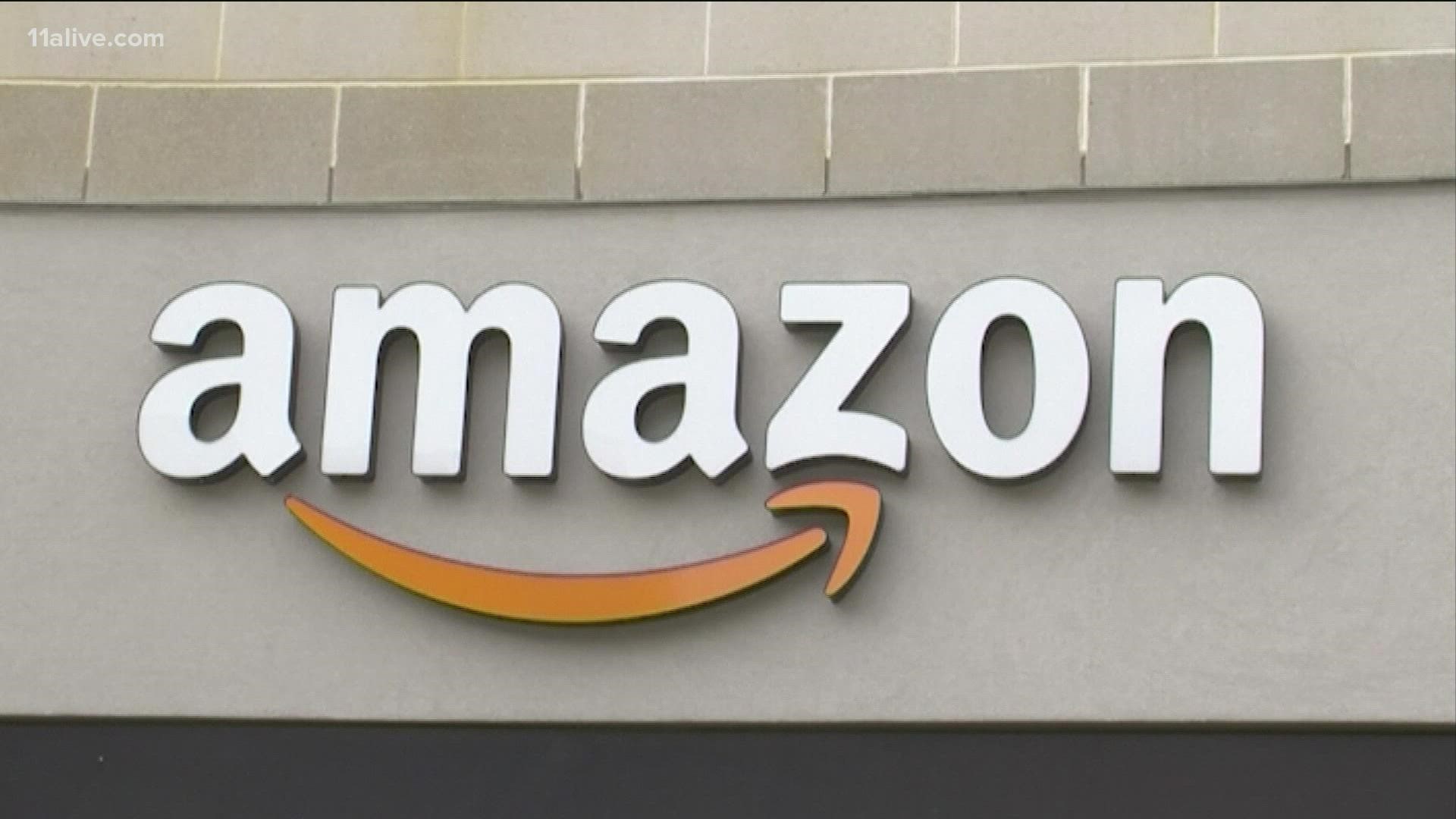