Cosby, 83, is a free man after the Pennsylvania State Supreme Court issued an opinion to vacate his conviction. 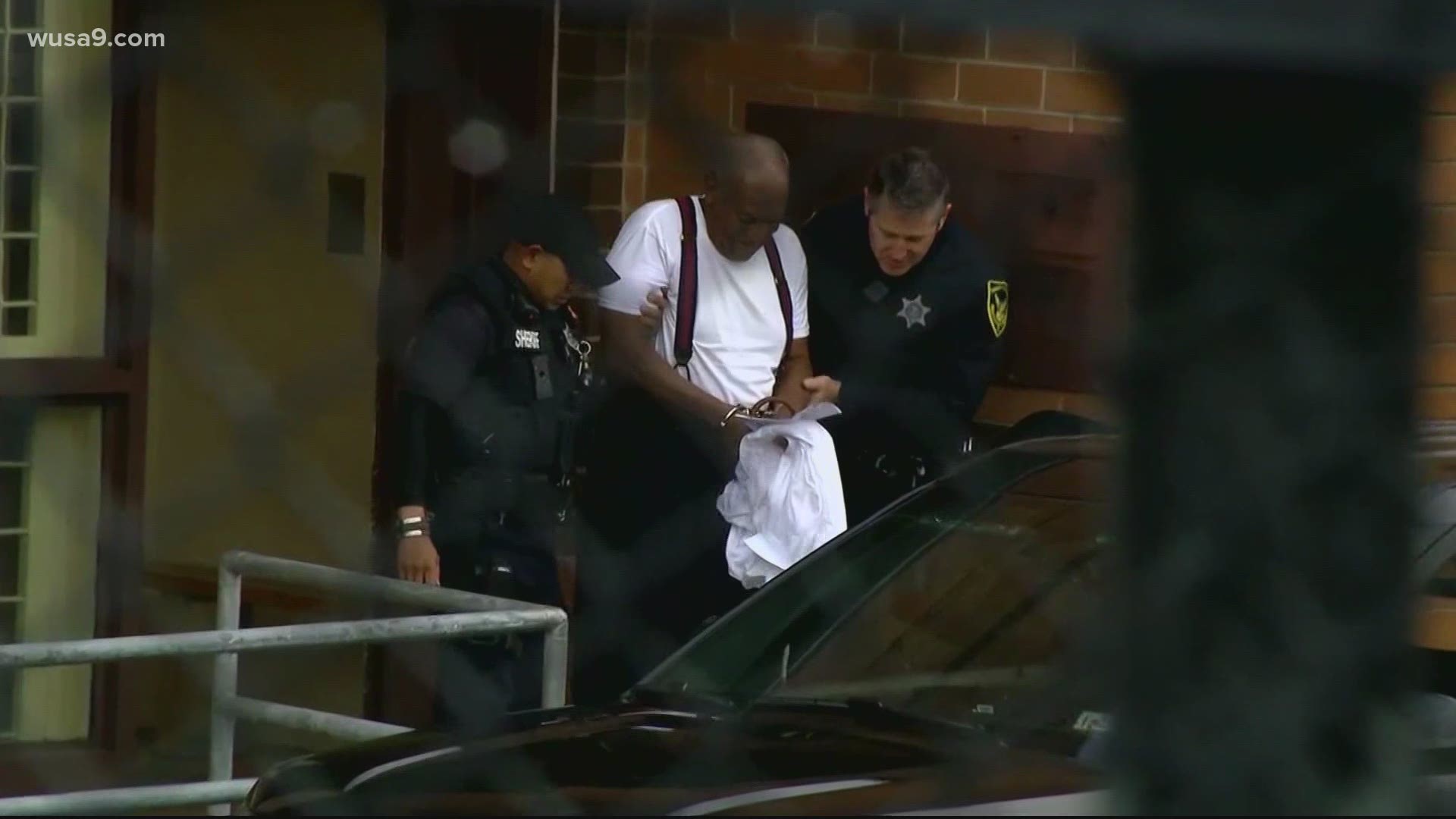 The former comedian had appealed to the court in December when his lawyers argued that Cosby’s entire life was put on trial that caused him to suffer unquantifiable prejudice.

The Supreme Court agreed to review two aspects of the case that Cosby’s lawyers challenged. The first involved the judge’s decision to let prosecutors call five other accusers. The other examined Cosby’s argument that he had an agreement with a former prosecutor that he’d never be charged.

The Supreme Court ruled that the prosecutor who brought the case against Cosby was bound by his predecessor's agreement not to charge Cosby. In 2005, the former Montgomery County District Attorney publicly announced he would not criminally charge Cosby after Andrea Constand reported he had sexually assaulted her.

The decision forced Cosby to testify in a civil lawsuit brought by Constand. Years later, that testimony was used as evidence to convict Cosby of the criminal offenses he had been told were off the table. The Supreme Court ruled this forced Cosby to give up his Fifth Amendment right against self-incrimination and called his arrest "an affront to fundamental fairness, particularly when it results in a criminal prosecution that was forgone for more than a decade."

The 83-year-old has been in SCI Phoenix, a state prison outside of Philadelphia, after a jury convicted him in 2018 of three aggravated indecent assault counts—and the court deemed the elderly inmate a ‘sexually violent predator’ for posing an ‘imminent safety risk to women.’

A once-beloved comedian long known as “America’s Dad,” Cosby became the first celebrity convicted of sexual misconduct in the #MeToo era when he was convicted of drugging and sexually assaulting a woman at his home near Philadelphia in 2004.

While Cosby is now free, Wednesday's ruling could be appealed to the U.S. Supreme Court. However, prosecutors have yet to say whether or not they plan to do so.

His team spoke outside his Philadelphia area home on Wednesday afternoon:

“The majority decision by the Pennsylvania Supreme Court orders the release of William H. Cosby Jr. from state prison. He was found guilty by a jury and now goes free on a procedural issue that is irrelevant to the facts of the crime. I want to commend Cosby’s victim Andrea Constand for her bravery in coming forward and remaining steadfast throughout this long ordeal, as well as all of the other women who have shared similar experiences. My hope is that this decision will not dampen the reporting of sexual assaults by victims. Prosecutors in my office will continue to follow the evidence wherever and to whomever it leads. We still believe that no one is above the law—including those who are rich, famous and powerful.”

Last year, Cosby's parole was denied for reasons including a negative recommendation from the Pennsylvania Department of Corrections and Cosby's refusal to participate in a treatment program for "sex offenders and violence prevention," Deadline reports.

Cosby's representative, Andrew Wyatt, reportedly told USA TODAY that the decision was not a surprise because the parole board said Cosby would be denied if he did not participate in the SVP, or Sexually Violent Predator, courses.

You can read the Pa. Supreme Court opinions here:

Editor's note: A previous headline for this story said the charges against Bill Cosby were dropped. It has been updated to reflect that the conviction was overturned.