The birth rate in the U.S. has dropped for the fourth year in a row, according to the CDC. 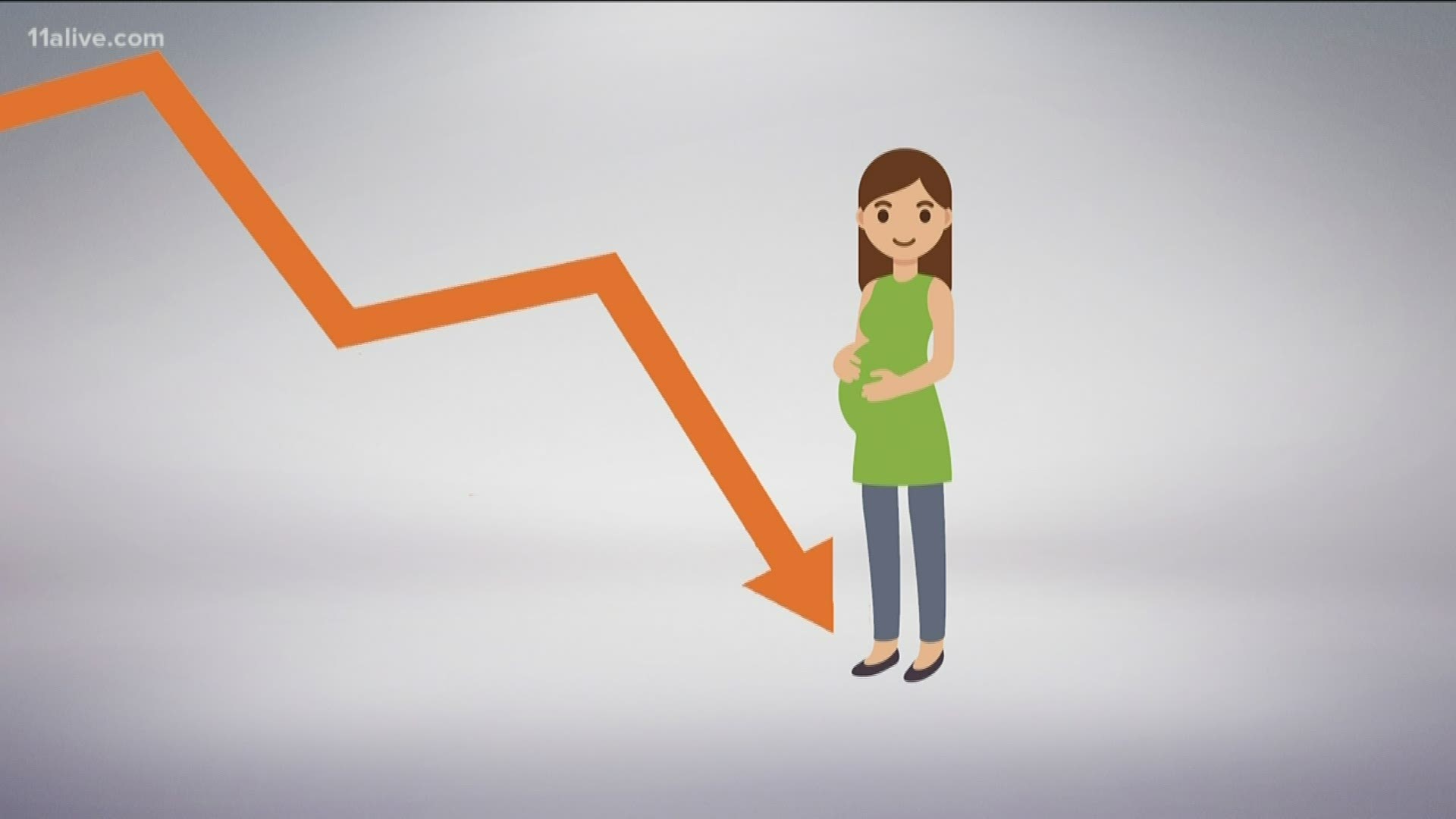 The birth rate in the U.S. has declined for the fourth year in a row, hitting a "record low," according to year-end data from the Centers for Disease Control.

The birth rate remained below "replacement," which is the the amount of babies that would have to be born for a generation to exactly replace itself-- generally considered to be 2,100 births per 1,000 women. According to the CDC, the U.S. has been below replacement since 1971.

The CDC also concluded the following from its 2017 data:

Birth rates declined among women of all ages except women 35-44. The rate went up one percent for women age 35-39 and rose 2 percent among women age 40-44.

The mean age of mothers giving birth to their first child was 26.9 years old, a .1 percent increase from 2017.

Birth rates rose only in New York and New Jersey.

Tobacco use during pregnancy

The percentage of women who smoked while pregnant in 2018 dropped by six points from 2017.

The amount of women seeking prenatal care in their first trimester of pregnancy rose by .2 percent.

You can read the full report here.