Even with his efforts and his current support, he still may have some hurdles to climb. 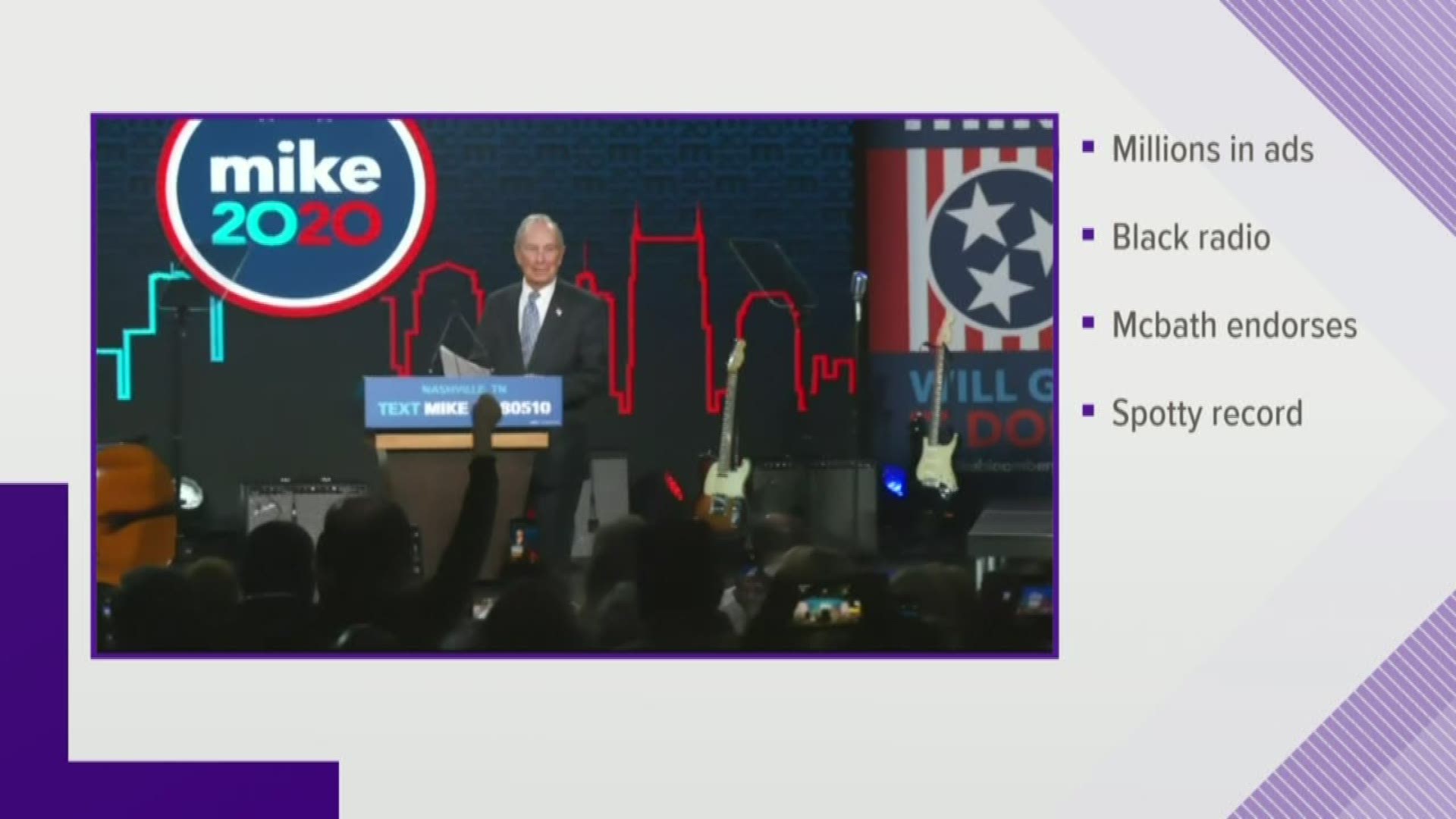 ATLANTA — Mike Bloomberg has already gathered a fair amount of support for the Democratic presidential nomination even while skipping the first few states.

He's one of the richest men in the world and is putting his own money into his campaign. It appears that a primary focus is getting the support of black voters.

He's spent millions on ads in states like Alabama, North Carolina, and Tennessee, where black voters influence the Democratic winner.

Bloomberg targeted his ads to black radio stations, met with black ministers, and put out a high-priced Super Bowl ad featuring a black mother who lost her son to gun violence.

In Georgia, Congresswoman Lucy McBath has endorsed him for president.

Even with his efforts and his current support, he still may have some hurdles to climb.

Comments from 2015 have resurfaced where he defended the controversial “stop-and-frisk” policing tactic that has been found to disproportionately affect minorities.

"I don't think those words reflect what, how I led the most diverse city in the nation," Bloomberg said at a recent campaign stop.

He is seeking to move past the remarks, and on Wednesday, he announced a trio of endorsements from Congressional Black Caucus members.

"I have apologized for taking too long to understand the impact of stop and frisk on Black and Latino communities," he said in a tweet earlier this week.