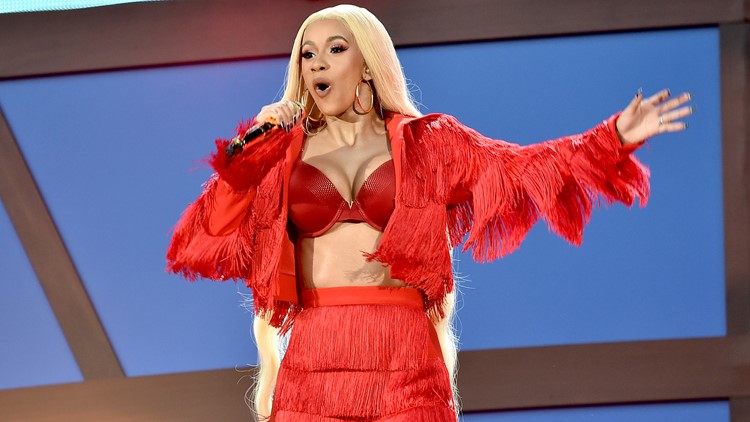 Photo by: Theo Wargo
Cardi B performs onstage during the 2018 Global Citizen Festival: Be The Generation in Central Park on September 29, 2018 in New York City. (Photo by Theo Wargo/Getty Images for Global Citizen)

Cardi B arrested, charged with endangerment and assault in NY strip-club fight

Cardi B, who performed at a major concert in New York's Central Park Saturday night, spent Monday at a police station in Queens after she was arrested and charged with misdemeanor reckless endangerment and assault stemming from a strip club fight in August.

Officer Andrew Lava, a spokesman for the New York Police Department, confirmed that the platinum-selling rapper, accompanied by her attorney, surrendered at the 109th Precinct, was arrested and released with a "desk appearance ticket" to return to face the charges at a later, unspecified court date.

Because the charges are misdemeanors, she was eligible to be released on a desk appearance ticket, Lava said.

The charges involve a fight-turned-assault at the Angels Strip Club, not far from the precinct, on Aug. 29, in which Cardi B and some in her entourage are alleged to have thrown furniture recklessly, causing injuries to employees' feet and legs.

No one else has yet been arrested or charged in connection with the melee, Lava said.

Neither Lava nor another NYPD spokesperson, Officer Arlene Muniz, could provide much detail about the incident but TMZ and ABC News, among others, reported it was a bar fight that involved an assault on two women bartenders and it allegedly involved people Cardi B was with that night.

TMZ ran a paparazzi photo of the hip-hop star headed to the precinct wearing Marilyn Monroe-style blond hair, a white blouse and white heels and a khaki skirt split up the side.

Her attorney was not identified. Her reps at Atlantic Records did not immediately respond to an email from USA TODAY seeking comment.

Cardi B, 25, was in New York Saturday night performing at the 2018 Global Citizen Concert in Central Park's Great Lawn.

She is not a stranger to trouble and disputes. Her most recent dust-up, with fellow rap star Nicki Minaj, occurred less than a month ago at a New York Fashion Week party, where the two got into a fight that led to Cardi B being escorted out sporting a huge lump over her eye.

A person who witnessed the incident who asked for anonymity because they were not authorized to speak publicly told The Associated Press that Minaj was finishing up a conversation with someone when Cardi B tried to attack her, but Minaj's security guards intervened.

Later, Cardi B alleged on Instagram that Minaj had made disparaging remarks about her ability to be a good mother. (She and rapper Offset recently welcomed a daughter.) Minaj called that "a bunch of lies."