Charges: Man who pushed boy off Mall of America balcony planned to kill someone

A criminal complaint filed Monday details how investigators say 24-year-old Emmanuel Deshawn Aranda approached the 5-year-old boy without warning and threw him off the balcony. 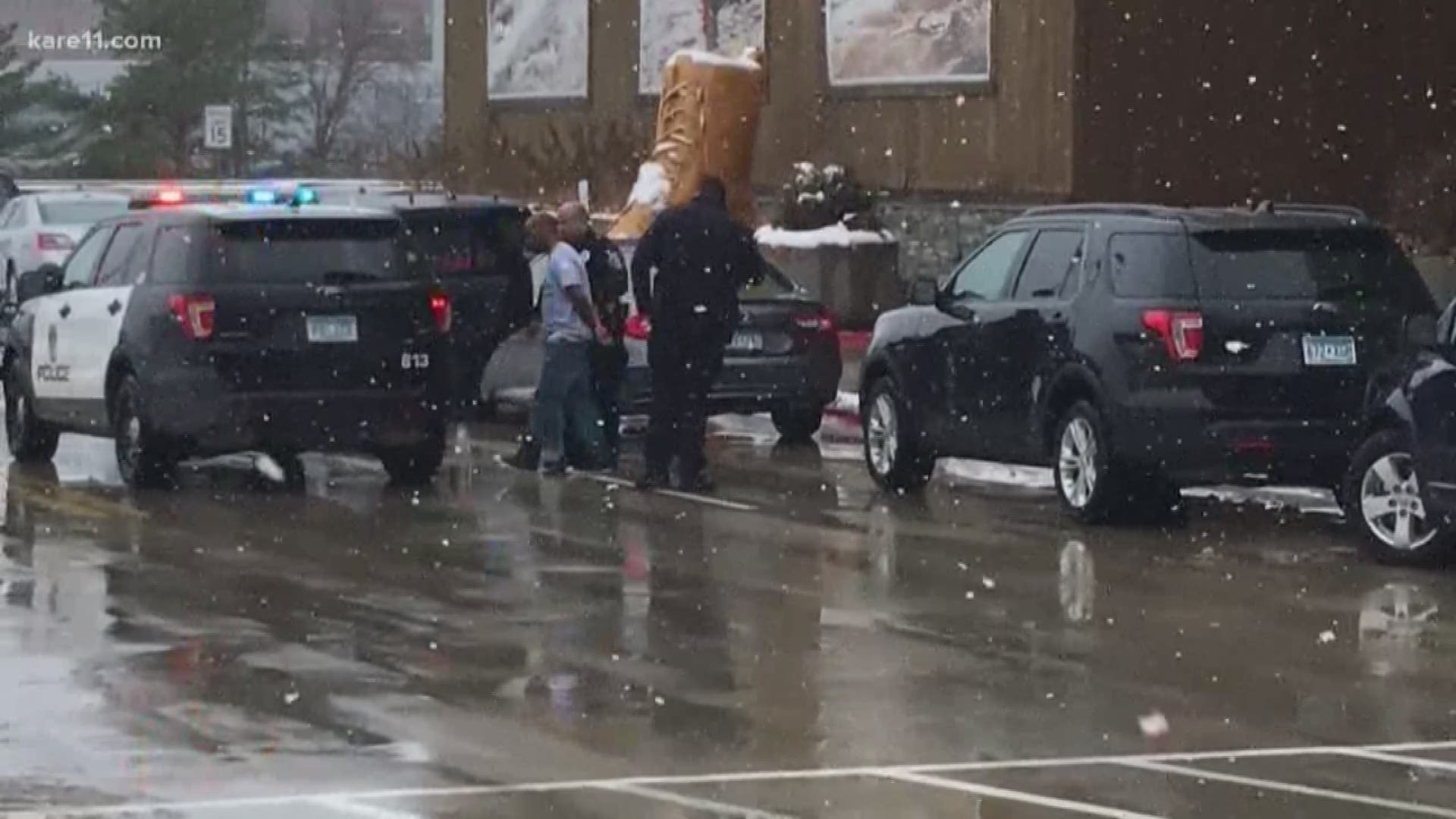 MINNEAPOLIS — A Twin Cities man with a history of erratic and criminal behavior is now charged with first degree attempted murder after police say he threw a child over a third-story railing to the ground below at Mall of America Friday.

A criminal complaint filed Monday details how investigators say 24-year-old Emmanuel Deshawn Aranda approached the 5-year-old boy without warning, picked him up and threw him off the balcony. Aranda then ran from the scene, pushing a witness who attempted to stop him against the wall. Officers eventually caught up with the suspect as he sat on a light rail train.

The boy's mother told officers that she and her son were standing in front of the Rain Forest Cafe with a friend and her child when a man they didn't know, later identified as Aranda, approached them and came very close. She asked him if they were in the way and should move, and without warning, the defendant picked up her son and threw him over the railing.

First responders indicated that the child had multiple fractured bones including his arms and legs, was bleeding from the head and had suffered massive head trauma.

RELATED: Child pushed from third floor of Mall of America, suspect in custody

When questioned by Bloomington investigators, police say Aranda told them he had formed a plan to kill someone at the mall the previous day, but that it "did not work out," so he returned to the mall on Friday. He said that he had planned to kill an adult as they usually stand near the railing, but chose the young victim instead. During the interview detectives say Aranda acknowledged repeatedly that he had planned and intended to kill someone at the mall that day and that he was aware that what he was doing was wrong. A review of video surveillance at the mall showed Aranda walking in the mall on the third floor and looking over the balcony several times before approaching the victim.

Aranda allegedly went on to say that he had been coming to the Mall of America for several years and had attempted to talk to women but was repeatedly rejected. That rejection caused him to lash out and be aggressive. 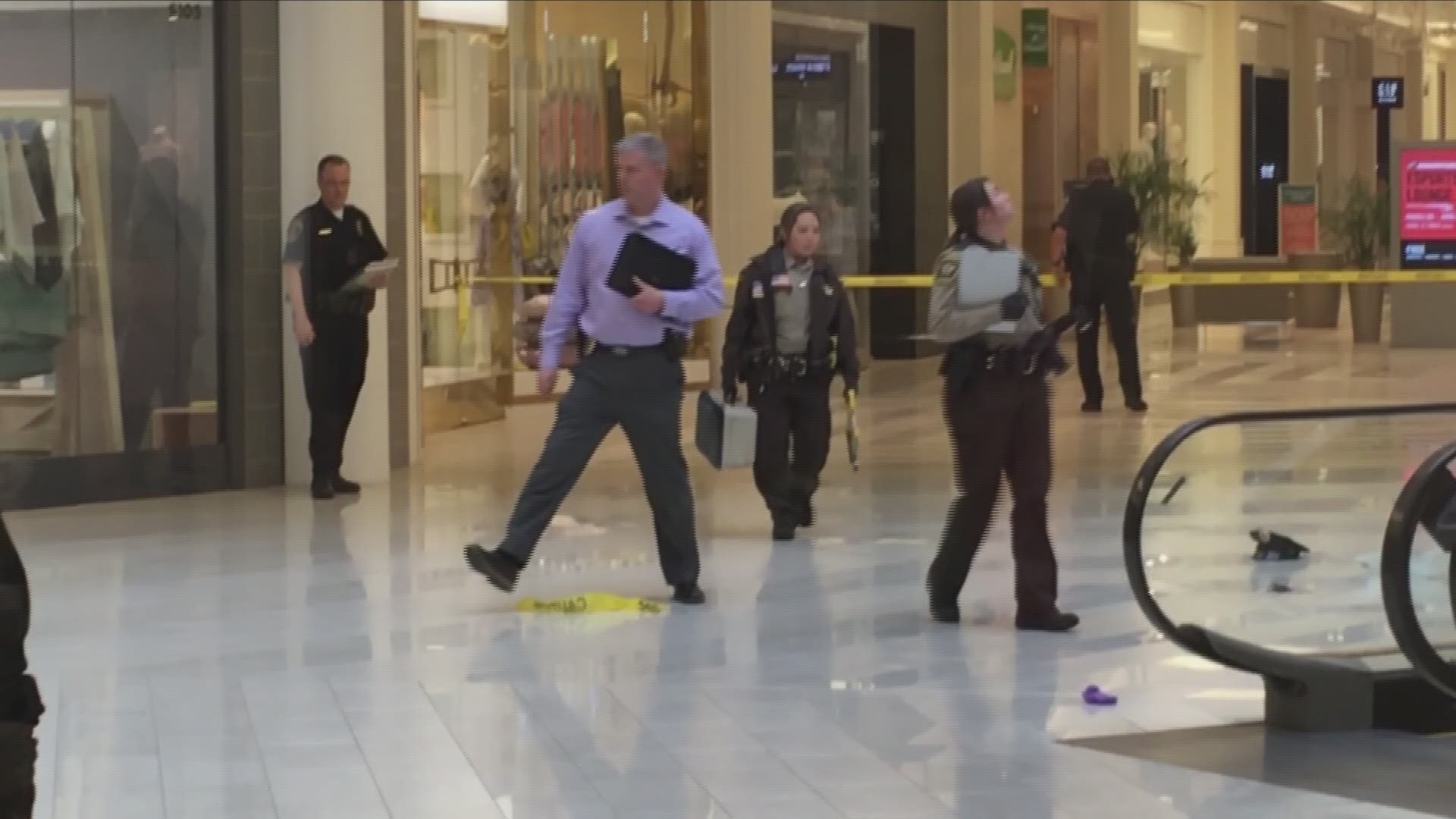 The child landed on the first floor in front of numerous people after falling for approximately 39 feet. He is currently in critical condition receiving all available treatment. Prosecutors are promising to pursue an aggravated sentence based on particular cruelty to the victim, his vulnerability as a 5-year-old, and the fact that the crime was committed in front of other children and the victim’s mother.

“This crime has shocked the community,” Hennepin County Attorney Mike Freeman said. “That a child, with his mother, at a safe public area like a mall, could be violently attacked for no reason is chilling for everyone. Our victim advocates are working with the family during this very difficult time for them. We charged Mr. Aranda with the most severe crime that the evidence allowed.”

Friends of the victim's family started a GoFundMe account to help with medical bills. The campaign has already surpassed its $500,000 goal as of Monday morning.

RELATED: Man suspected in MOA attack had been banned from mall before

Court records show Aranda was arrested on July 4, 2015, after police said he matched the description of a man throwing things off the upper level of the mall. Responding officers say he refused to give his name and resisted arrest. Aranda also was accused of walking into a mall store and sweeping his hand across a display table, breaking glasses.

In October 2015 he was accused of throwing glasses in Twin Cities Grill in the mall. Prosecutors say he approached a woman who was waiting for the restaurant to open and asked her to buy him something. The woman refused, and Aranda allegedly threw a glass of water in her face and a glass of tea that struck her leg. At the time he was under a trespass notice from the earlier incident banning him from the mall until July 4, 2016.

The complaint says Aranda is currently wanted on a warrant for assault in the state of Illinois, and a conviction for first degree damage to property in Hennepin County.

A memorial has grown at the site of the fall, including gifts, flowers and messages of love. The Mall of America released a statement on Monday, saying they will "keep these items safe and handle them according to the family's wishes."

Best Buy CEO to step down