Charlie's ark and Morgan's mission: Two Texans set out to save a flooded community

They mobilized with a goal of saving whoever they could - and they fought through the roughest circumstances to do it. 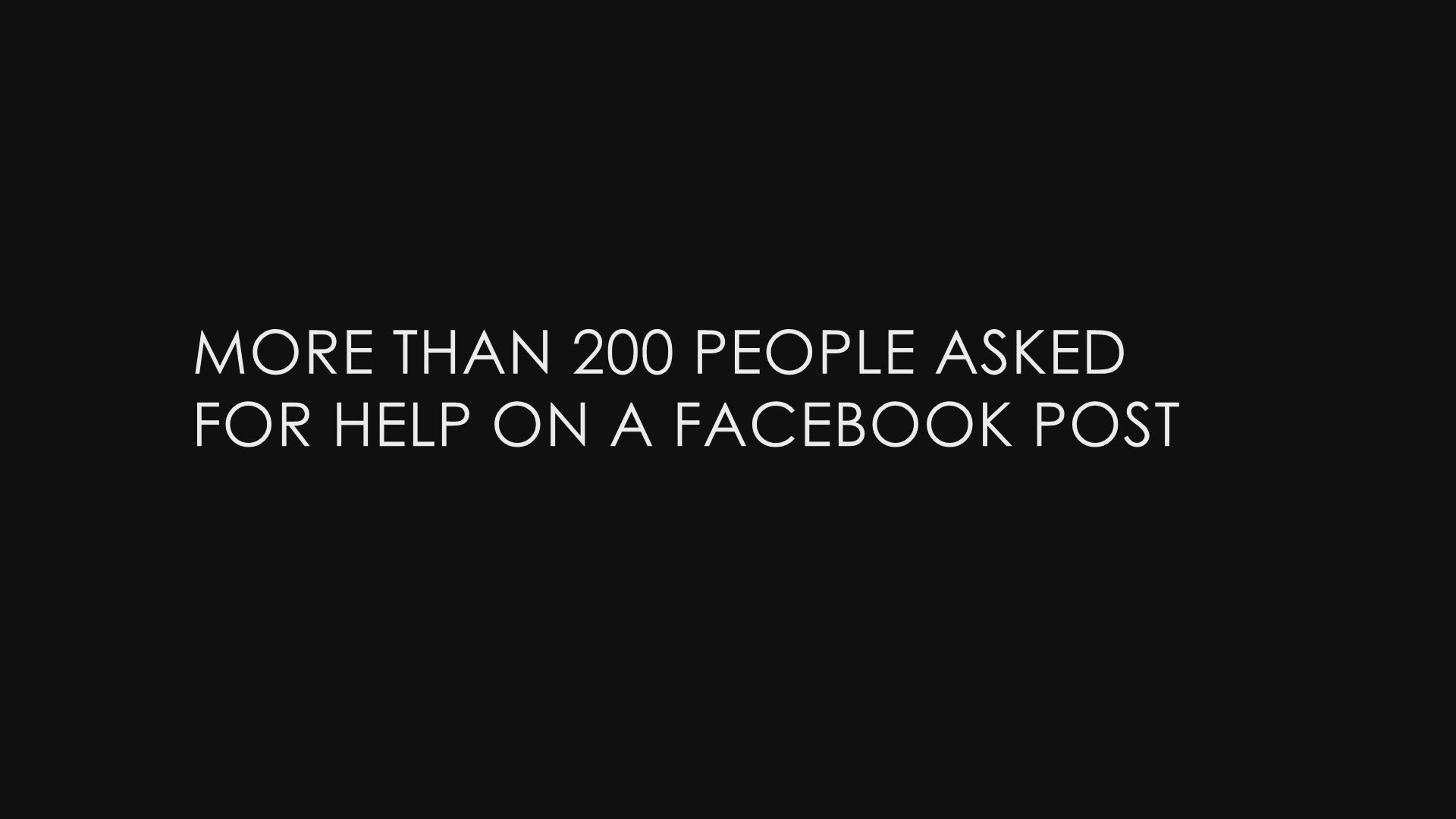 CYPRESS, Texas -- Facebook is flooded with desperate pleas as Harvey's relentless rains refuse to quit. Over the course of 12 hours, from Sunday night into Monday morning, Lakewood Forest swiftly submerged.

First thing in the morning, Charlie Diggs and Morgan Weiderhold mobilized at a Buckees gas station. But plans for their pontoon boat hit a snag when the trailer tire blew out alongside State Route 249. Other big trucks and a wrecker rolled up within minutes. Sometimes the rescuers need rescuing. And there was plenty of that going around today.

After taking off the tire, this crew was back on track and headed to a part of town where more than 200 people posted for help. As they pulled up, it was clear other brave boaters also got the memo.

►MORE AMAZING STORIES: Living through the flood: Stories of hope from Harvey

To navigate Lakewood Forest, Morgan managed calls, texts, and Facebook requests for rescue while Charlie steered the ship. This isn’t organized. There’s no way to know who’s been saved and who’s just sticking it out. There's no WAZE app here warning boats of road hazards - mailboxes, limbs, and power lines could swing into their path without warning.

But Charlie and Morgan operate like professional first responders. Maybe Charlie's regular gig as a music promoter prepared him to take the helm. Or Morgan's time as a Houston Texans cheerleader taught her to rally and wrangle a growing crowd. Whatever it was, they rose up.

Armed with addresses, they started making house calls. The people and pets piled those pontoons meant for 12. Strangers and neighbors all squished in together and no one was complaining. There were even several smiles. 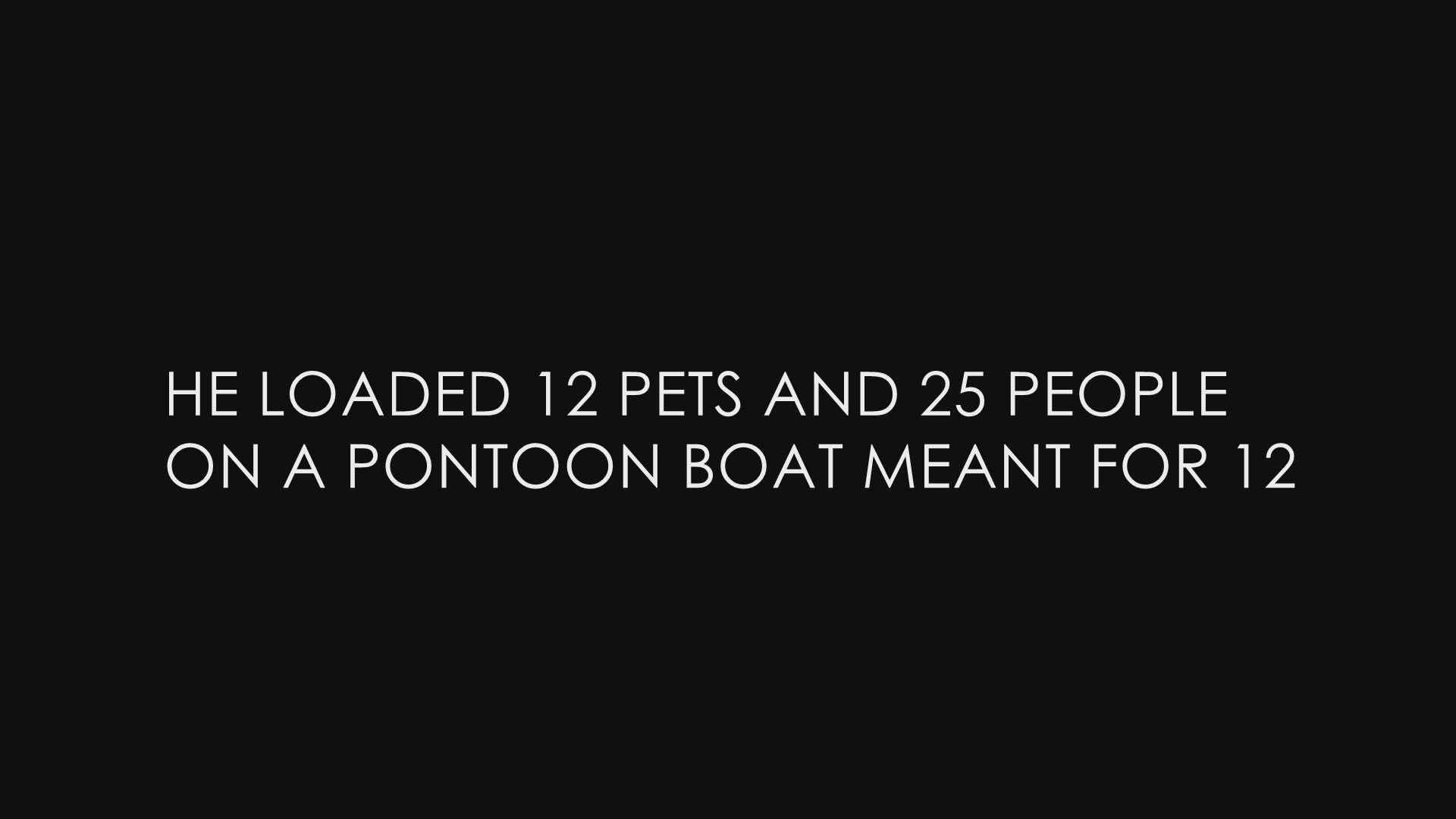 Charlie's Ark filled fast. They scooped up 27 people, eight dogs, and three cats. It got to the point that they had to turn people away to wait for another ride. As the boat loaded up, mailboxes might as well have been land mines and sagging power lines started looming way too close. But when lives are on the line, it's hard to leave anyone behind.

With the boat packed beyond capacity, the water rushed in. Suddenly, giggles turned to turns tears - because after you think you're safe, it's hard imagining how it could get worse.

But Charlie and Morgan expertly navigated this ship to safety. Plus, a little help from new friends kept the boat afloat. Worry eased into relief as the shoreline started to come back into view. Damp pavement was a welcome sight after wondering how on Earth they might escape the rushing water. Everyone got off with a place to go and peace of mind. They were trying not to think about what's happening down the block and just appreciate the dry land.

Charlie and Morgan didn’t expect a thank you, but they got plenty of them. There were hugs and handshakes and wet welcomes from waiting friends. Other family members were already waiting to lift pups and people out of harm's way. Bags of belongings came, too. But what happens to everything else left behind is out of their hands.

Instead of running back inside to get warm and dry off, Charlie and Morgan go back for more. The next few trips look less like an ark. The current was just too strong and the boat isn't made for these streets. By the day's end, they rescued more than 50 people, dozens of dogs and countless cats.

And they know it's not over yet.