The employees gave the customer a fresh meal and two free cookies for his trouble. 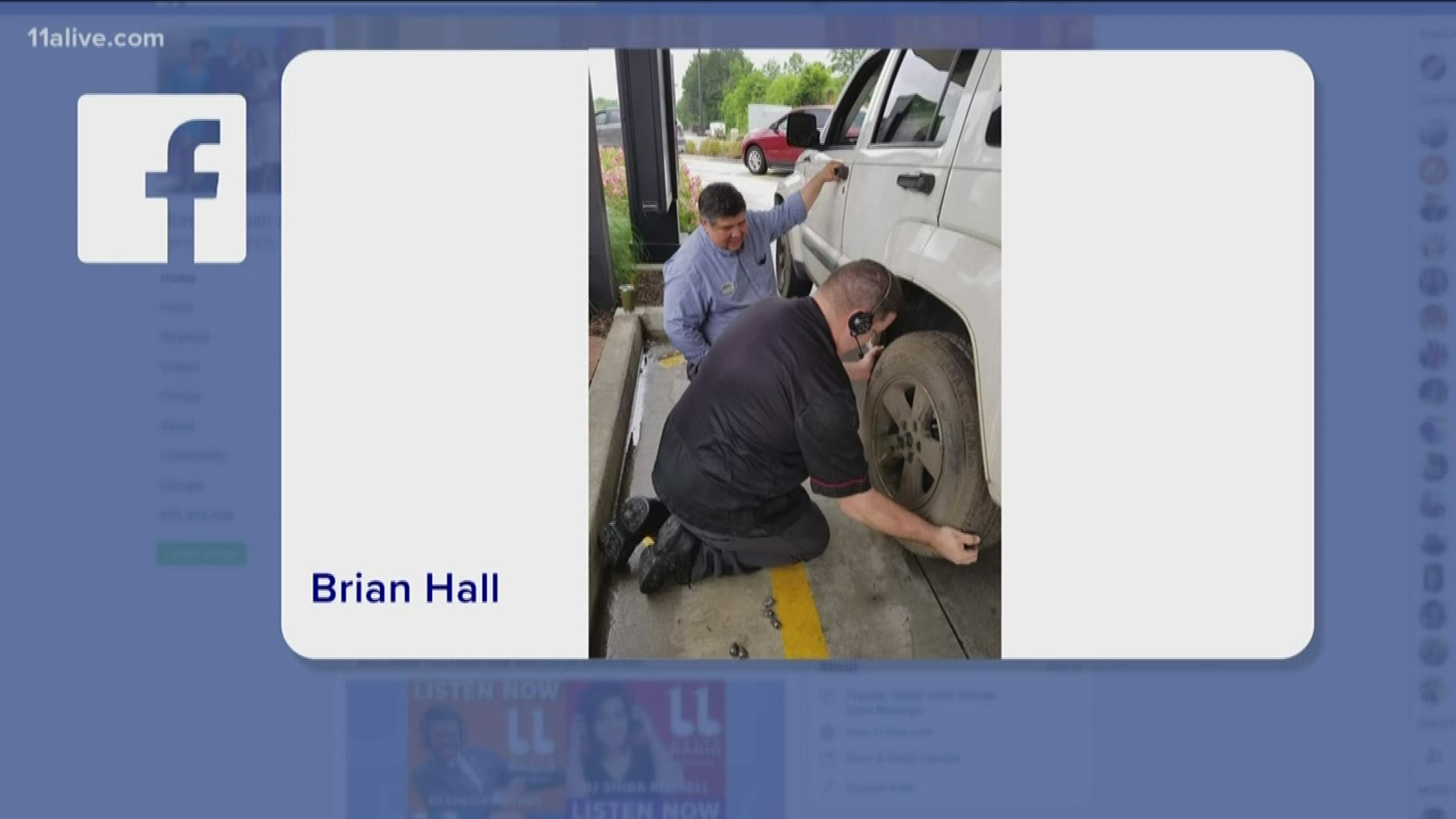 A Chick-fil-a employee is being praised for helping a customer waiting in the drive-thru with his flat tire.

Brian Hall was waiting in line in his car at a Chick-fil-a in East Ridge. Tennessee when his car unexpectedly got a flat tire. An unnamed employee quickly came out to save the day.

Afterwards, the store gave him a fresh order and two free cookies.

"Those people are truly doing the lord's work over there!" he said in a Facebook post. Hall shared a photo of the employee changing his tire. The photo has so fair gained more than 1,000 likes and more than 400 shares.

Believe it or not, this isn't the first time a Chick-fil-a employee went above and beyond to help a customer with car troubles. According to Chick-fil-a's blog, in 2017, Kevin Brock, a local franchise operator at a Chick-fil-a in Denver saw that a car was stalled in the drive-thru. He and other employees pushed the car to the parking lot to jump it, and even gave the customers their usual order when they realized they were regulars.