Child in need of a heart asks for Valentine's Day cards

10-year-old William Sidebottom needs a new heart. But today he just wants cards with hearts on them. 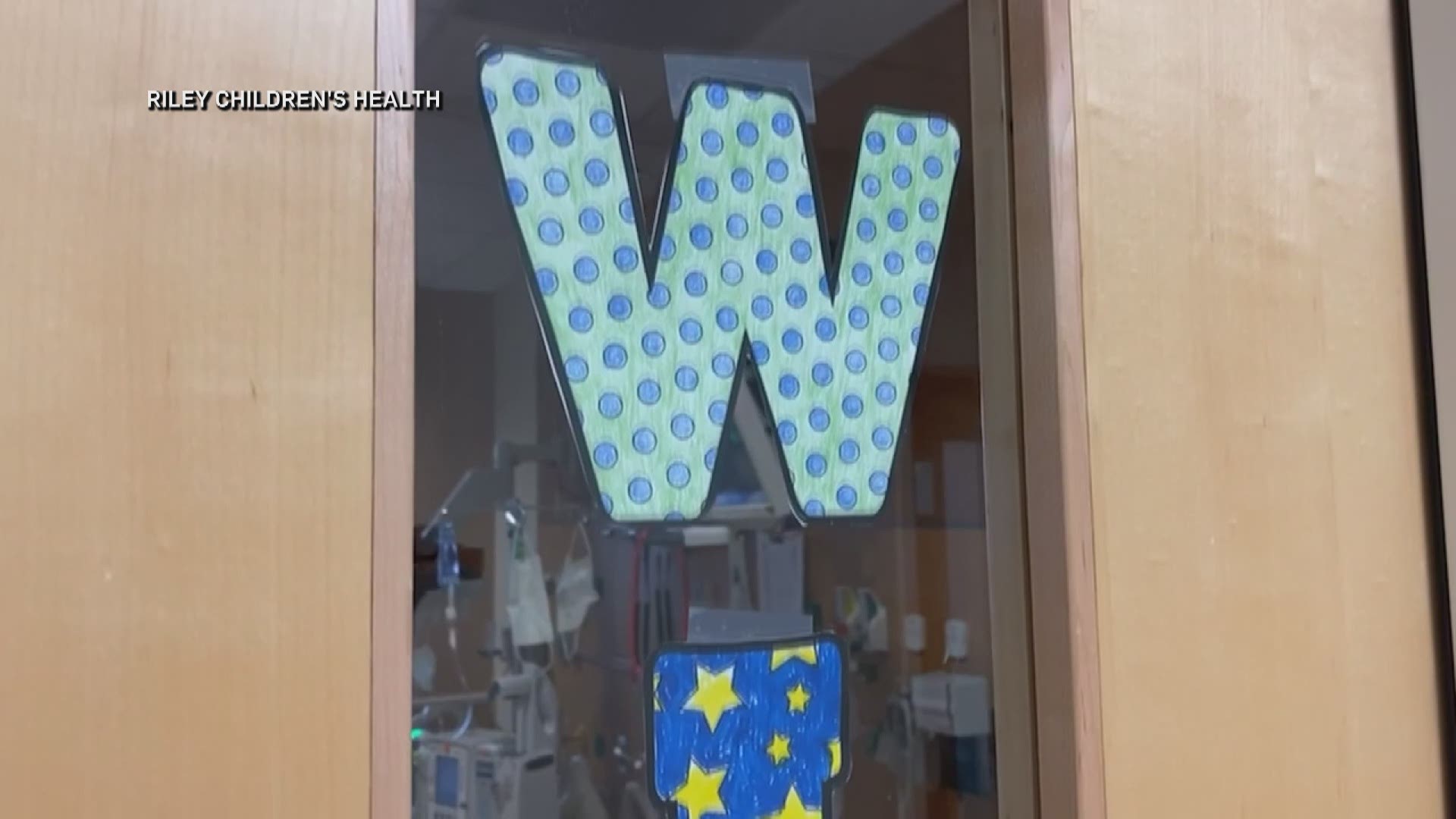 William Sidebottom is in need of a heart, but that's not what the 10-year-old is asking for right now.

He's looking for a little love and hoping Valentine's Day could help.

That's because William is asking people to send him Valentine's Day cards with hearts on them or the shape of a heart.

"His room is covered with hearts and we are waiting for a heart so," said Jennifer Lowery, William's mother.

He is waiting to get on a transplant list for a second time. He was six years old when he received his first heart transplant.

RELATED: Why is February 14 the holiday of romance?

RELATED: 202-year-old Valentine's Day card to be auctioned off

RELATED: Valentine's Day: What are people searching on Google?

RELATED: Valentine's Day food deals for couples, singles and all the rest

"He was doing really well too so it just came out of nowhere. His vital signs stayed stable. Everything looked normal until they went inside and did a biopsy and found 90 percent blockage," Jennifer said.

He has undergone four open heart surgeries in his young life. Now he is waiting in isolation at Riley because of the current flu epidemic and hoping he will get another chance.

He's hoping your Valentine heart card will help keep his spirits up.

"Because it distracts me. It keeps me thinking about one thing instead of everything else," William said.

"His eyes just light up. He's just happy and more excited. You can tell he feels special because he knows people all over the world are thinking about him. They know he's special, and he knows he's special," Jennifer said.

The family moved from North Carolina back to Indiana to Riley Hospital in hopes of securing another transplant.

"Most of our stuff is in storage because we just ran up here. Packed all our stuff into a U-Haul. We were trying to save his life, so all of our things got stacked in a storage unit," Jennifer said.

So now they wait for the rest of us to show how much heart we have. You can send cards to 705 Riley Hospital Drive, Indianapolis, Indiana 46202.

You can also send William Sidebottom a virtual postcard, which you can access on the Riley Children's Health website.