Four days prior to a deadly Denver hit-and-run, Juan Sanchez was arrested in Black Hawk on suspicion of DUI. 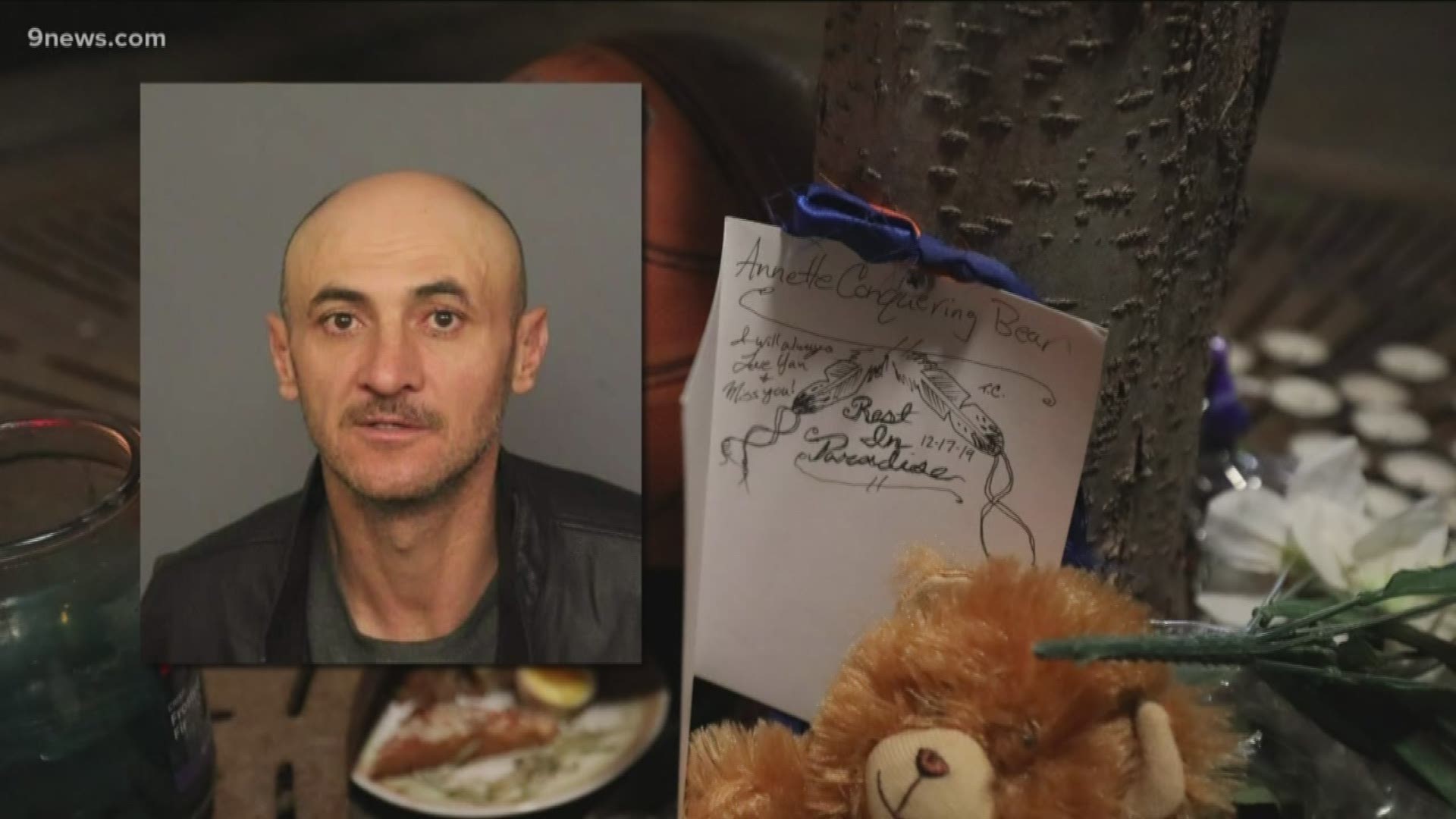 DENVER — The Mexican national now formally charged with last week’s fatal hit-and-run at the intersection of West Colfax Avenue and Zenobia Street had been deported six times in the last two decades, according to Immigration and Customs Enforcement (ICE) officials.

Days later, Denver Police believe Sanchez – driving the same borrowed SUV that police in Black Hawk said Sanchez was driving when arrested on suspicion of DUI – struck and killed Conquering Bear as she was walking home from an errand at a nearby Walgreens.

Denver prosecutors formally charged Sanchez Monday with vehicular homicide and leaving the scene of an accident. A jail log indicates Sanchez’s bond is $500,000.

Late last week, ICE officials confirmed to 9Wants to Know that Sanchez is currently living in the country illegally. Monday, in a written statement, ICE provided more detail about Sanchez’s past run-ins with immigration officials.

In the statement, ICE said Sanchez (who they refer to as Juan Sanchez-Martin) had been removed from the United States twice in 2002, three times in 2008 and once in 2012.

“Sanchez is an ICE enforcement priority,” the statement reads.

ICE has asked the Denver Sheriff Department for a detainer request on Sanchez should he come up with the money to bond out of the downtown Denver jail.

“The immigration detainer requests that ICE be given timely and specific notification before [Sanchez] is released from local custody for any reason,” according to the ICE statement.

ICE did not ask for a similar detainer on Sanchez when he was briefly held in the Gilpin County Jail following his arrest on Dec. 13 in Black Hawk on suspicion of DUI.

“[Sanchez] was released from local custody before ICE officers could lodge an immigration detainer,” according to ICE.

RELATED: A look at the number of people ICE detained in Colorado and Wyoming over the last 6 years

According to a Black Hawk police report obtained by 9Wants to Know, Black Hawk officers arrested Sanchez after a report came in that a white GMC truck was “pulling into the Isle [Casino] Garage level 1 after driving up the wrong side of the ramp leading to the parking garage.”

A preliminary breath test, according to the arrest report, says Sanchez’s blood-alcohol content was 0.183, or more than twice the legal limit.

While in the back seat of an officer’s car as it made its way to the jail, Sanchez reportedly said, “I’ll fight my way out of jail” and “I will only be in jail two minutes.”

Once inside the jail, according to the police report, “Sanchez refused to sit down on the booking bench.”  At one point, Sanchez “began laying down on the floor [of a jail cell] refusing to listen to any orders.”

Despite the behavior, the Gilpin County Sheriff’s Office went ahead with a “book and release” with Sanchez.

“The jail’s decision of book and release was because Sanchez was uncooperative,” according to the report.

A friend of Sanchez's agreed to pick him up, and he left eventually left with a summons.

It is not known if jail officials were aware of Sanchez’s past immigration or criminal history.

Colorado Bureau of Investigations and ICE records reviewed by 9Wants to Know suggest Sanchez had been arrested on suspicion of DUI at least three times prior dating back to 2000.